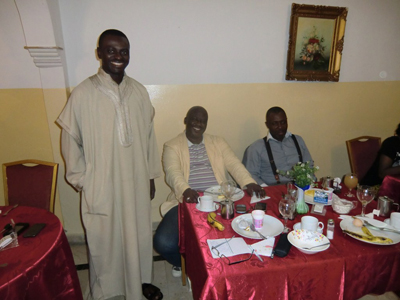 The three members of the parliament José, Joseph and Annicet

At 5 a.m. Judicaël, our interpreter, came to tell us it was time to depart for Mossendjo. We were quickly ready to go. But the urgency was not acute, as it later turned out. Congolese time applied. Annicet, Joseph and Myriam had arrived to the hotel. We talked about some MSG issues and then all of us presented him- or herself a little more to the others. It is very important to get to know each other well. That makes the picture clearer and then you can both send and get the right signals, and understand the context as good as possible. Joseph’s uncle Pascal Lissouba was President of the Republic of Congo, during the years 92 to 97. Joseph came as a refugee to London and has lived many years in Dublin, where his family still lives. He was called by the people here to come back, he did that and got elected by the people of Mossendjo to a seat in the Parliament. He is eager to make a difference in Congo. All of our political friends invest their private resources to make a difference in Congo.

Eventually, the whole entourage was gathered: bodyguards armed with Kalashnikovs and pistols, secretaries and TV crew. We had breakfast and by the time we went off in three full cars, the clock had become 7 a.m. Later on we were accompanied by another car. Pretty soon, we hit the dirt road and it stayed with us except for a few pieces of concrete road. We would drive 550 kilometers before we got to Mossendjo. A bit west of Brazzaville in a village, we met two Chinese men who have been robbed the same morning. A woman in the village warned us very seriously, so that we would understand how dangerous it was. One of the bodyguards sat in the front seat of our car and he had prepared his firearms. When it comes to curb criminal activity, he will probably not hold back. Nothing happened, thankfully. We arrived at 2:15 at night in Mossendjo. By then we had made ​​numerous stops to pee, eat baguettes and replenish the water need. Where there is life, water will constantly flow in and out. We only had one puncture and it occurred at 12.30 a.m. Our second car related incident was when a footrest on our car, a Nissan jeep, had loosened at one end and had to be screwed off.

We made ​​a stop in a village where the Catholic Church has a headquarters. We met with former Archbishop Jean-Claude Makaya-Loemba. He offered us a snack and we talked. Jean-Claude is about to start a school in Point Noire and he wants to start an entrepreneurial program at the school. He would like us to take responsibility for this program. If he can find a teacher who is interested in the subject area, this teacher could get our teacher training course in entrepreneurship.

We had to take the ferry over the river Louesse. The moon was full and lit up the dark rainforest. Three teenagers managed the ferry. Normally the ferry doesn’t run when it’s dark, but our friends had called the ferry stop and the youngsters agreed to help us. They pulled the ferry over the river with winches. First round, three cars plus all the people got over. On the other side of the river, the young ferry drivers put a plank between the ferry and dry land for us to walk on. Everyone managed the balancing act. The ferry then returned for car No. 4. When it boarded the ferry, the steering was injured. It had to stay on the other side to be repaired. Some of the crew went back to stay and help. They reached the destination at 8 a.m. on Thursday. All our stuff was in that car, which meant we had no computer and no toiletries.

After 400 km in the car I, Bernt and Judicaël shared the same predicament. We all had quite sore behinds. We were travelling in a jeep with hard seats and the support mountings were out of work as far as we could understand. We expressed our concerns and were transferred to an almost new Nissan jeep, it was wonderful. Our slightly battered hindquarters were already rehabilitated when we arrived in Mossendjo. We passed by Kinkala and Kimbendi. In these places the Swedish missionaries started in 1909, our friends told us. Joseph talked about the Edvin Broman family of the village Madouma, and yesterday evening we saw the house the family lived in.

We have not had any internet since we left Brazzaville, hence the silence. 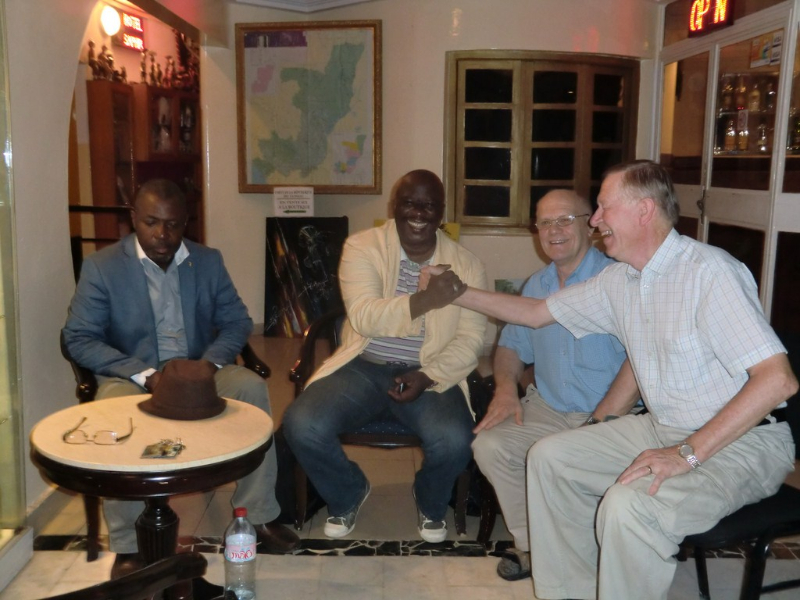 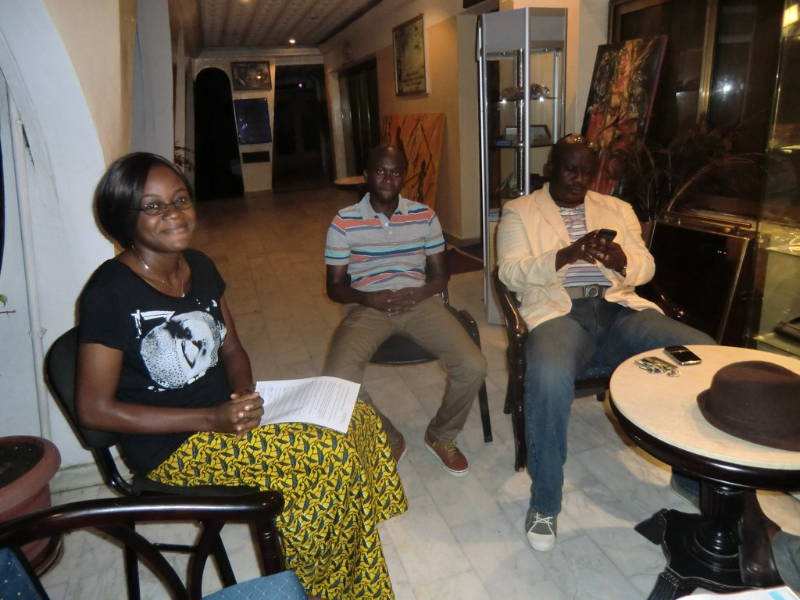 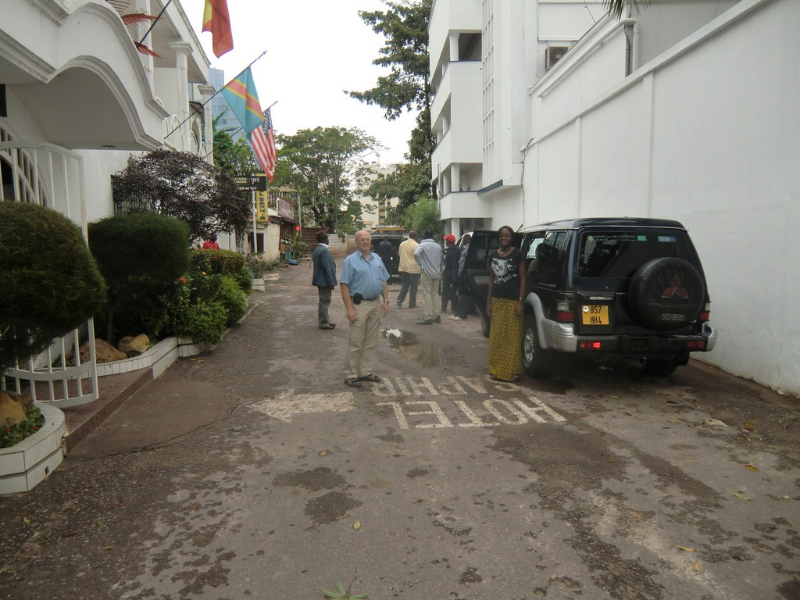 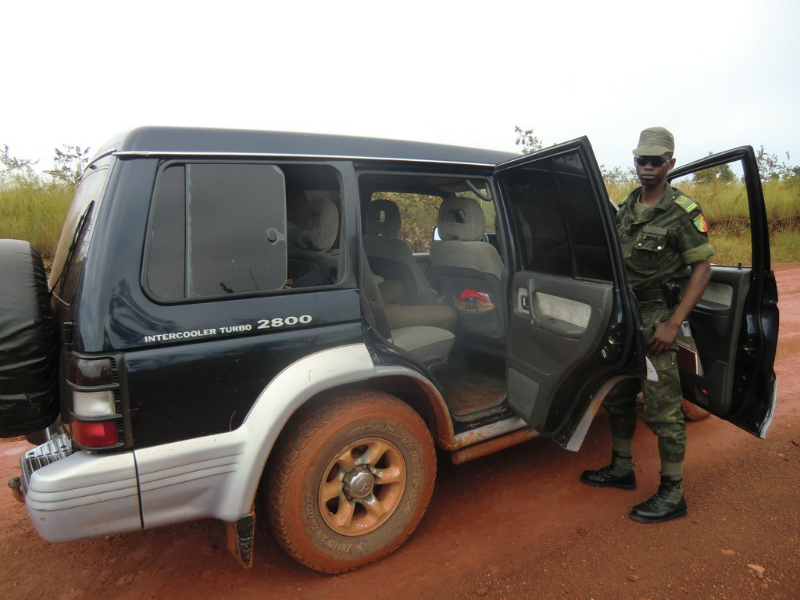 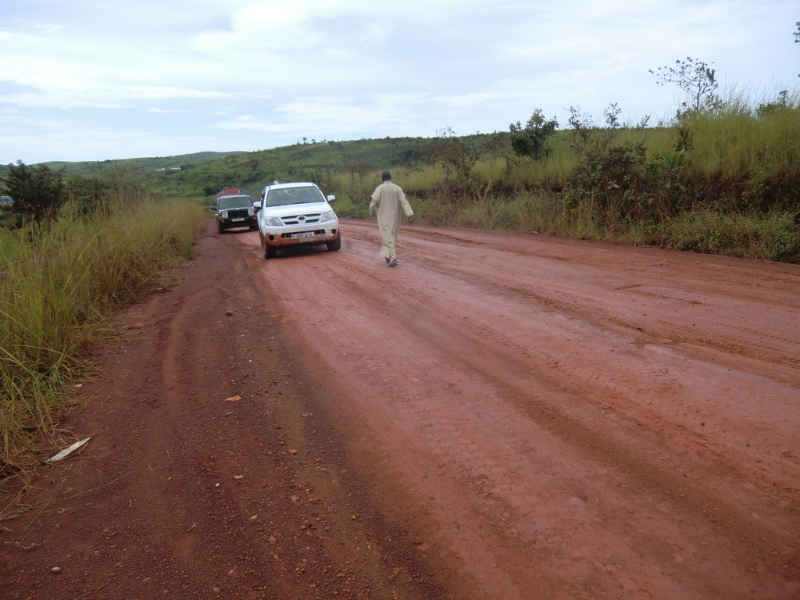 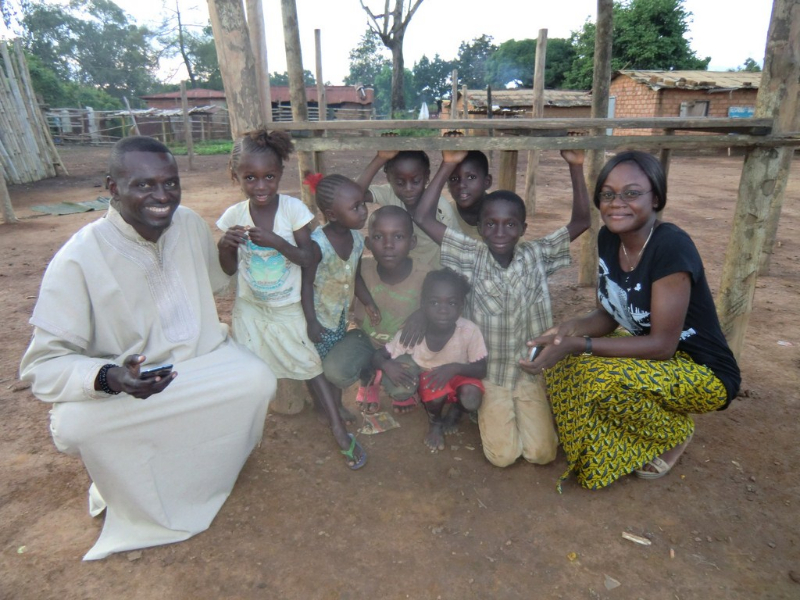 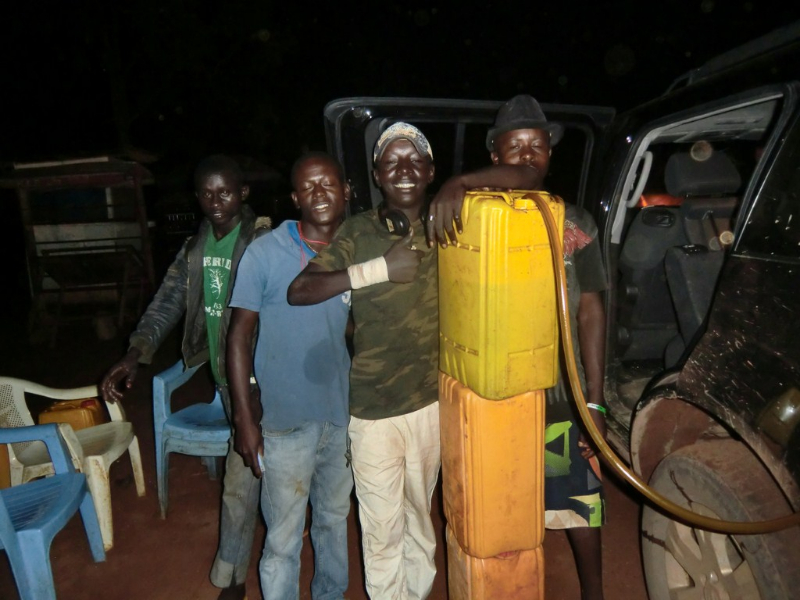 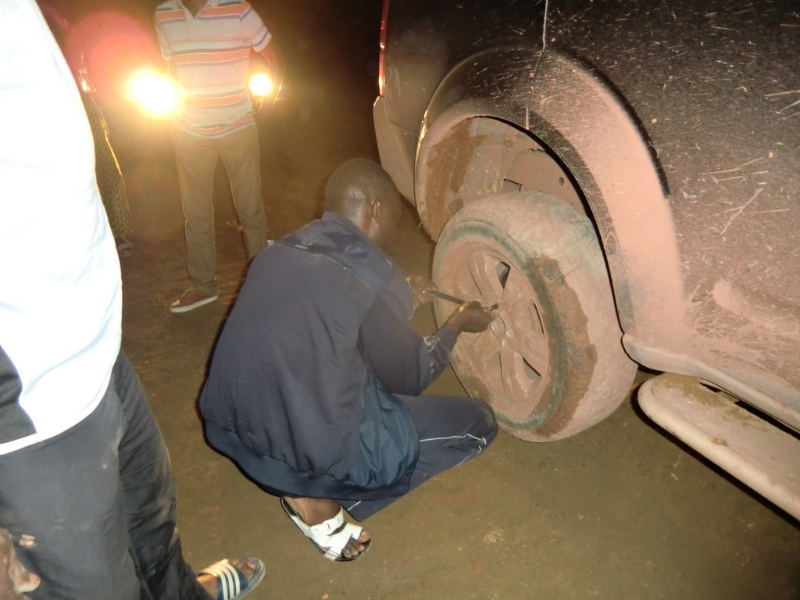 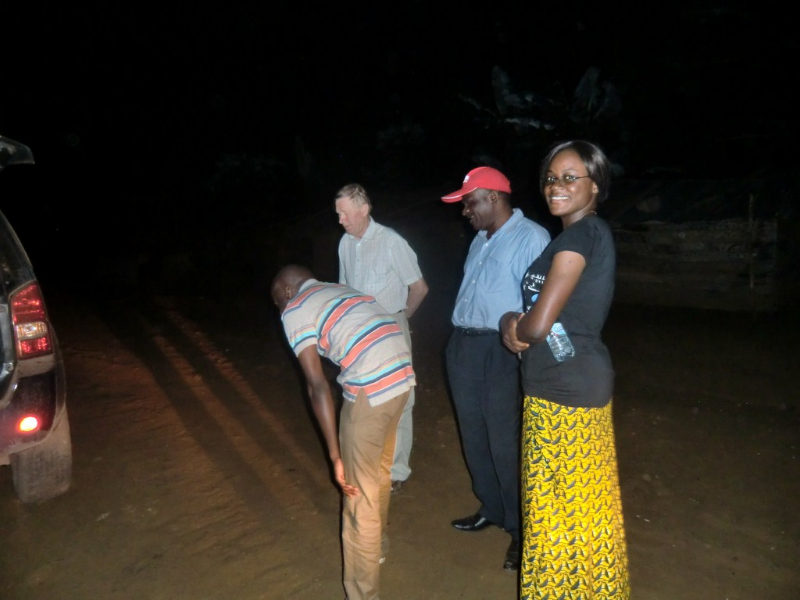 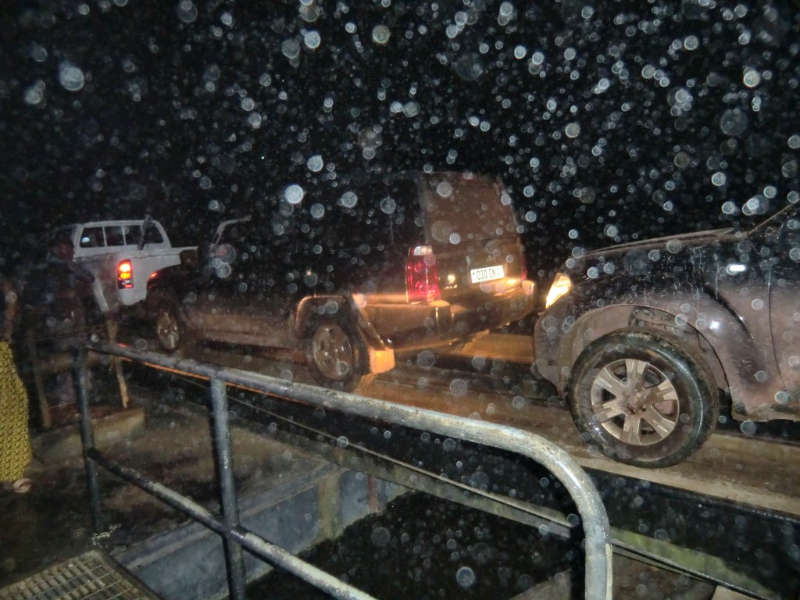