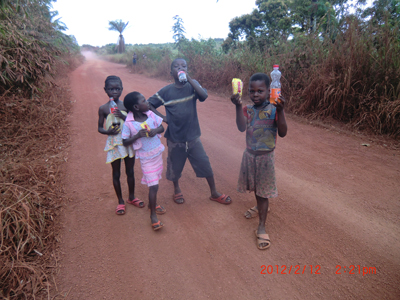 Happy children got Fanta and Coca-Cola

Today I got up at 5.30 am. Bernt slept for another hour, he usually sleeps more than me. Either he has a more evolved sleeping abiltiy than me, or a clearer conscience. Like everywhere in Congo, the Luozi cocks were starting their morning session. Judging by the volume of the crowing, you could be led to believe that the Congolese keep more cocks than hens. But the poultry world probably have some similarities to the human world, where the male part of the population is much louder than the female part. When it comes to poultry, it is the hen who does the work that we benefit from. In many respects it is the women who pull the heaviest load in Congo, and gets the work done. Except for the noise from outside, our morning chores proceeded as planned with a scoop shower and porridge, today served at 7.00 am. Today we were off to Kimpese.

We had arranged with Daniel Bimpe for him to come and pick us up at 7.00 am. He was going to his factory along the road to Kinshasa, and we would travel with him to Kimpese. He had offered to drive us for free, and we were very grateful. His wife Anny is a participator in our latest group of entrepreneurs. Maybe he has benefited from the course too and wanted to give us a service in return. He had to change a few tires before we could get started, and by 9.00 am we left Luozi. While we were waiting for Daniel, Robert Diyabanza came to pay us a visit and we had an interesting conversation about his excellent enterprise that I wrote about yesterday. We talked about the future of the company, and how it could continue to be the livelihood of many Congolese families. What Robert has achieved must not be wasted. We offered Robert to help him work on possible scenarios.

Daniel drives a big jeep, but anyhow we had to busy ourselves before everything was stowed into the car. One suitcase had to go on top of the car. We were six persons on this trip, three in the front seat and three in the rear. The jeep was certainly heavily loaded. We caught the first ferry of the day. Today they were using the old ferry, it is a bit rickety, but it works and everybody got to the other side safe and sound. The Congo river is 4 kilometers wide at this crossing, and this morning the ferry carried two cars and about a hundred passengers. Many women were going from Luozi to the market in Kimbemba with large baskets of fresh-baked bread on their heads. Others had brought vegetables, and one guy had a live pig on his shoulders.

When we came to the ferry stop in Kimbemba, our friends whom we had given bibles to last June met up with us. Their English teacher Alain accompanied them. When we met them last time, we had told them to write down things they needed and that we might get for them. Today we got a very nice letter with a wishlist.

At 10 am we began the journey south of the river. After 20 kilometers, the car stopped dead. The stop was caused by a broken belt, which in turn runs a hydraulic pump in the engine. A Congolese always carries tools and spare parts since everything can happen. Daniel had about 20 different belts in his toolbox, but none of them was suitable. He phoned home to Luozi, and they promised to send a courier. One hour later, a large white Ford jeep came along and stopped right behind us. A nice gentleman came up to us and asked what had happened. Daniel told him about our predicament. The gentleman who was called Eddy, went back to his car and made room for Yapeco, Julienne, Bernt and myself. We continued our journey with Eddy in his Ford which had air conditioning. He was a nice acquaintance and we shared experiences with eachother. He had lived in Germany for 30 years. At 2.30 pm we arrived in Kimpese, and two hours later, Daniel came with all our things.

In Kimpese we are well looked after by Nganga Diamfunisa and his wife Thresia. For dinner we had goat and chicken, rice and manioc. They have air conditioning and all the domestic comforts you can ask for. We will spend the night here, and continue to Matadi tomorrow. 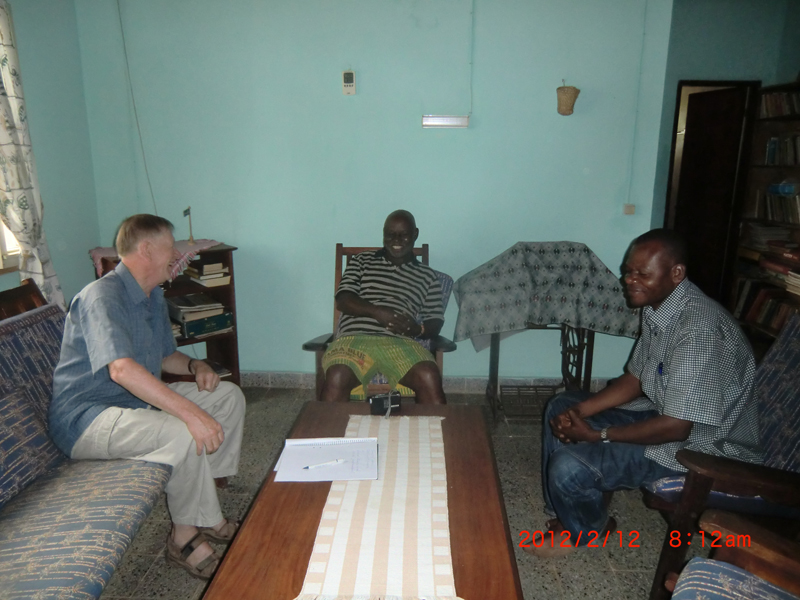 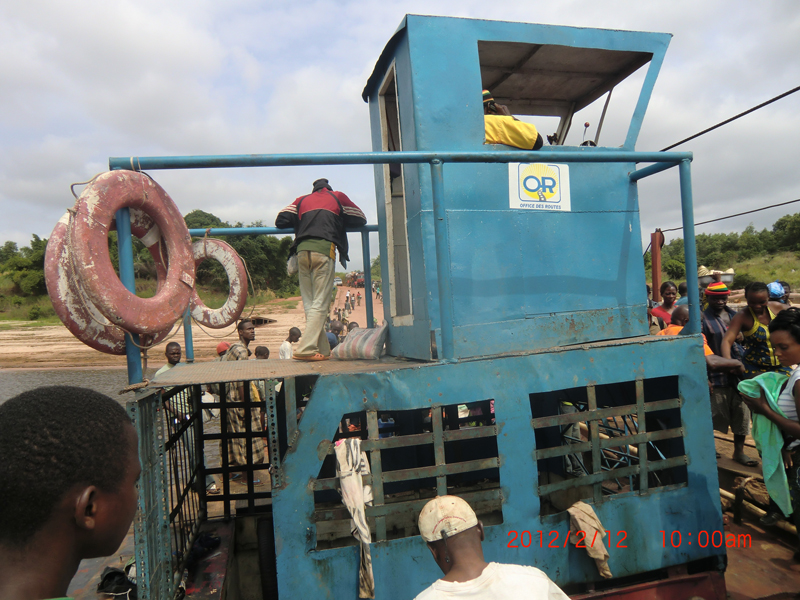 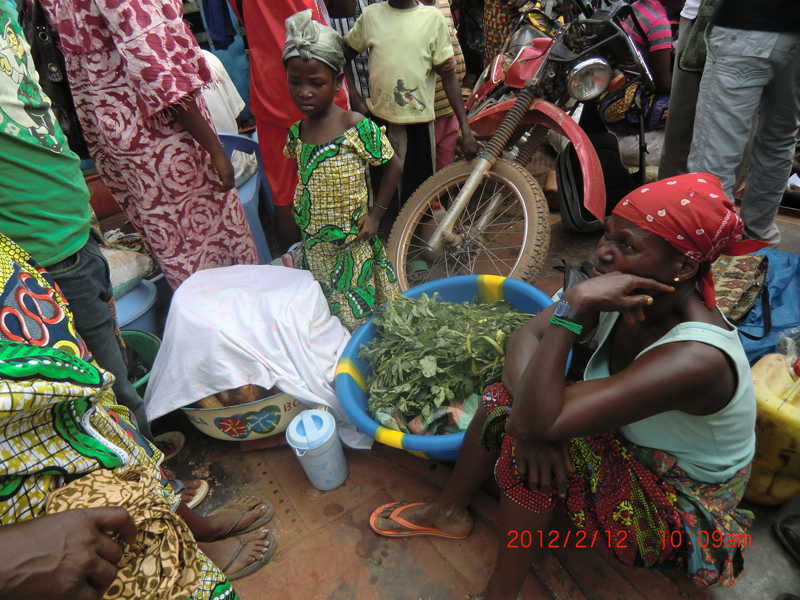 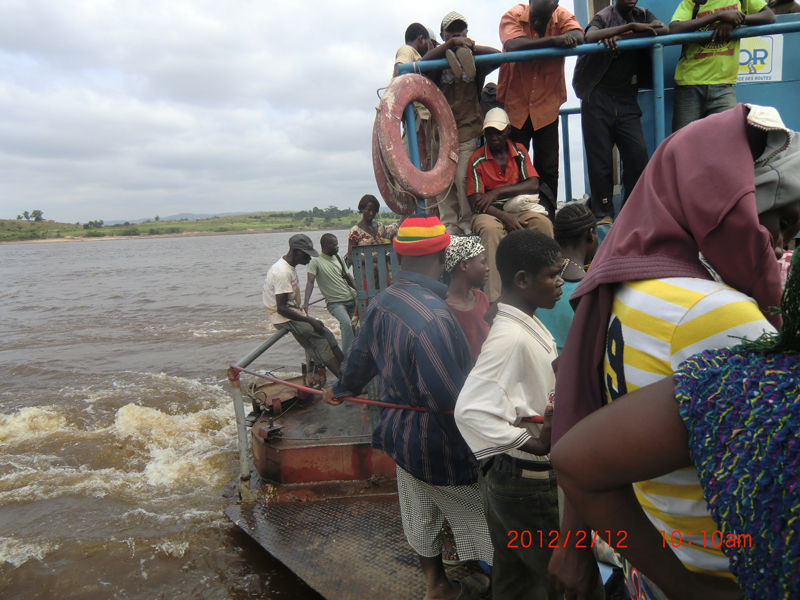 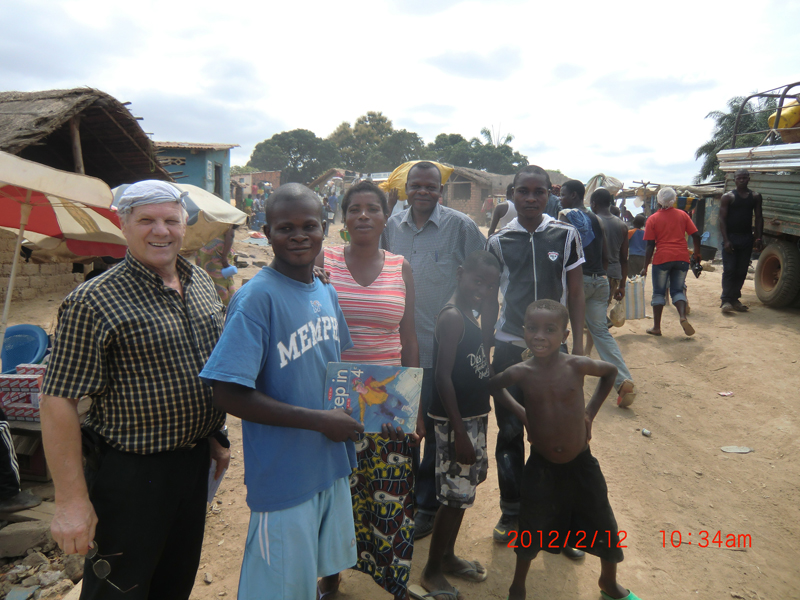 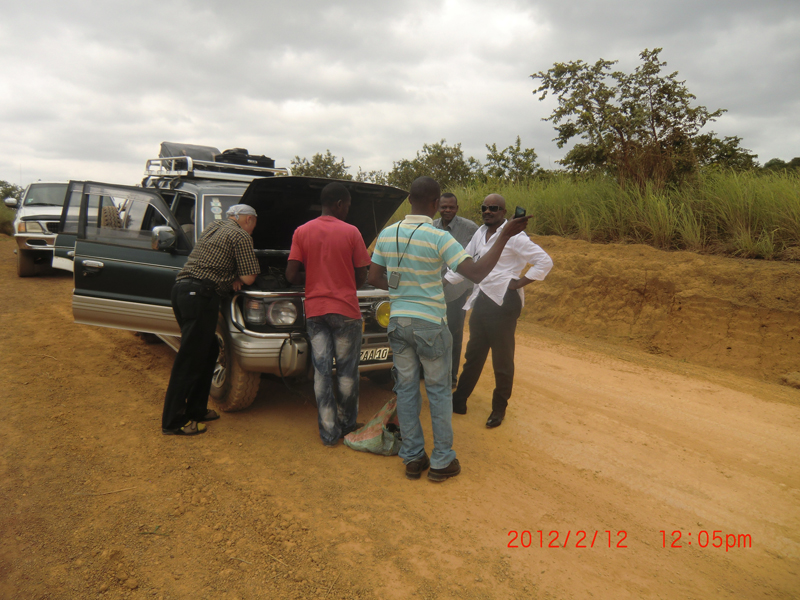 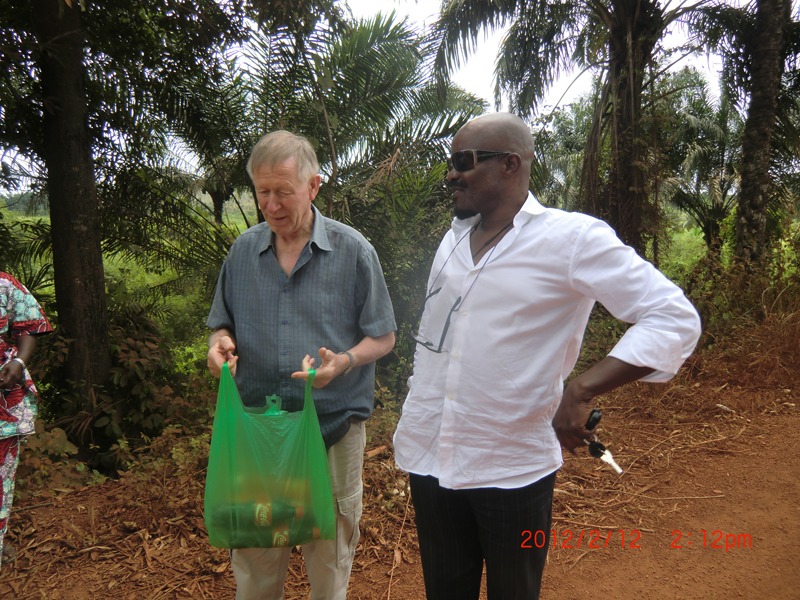 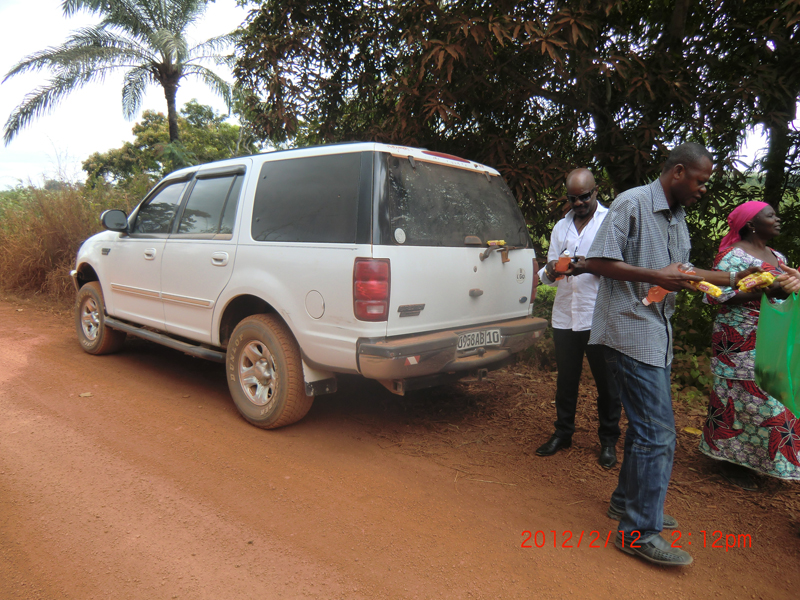 4 thoughts on “A motor failure”