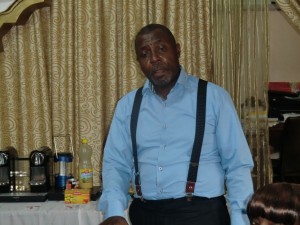 In the latter part of last week our group of trainers grew to fifteen. Unfortunately, all of them were not there from the beginning. Despite this, it worked well. The participants have been dedicated and alert. Today, there has mostly been presentations. They have left their CV to us, and they have made a descriptive report of their place of residence. In this, they have written about their ideas of how they want to work with people who want to become entrepreneurs. They have outlined different businesses. They have described the characteristics of a good entrepreneur. During the week, we’ve talked a lot about values. Fair play and honesty stood in high regard in the group.

They have described their companies in numbers with calculations and budgets. The calculations caused vivid discussions in class. Our friends are well equipped when it comes to talking and discussing, there is no limit to the words. We would like to have a little less talk and a little more workshop. But besides that, the group has worked well and we’ve had a lot of fun together.

Our interpreter Roy, 23 years old, has been superb. He is punctual and friendly. He lives near our hotel. He told me today that he was born in the US and that he was five years old when he came to the Congo. His father was a diplomat. Now he is studying at a university here in Brazzaville and has taken time off to be with us. Late afternoons and evenings he devote to his own studies.

Thomas, one of the participants ended the day’s lessons with a prayer. He prayed for God’s blessing on all participants, that they will succeed in bringing about change and that the contents of the course will be put into action. Everybody were joined in prayer.

Then Annicet, the influential MP, held a speech in which he underlined that it is now that the job begins. It is now that the theories are put into practice. He declared that their MP’s have expectations of them, and that the towns where they live also have expectations. Annicet had put both carrot and stick in his speech. And he highlighted our motto: Side by side and hand in hand – together we change the world. He also talked about the importance of prayer and having faith in God, a natural part of Congolese life and therefore a great asset.

We also got a visit from the captain of the Salvation Army in Boko. She had a long talk with Annicet. Probably about affairs in Boko.

Now they will go out to teach entrepreneurship. We have tried to prepare them with the knowledge, encouragement and hope. Each new day is an opportunity, another motto we emphasize. We hope that they will succeed. Tomorrow we will have the diploma ceremony and a press conference. 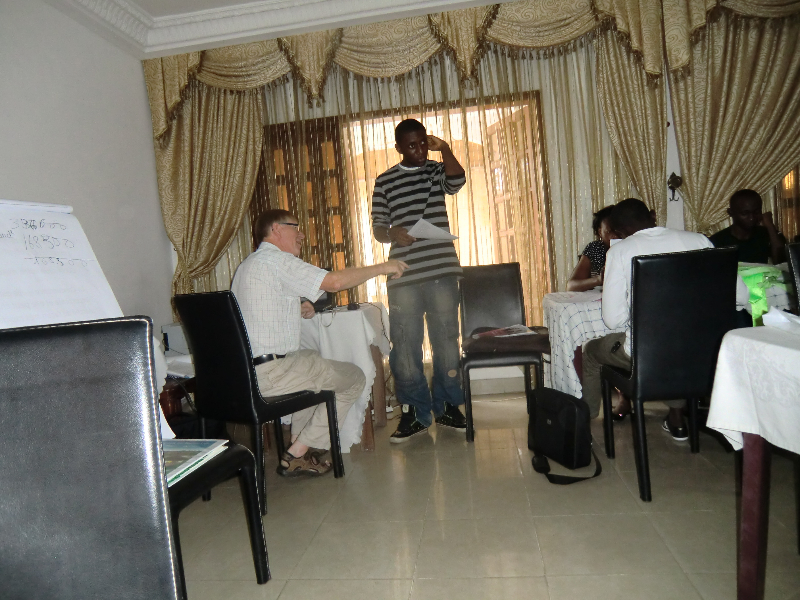 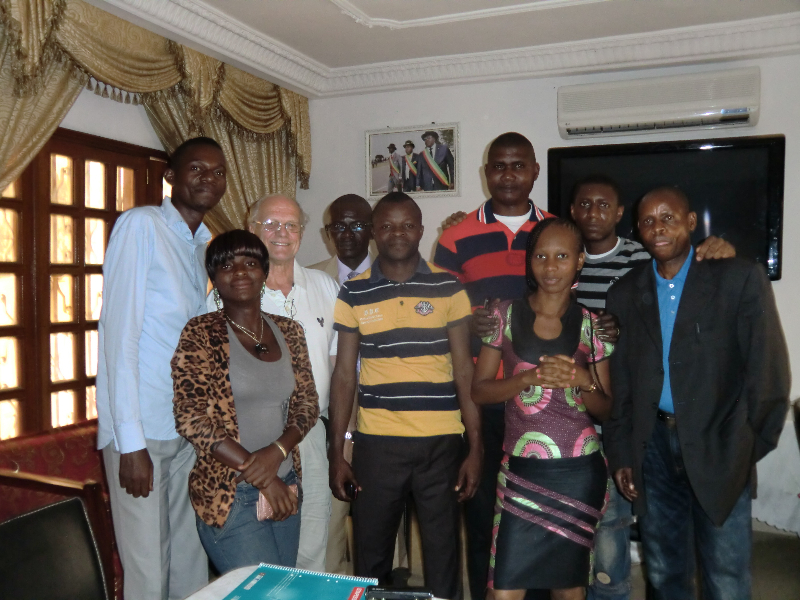 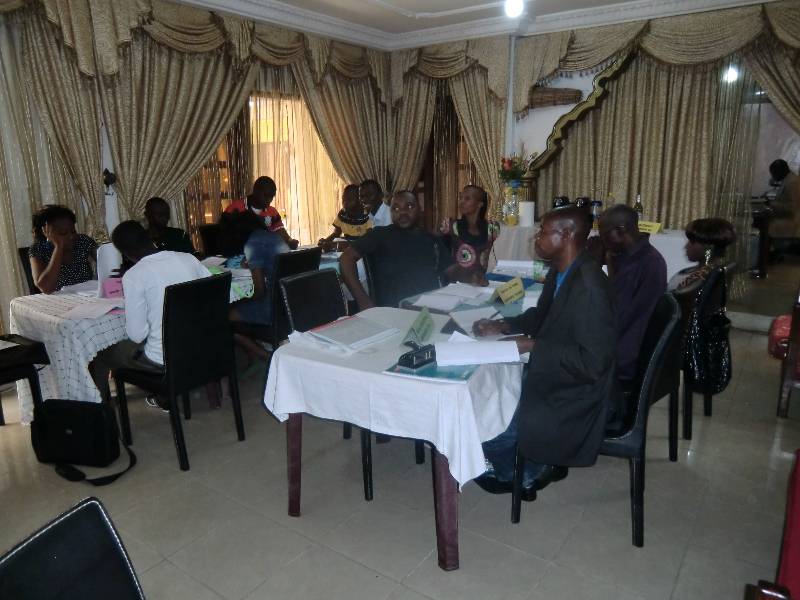 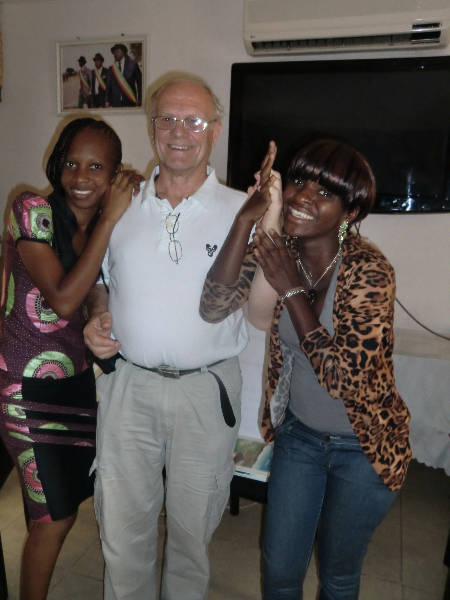 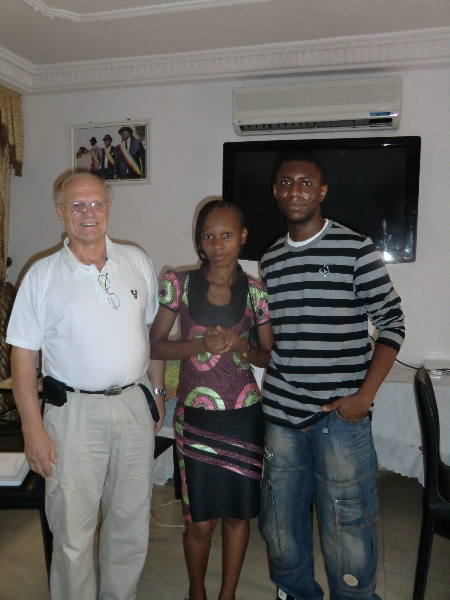 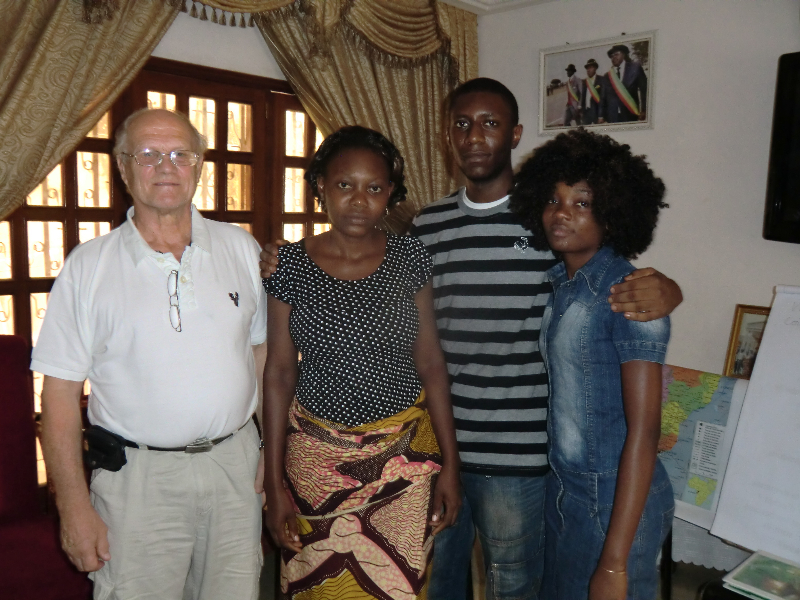 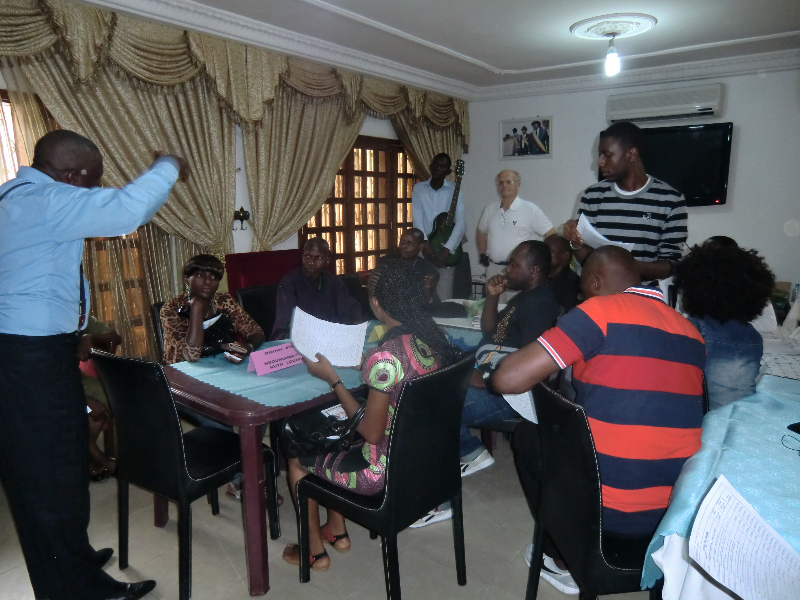 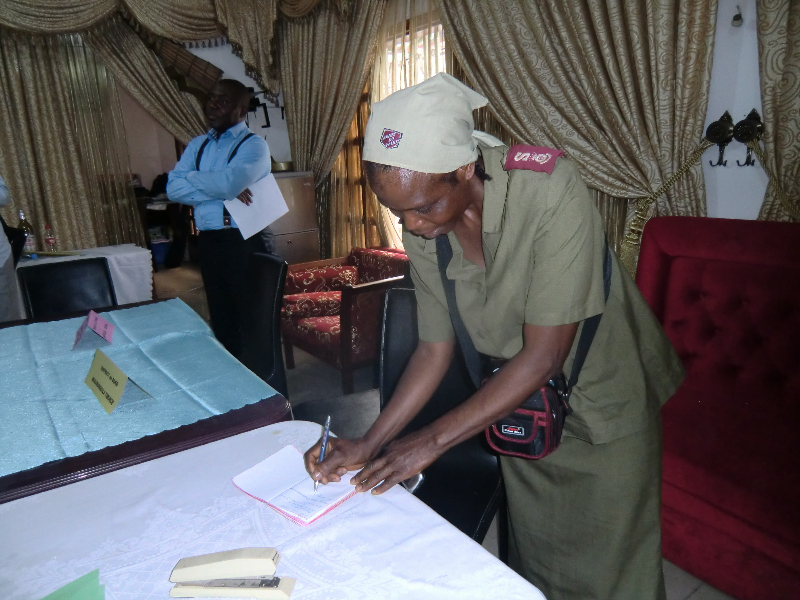