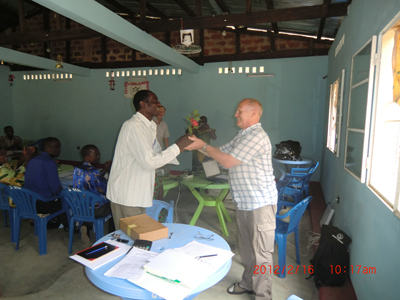 The day started with running water in the actual shower for the first time since we arrived to Matadi this Monday. It was nice not to have to transport the water yourself up and above your head with a scoop or a bucket, to have your hands free to do the cleanup. Then I had some preparations for the morning meeting with the January 11 group to do. I printed quite a few documents with my joining printer.

Shortly before 9.00 am we arrived to the Youth House. I rigged the computer and the projector in the hope of having current, but unfortunately it stayed away for the duration of the meeting. Today, we managed to carry through the meeting in five hours. The whole group, except one member, was on time. We praised them for their punctuality. It is not the usual habit of the Congolese, but fortunately there are exceptions.

Yapeco held a short introduction and he prayed for God´s blessing. We started the day with going through the 30 points of our concept for entrepreneurs in Congo (see the website, under About us – Concept). Julienne took care of reading the list aloud, which relieved the group of hearing us doing it in Swedish. Suddenly, Julienne´s voice was drowned by a bunch of vociferously argumentative gentlemen outside. Because all our windows were opened, we could easily hear their agitated conversation. Yapeco ran outside and calmed the gentlemen down. He was so efficient, there was dead silence.

After this incident, we took a break to congratulate Bernt. Like the rest of us, he has a birthday once a year, and his birthday happened to occur today. Never before in his 69 years long life has he been congratulated with a birthday song in Kikongo. After Kikongo, we sang in Swedish and then we gave four cheers for his birthday, like we do in Sweden. Not only that, Samuel Nkailu entered with a hibiscus flower, which grows outside the Youth House, and solemnly congratulated Bernt.

When we managed to go back to the topics of the day, we went through the accounting system. It is a part of our new layout to disclose the records monthly. We really want to inculcate the importance of keeping track of what happens to the company. All business transactions must be documented in order to find out what is good and bad respectively in the business. The comprehensive documentation also forms a valuable historical account of the enterprise. We continued with budgets, and we emphasized that it is an important control instrument. It would have been easier to explain if we had had the use of the computer and the projector, but that came to naught, as things sometimes do. You have to make the most of what you get.

A little beside the subject, I did a demo of Skype and called my wife Kerstin in Sweden. Our daughter Hanna was there as well. It is amazing how easily you can talk to people anywhere in the world, and even see each other with no charge for the call.

Today, Christians from all churches in the Democratic Republic of Congo, were supposed to have demonstrated against the election that was held on November 26. They wanted to show their distrust of the election results. The Catholic church that had initiated the protest, had had 30 000 election observers during the election days. But the churches were not granted permission to demonstrate.The churches certainly has some influence in Congo, otherwise the demonstation would have been granted.

Today, we have also visited the ProCredit Bank in Matadi. We had a good talk with the managing director of the bank. We will continue our search for the optimal bank with a meeting with another bank tomorrow. We must have a good bank contact, a contact which also has got to be able to support our entrepreners. 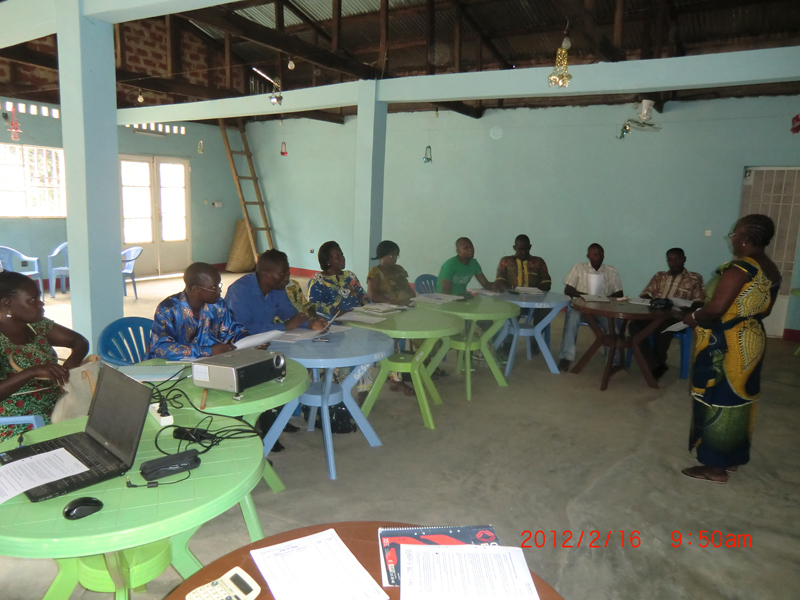 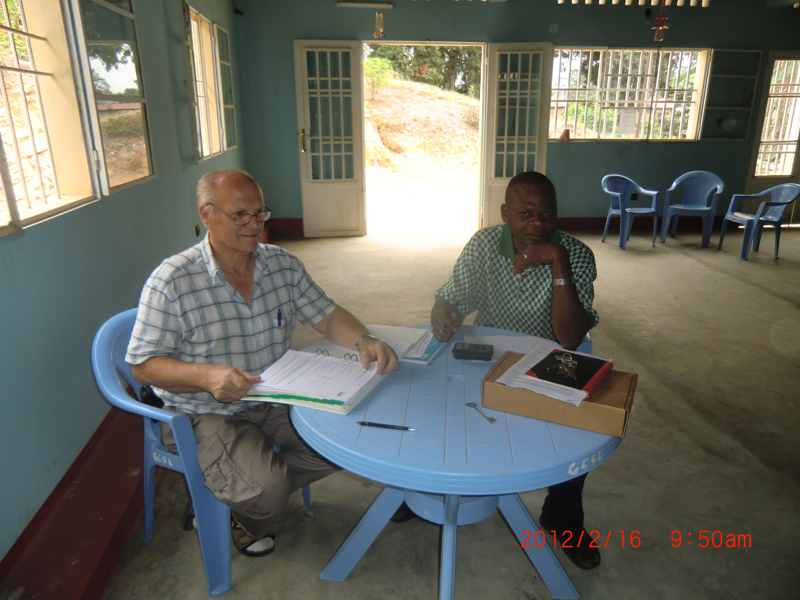 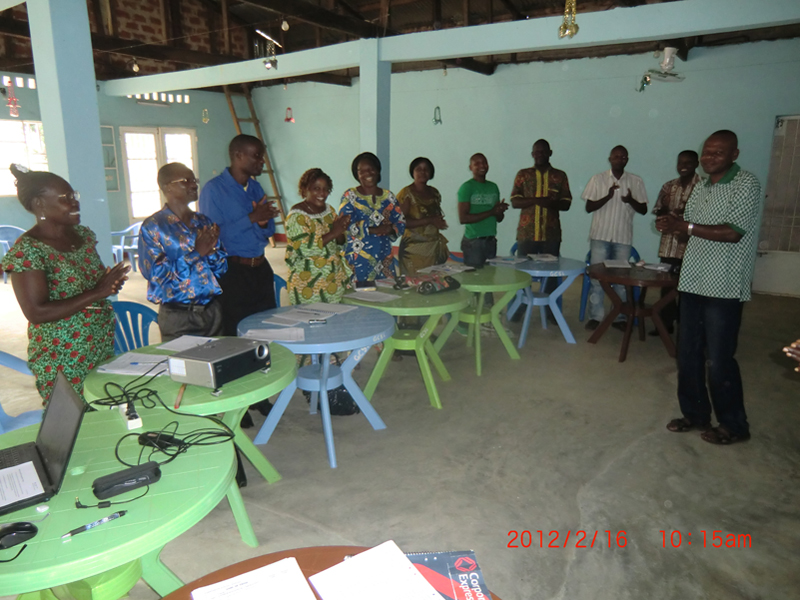 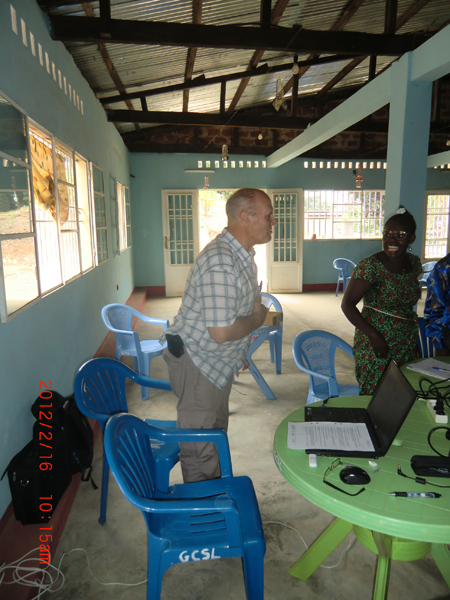 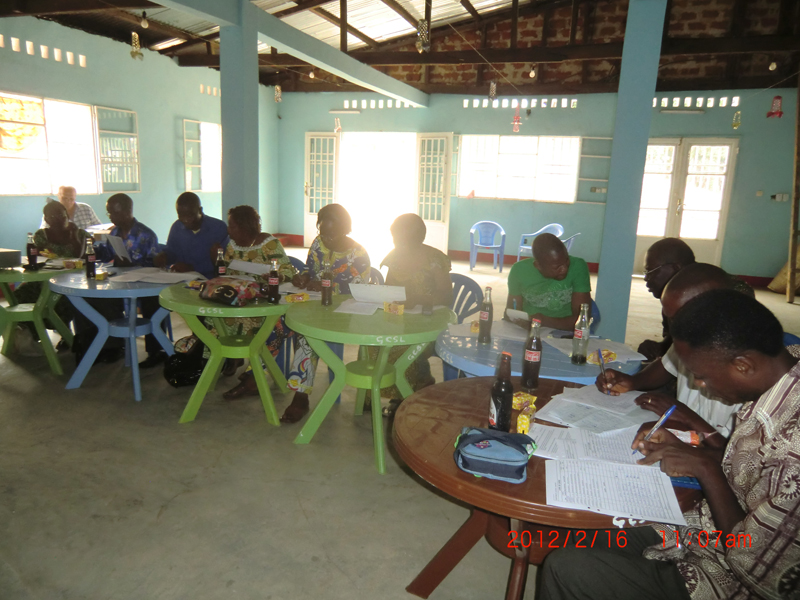 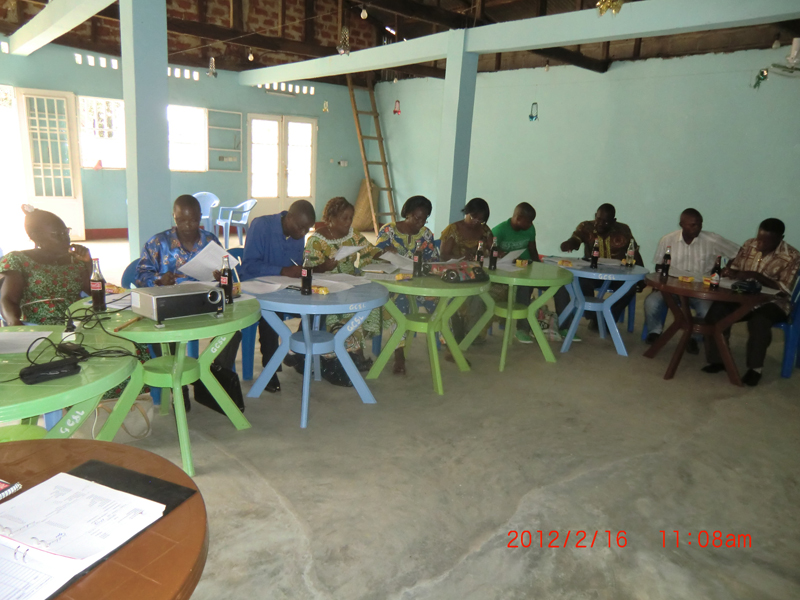 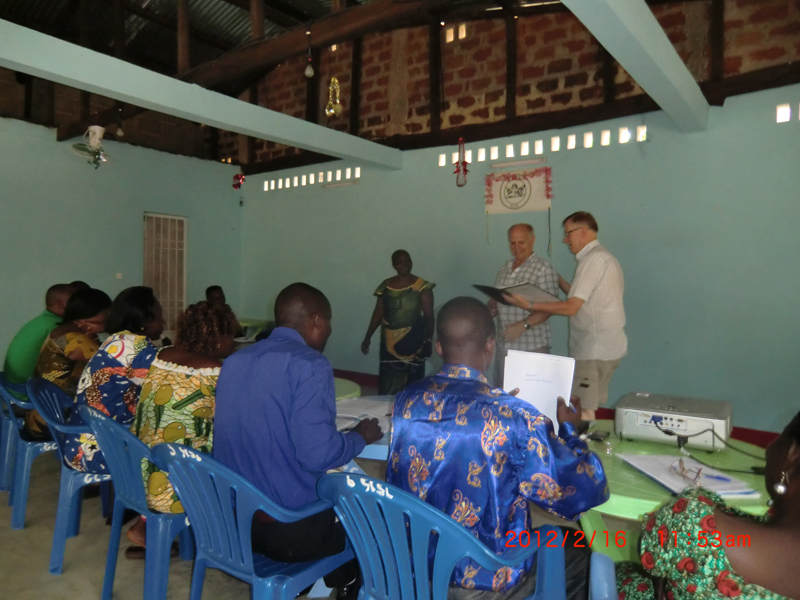 3 thoughts on “And there was dead silence”