We took an early breakfast at Nzu Binati, ended with prayer for those we leave behind in Kinshasa and for our trip to Brazzaville. Right after, we went to the ferry stop to go across the river and to the neighbouring country. But it was easier said than done to get out of this country. Yapeco managed the situation well. He took our passports and had to visit ten offices and get eight signatures before we were allowed to depart. Certainly there is a well-developed and lavish bureaucracy. The whole procedure took two and a half hours. Bernt and I managed to take a little nap. Makedika Bienvenue who drove us to the ferry stop have a Toyota Rav4 with air conditioning and we had a comfortable temperature for sleeping.

Our ferry tickets had been paid in advance by our hosts in Brazzaville. Furthermore, we were escorted by a colonel. As soon as we got on the ferry, a smaller boat with only 20 passengers, it was full throttle ahead. The captain used his 100 horsepower Yamaha engine to the full. Everyone had to put on a life jacket, and the entire trip took 10 minutes.

On the Brazzaville shore there was a ruckus and they really surprised us with they way they welcomed us, an almost regal reception. There were three MPs to greet us, a television crew and a number of journalists. Myriam Mbama was also there and as far as we understand, she will be with us the whole time in Brazaville. A big black Jeep took us to the hotel, a hotel of a standard that we have never been near at our previous visits to Congo. One of our principles is not to pay any more than necessary to sleep and eat. But here we were staying at the expense of our hosts, and I don’t mind the extra amenities. There is a swimming pool in the courtyard and it is used thoroughly.

At the hotel there was another tv crew and more journalists and I told them a little about MSG and that our visit to Brazzaville is due to a visit from Brazzaville to Sweden last fall. Then we had a meeting with the MPs by the pool. MP Annicet Goma outlined the program of the week to come. Together with the two other MPs, Cyr Ebina and Joseph Tsalabiendze, he was careful to emphasize that they assured to protect our safety.

We will travel to Boko at 5 p.m. and I will post this blog before we leave. I don’t know if we will have internet access there. Tomorrow night, we will be back in Brazzaville. 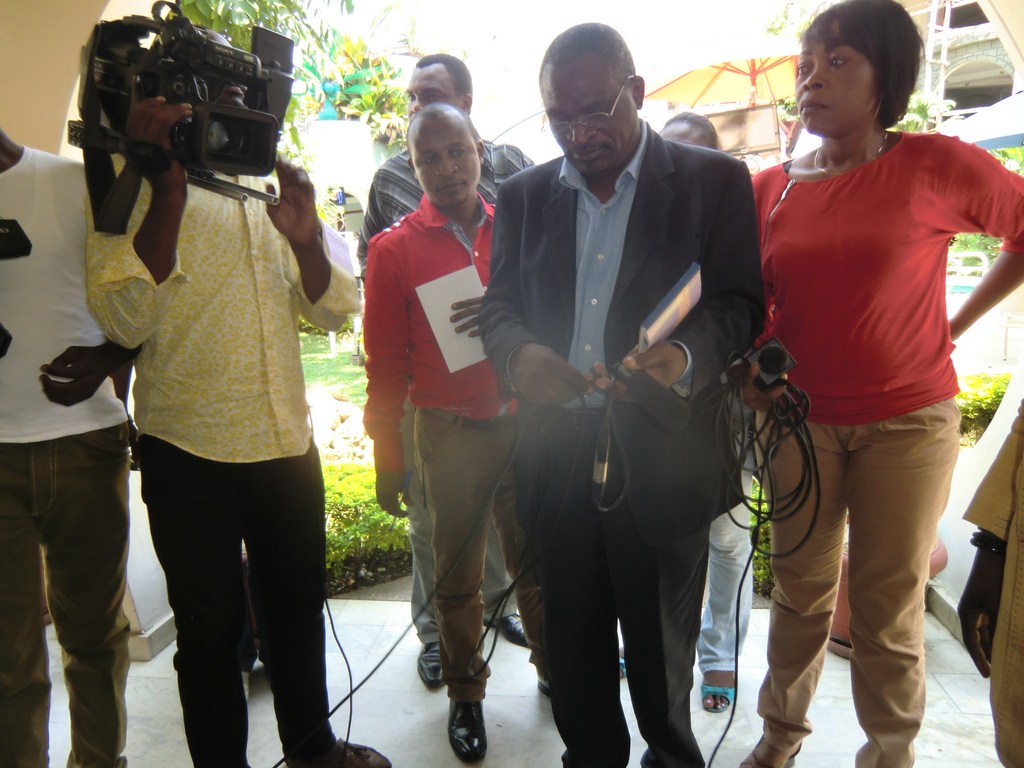