Thanks for the encouraging comments!

Friday we had to be a little patient before our three guests arrived. First came Marius Billy who seems to get more and more interested in MSG, then came his boss in Sweden, Ambassador André Hombessa, and then yet another clever man, Joseph Mandzoungou. Marius had helped us to ask Yvette to cook for all of us, and she made both coffee and dinner. To the coffee break, Yvette had bought baguettes and Mikati. And for dinner there were seven dishes including fried fish. Joseph and André asked many questions about the work and the plans of MSG, and Yngve’s thoughts about the project. Together they reached good decisions, which can be combined.

Those who wish to participate in the CSG activities in the future will have to have a business idea before they start the course. Joseph asked what the role of the board of directors will have once CSG have found local people who can teach the course. Yngve declared that they are working on making the current CSG management redundant. Joseph replied that it might be valuable if the CSG management could be there when the course begins. After today’s discussions we think that Joseph Mandzoundou could accept a senior position in CSG.

Yngve hopes that the church could work more actively with entrepreneurship. The meeting was concluded in consensus and high hopes and then we had Yvette’s delicious cooking. The food that was left over including some cassava, Yvette brought home with her. 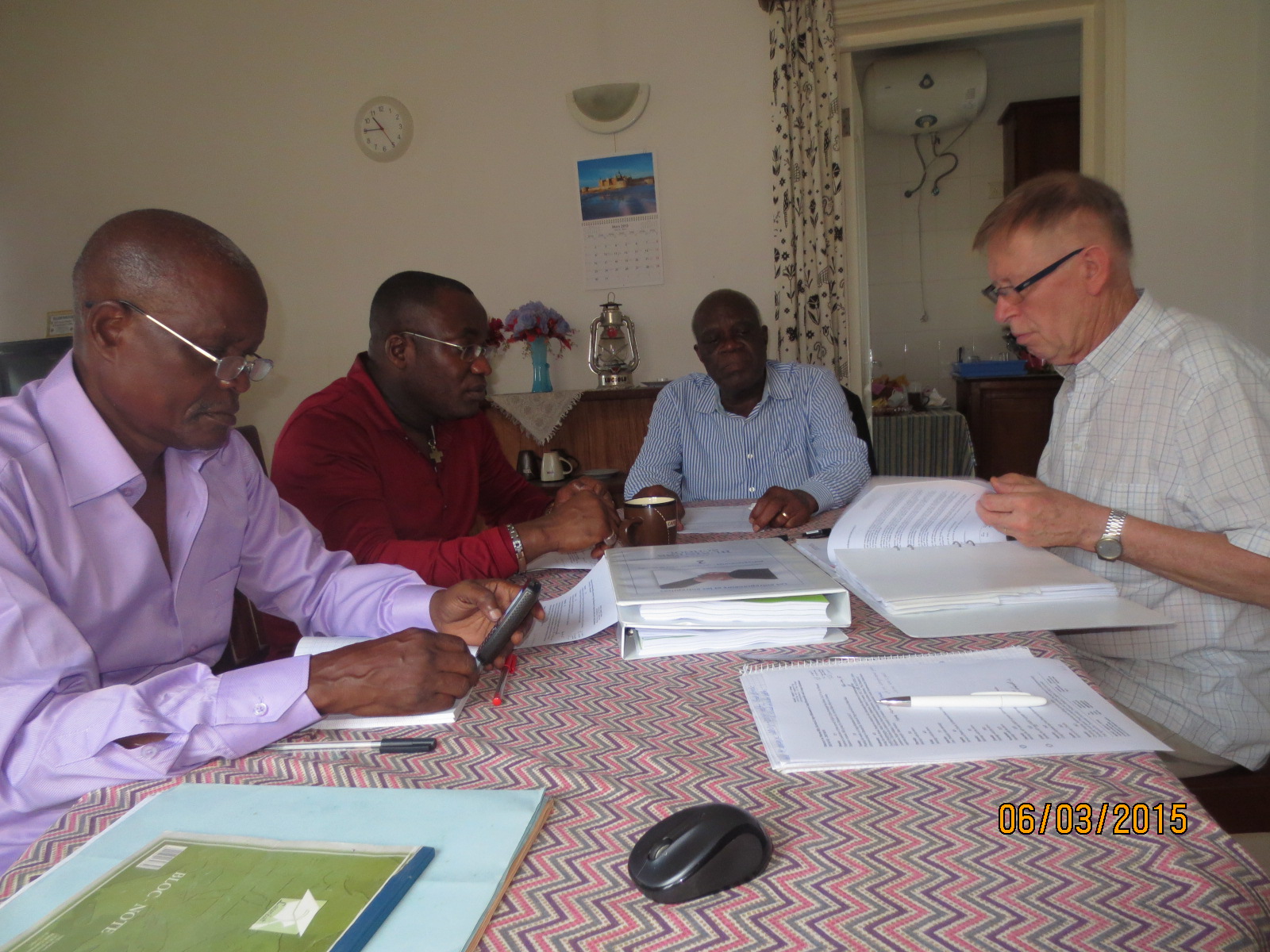 4 thoughts on “Cassava is hard to eat”