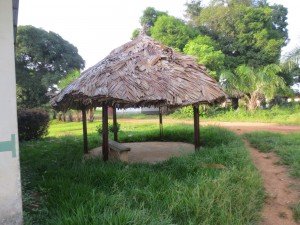 And so, our last week in Congo has begun. The first item on the agenda was a morning meeting in classroom of the pastor students. One of the students took care of us and walked with us around campus. When I photographed the three paillottes outside the classroom he asked me if I liked them. I told him that I had heard that a church in Vårgårda had sponsored them. The pailottes are very useful when there classes are held outdoors.

The meeting began at 7:30 am and was well attended. We were probably about a hundred people. All the students of the pastor and the evangelist training were there, and the staff at the Church center and both Church presidents, among others, were also there. We sang a few songs in kikongo with, for us, known melodies. One man led the singing, another the Bible reading and prayer. One man greeted the two presidents and our driver Augustin welcome back home. The Presidents got applauses and they spoke about what they achieved in Kinshasa etc.

Then someone talked about upcoming activities: a retreat for Sunday school teachers, football games where the focus should be more on socializing then competing. During the last week of March a special collection will be dedicated to those who have retired. The staff of the school office informed that they had cleaned up around the building recently. They invited everyone to share this chore. Someone had greetings from this weekend’s medical conference. Another one told about a recent death and where the burial would take place. Lendo, who we have met in Sweden, talked about the the start of the election campaign of the majority party, concerning next year’s presidential election. Choirs will be practicing in april before a large assembly in August.

At the end, President Edi Diafuanakana asked Yngve and me to come forward to be welcomed. We were also asked to pass on greetings to Sweden when we return home. Yngve talked about MSG’s work and the president talked about the makeshift lamp store at Gunnel’s house.

We ate breakfast at Gunnel’s along with Augustin. He also joined us at dinner where we ate tasty fish from the Congo river. We asked Gunnel to describe snow for Augustin and he became quite interested.

We talked about crocodiles. They have started to increase again. Augustin and Gunnel told us that the crocodile lifts up it’s prey three times in the air before disappearing underwater. The folklore used to say that crocodiles are hateful people who turn into crocodiles in order to eat their enemies. Mission accomplished, they turn into humans again.

After dinner, we took a walk and went by the assembly hall that the church is building. It will be large.
We will probably be leaving Luozi on Wednesday. Yapeco has started selling lamps, and we hope his stock is soon sold out. 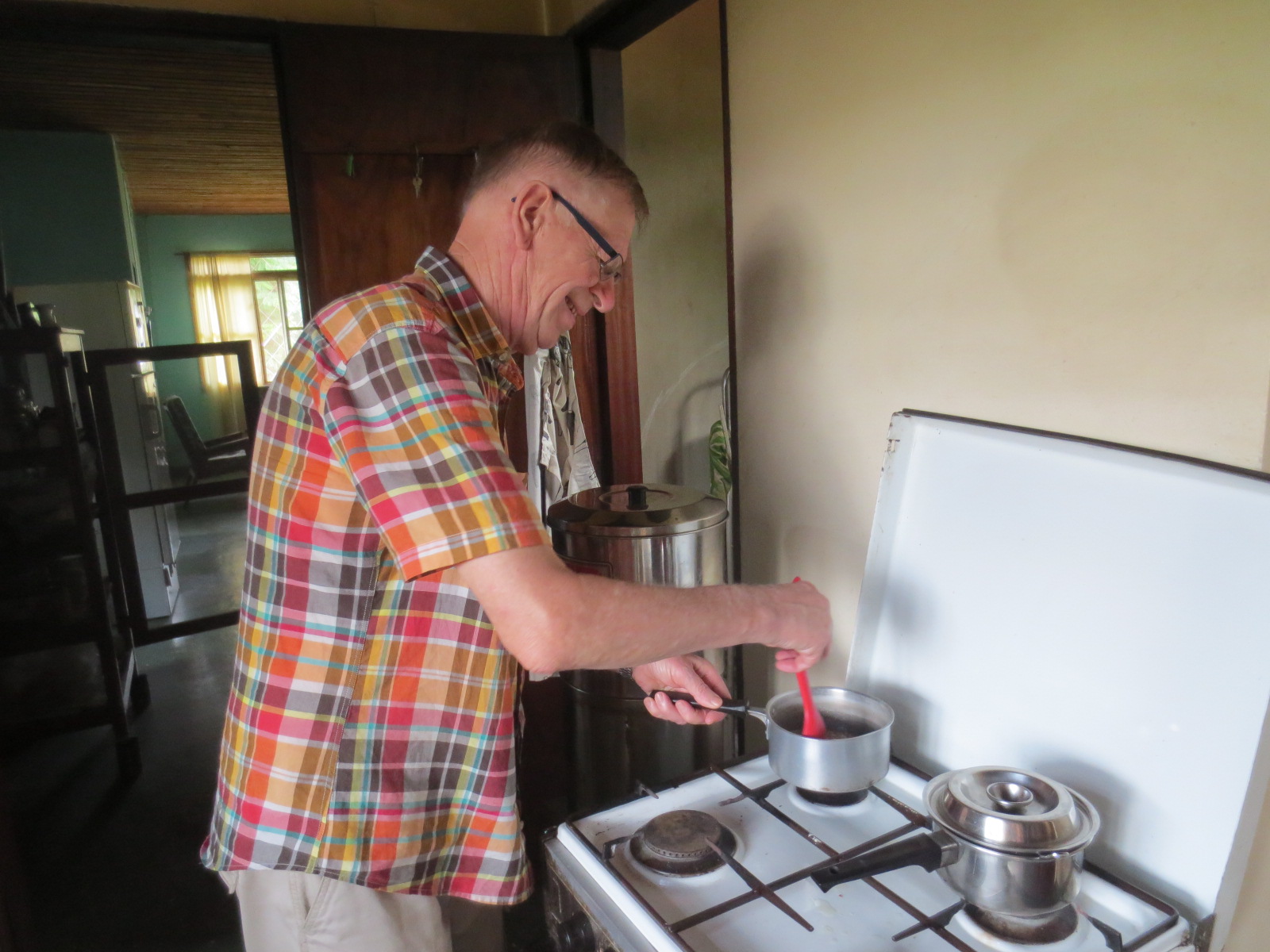 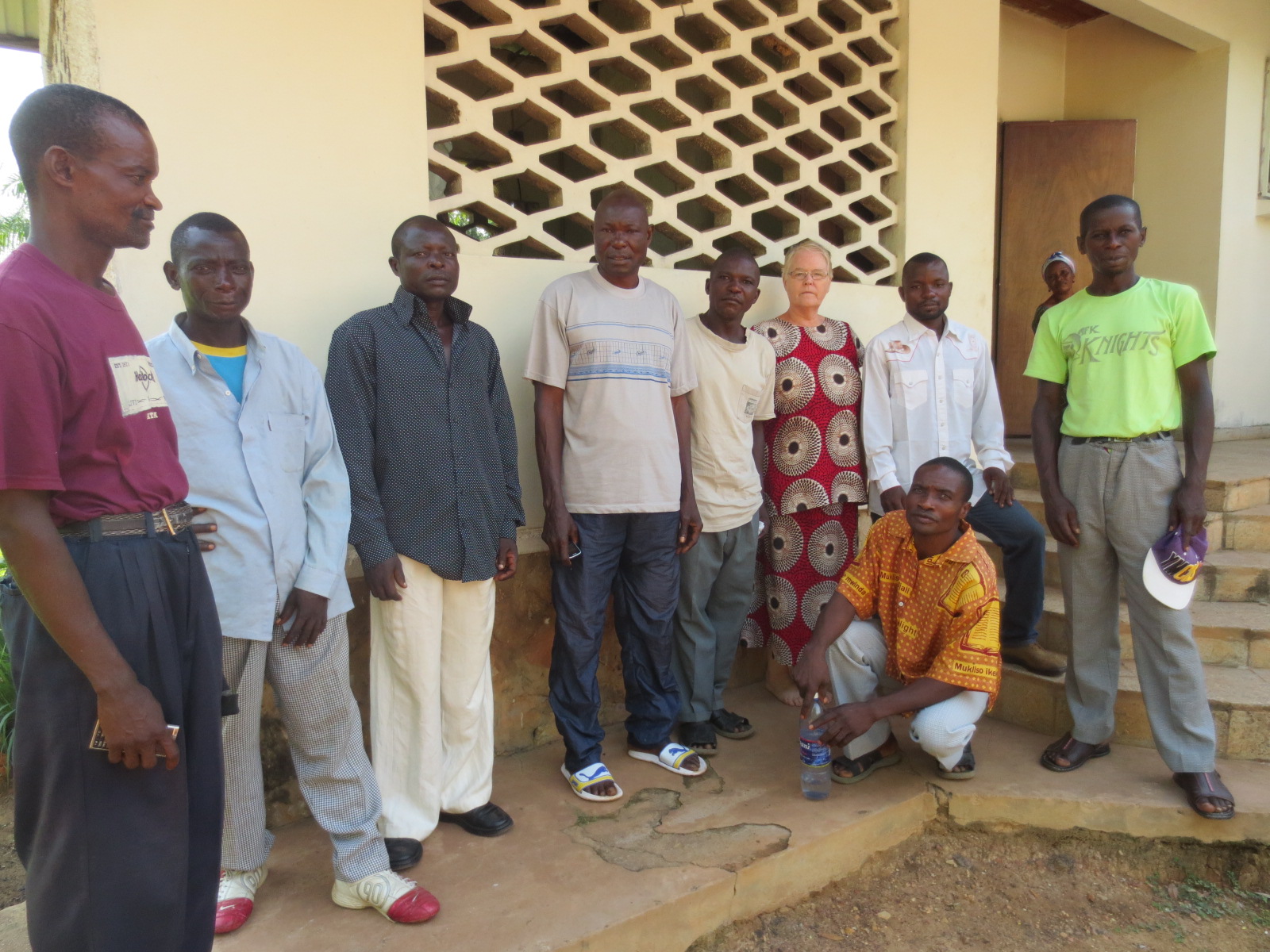 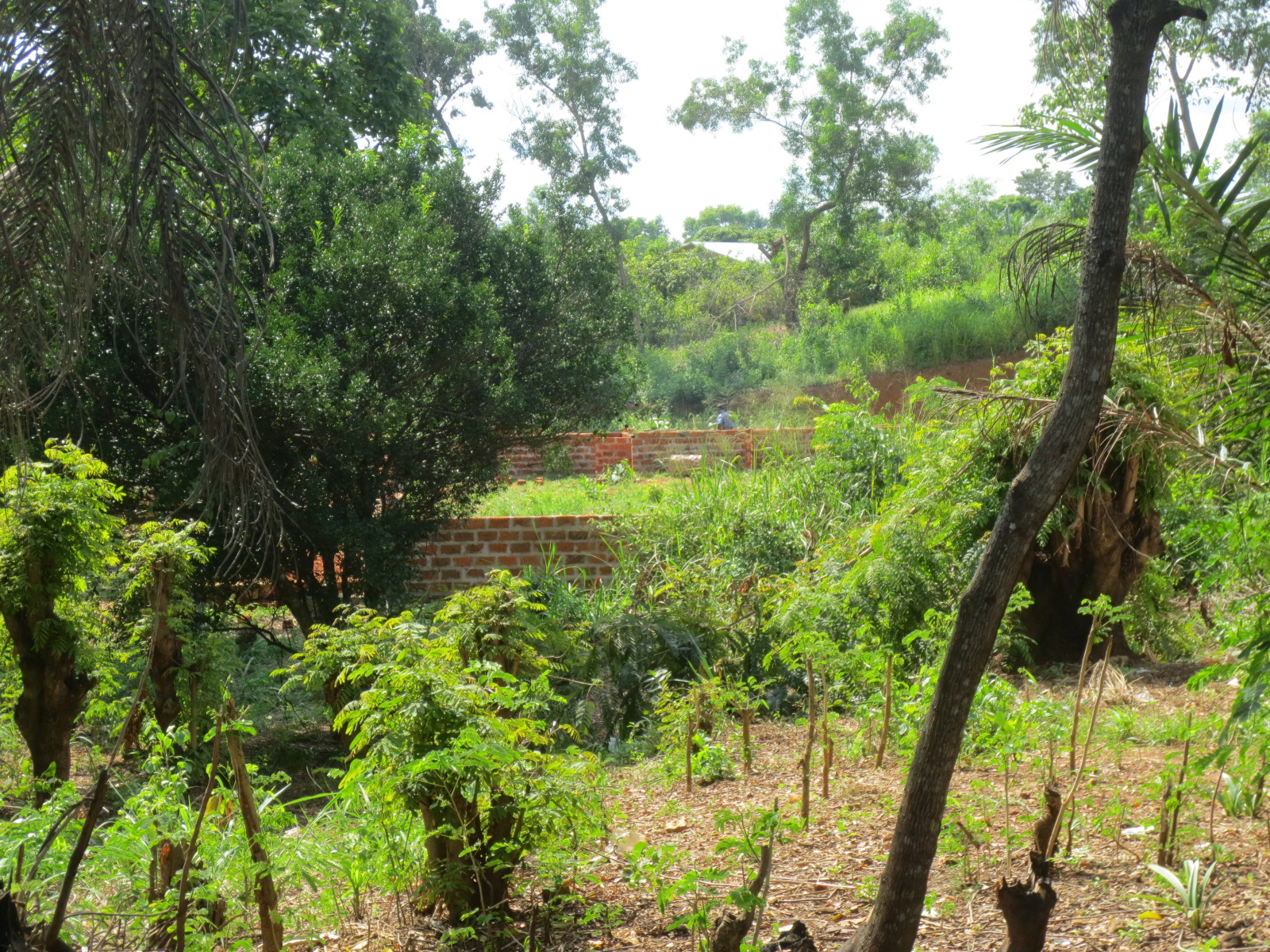 1 thought on “Crocodiles and snow”