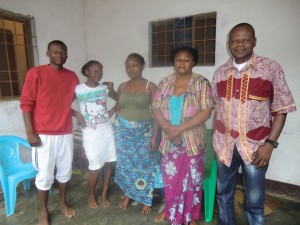 At seven, we were all set to go. By then, everything that was going back to Sweden was neatly packed in the suitcases we take with us back. We’ll leave two suitcases that we don’t need anymore. Hopefully, someone may have a use for them here. We had also had a little chat with the family Bakala Massengo, we thanked them heartily and took photographs. Then we had to wait for our driver for half an hour. He is a lawyer and Yapeco is one of his clients. He were going to Kinshasa on business today and would take us the 380 kilometers to the capital.

Many road transports goes from the port cities of Boma and Matadi to Kinshasa, which is located inland. With a population of 10-12 millions, the capital requires a substantial inflow of goods. The motorway is paved and has a width of 6-8 meters. Parts of the trip is in a hilly landscape. Then, the road contains lots of steep hills and curves. Our driver was good at maneuvering his car, and he kept a high and steady pace as long as there weren’t any lorries ahead. Today, there was an unusual amount of accidents along the road to Kinshasa. The Congolese are good att getting the most out of their cars. On the other hand, they are not the world’s best in taking care of and maintaining their vehicles. The combination of heavy wear / no maintenance is not recommended. The cars sometimes have to take early retirement.

In one place, somewhere between 20 and 30 tons of rice were lying on the road. Some men were salvaging the sacks onto another lorry. Close to Kimpese, a large truck had slipped off the road and slid down to an embankment. A bunch of people were trying to lift it with a large mobile crane. At one point, an overloaded lorry was driving in front of us. On the top of the load ten Congolese were sitting. Suddenly the dual tires on the right side exploded, and yet another accident had occurred.

Along the way, we ran up an interesting transport consisting of three trailer trucks. They were carrying large volume elements. The load was between 4-5 m wide and 3-4 m high. In stages, they had to close off the road to let the trucks advance. Oncoming traffic was out of the question. After 7 km, the equipage stopped in a village and we could finally pass them.

Just before three, we arrived at hotel Lulo. The journey took 7 hours. We are grateful that it went well. There had been air conditioning in the car, and interruptions have so far been negligible.

Yapeco and the driver went to find a workshop that can restore and adjust the injection pump to our tractor at Nsanda. We hope that they can find someone reliable. We don’t want to take it to Sweden. Before they went, we agreed that mundele would not join them to the workshop. We have learned that if a mundele is involved, the price will double and more. We didn’t want that effect. 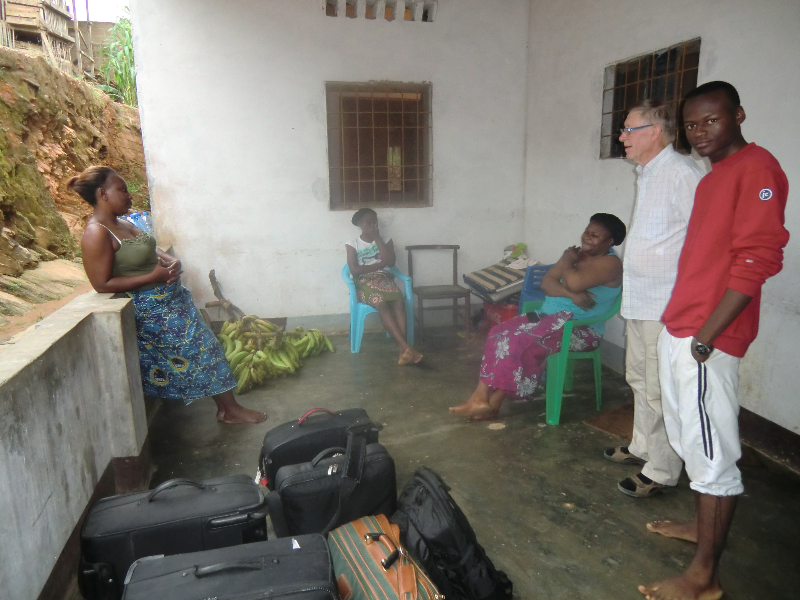 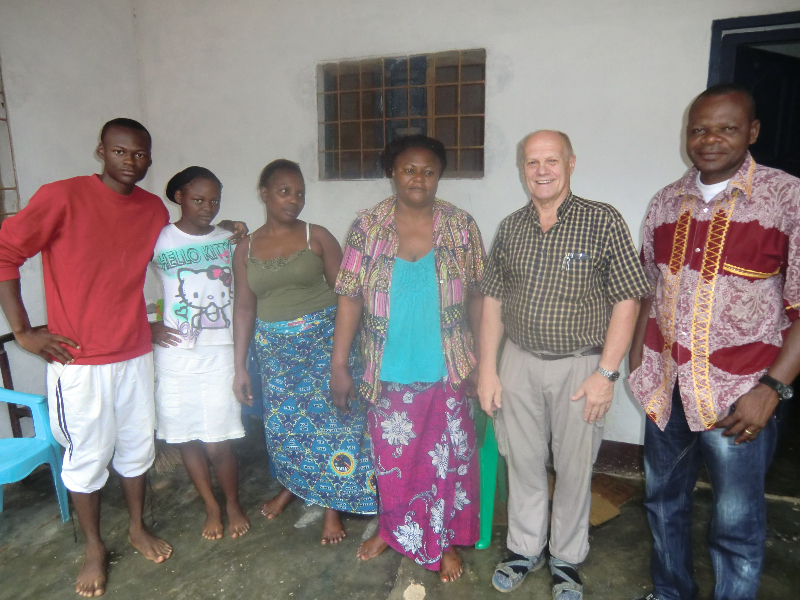 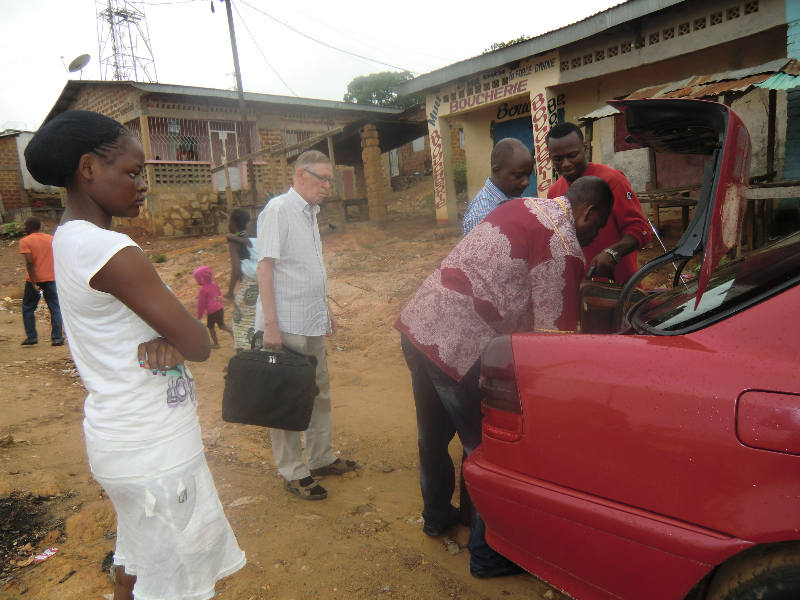 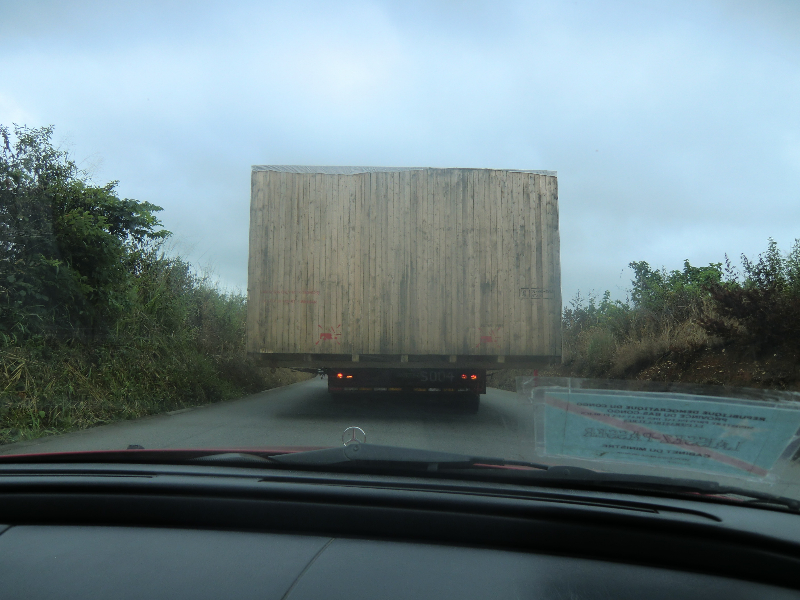 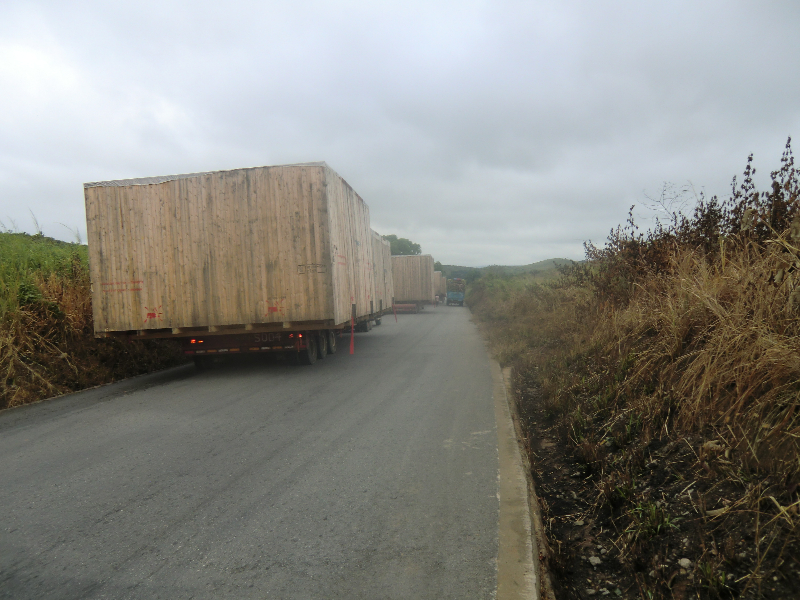 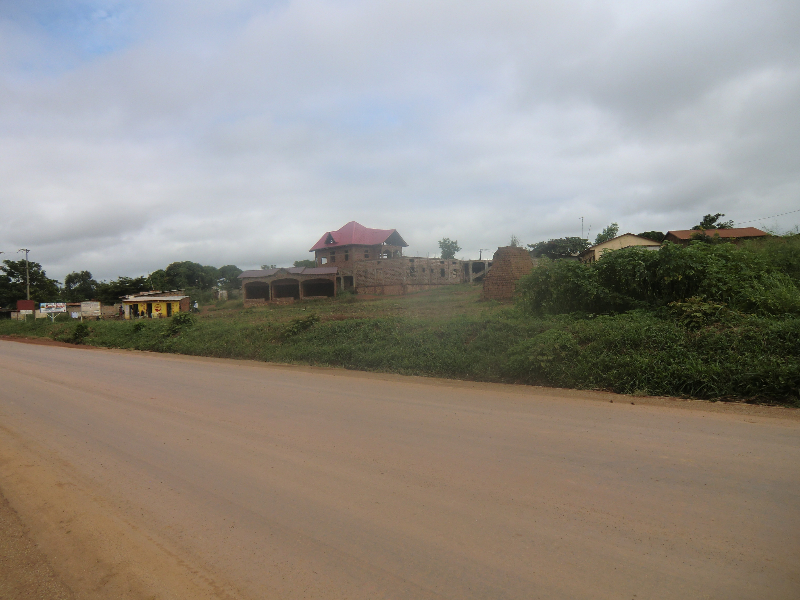