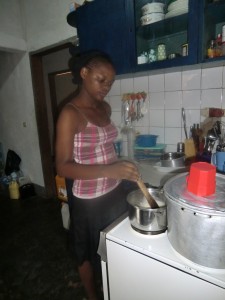 Signe is making morning porridge for us

Everyone in the family help out with the daily chores. I have written about the routines around water before. Yapeco and the son, Stig, takes care of bringing the water into the house. The daughter, Signe, is in charge of cleaning, but she also helps out with cooking and doing the dishes. The mother, Augustine, and a resident domestic help, Rosette, share the rest of the chores between them. Five people live permanently in the house and for three weeks now, they have had to put up with three guests: two mundele and a ndombe – our interpreter and lecturer Julienne. Julienne has helped with the household chores. The two mundele have carried water into the house a couple of times, and so far that is our only manual contribution to the household.

In addition to us three guests, there are currently three cats residing in the house. They were six when we arrived, but two are missing for unknown reasons and one became ill and died. Bernt is a big cat lover and mobilized all his healthcare knowledge from his military service days and gave the kitten all the care he could think of, but nothing helped, and it died after three days. Then there’s the dog who spends his days in his doghouse and his nights patrolling the plot around the house. He makes sure no uninvited guests come over the garden wall, which is 3 meter high wall and partly topped with barbed wire. Another protective measure are the window grills. But all doors are open round the clock, otherwise it would get too hot in the house.

The dog is a good guard. If something happens that he disapproves of, he howls like a wolf. It has happened that he has been standing just outside our window openings when he starts howling in the middle of the night. I can assure you that it is difficult to keep on sleeping when he does that. Luckily, it hasn’t happened often. The household also contains 132 hens.

It’s sad that there has to be high walls between people. The walls and window grills are signs of an unequal society. In an ideal world, everyone would have all that he or she needed, and there would be no need to steal. But of course there are thieves that don’t have to steal for their livelihood, but steal anyway. There, the internal compass has failed them. When the security situation is as it is it feels good to have a wall around the house and a guard who wakes us up if something unusual happens.

Tonight, we took a walk to a lovely café with outside dining and a magnificent view over large parts of the town. To cool us down, we had Fanta and Coca cola. The wind blew in a pleasant way, and the temperature was about 25 degrees. 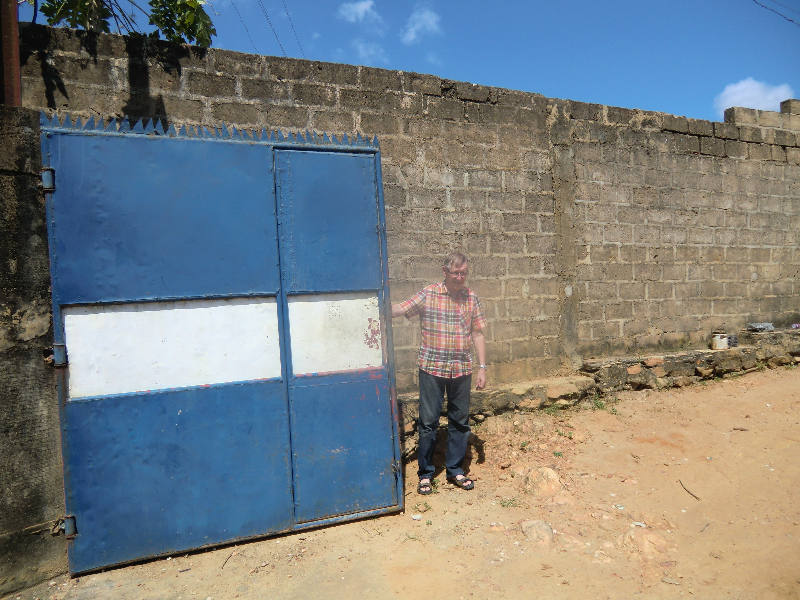 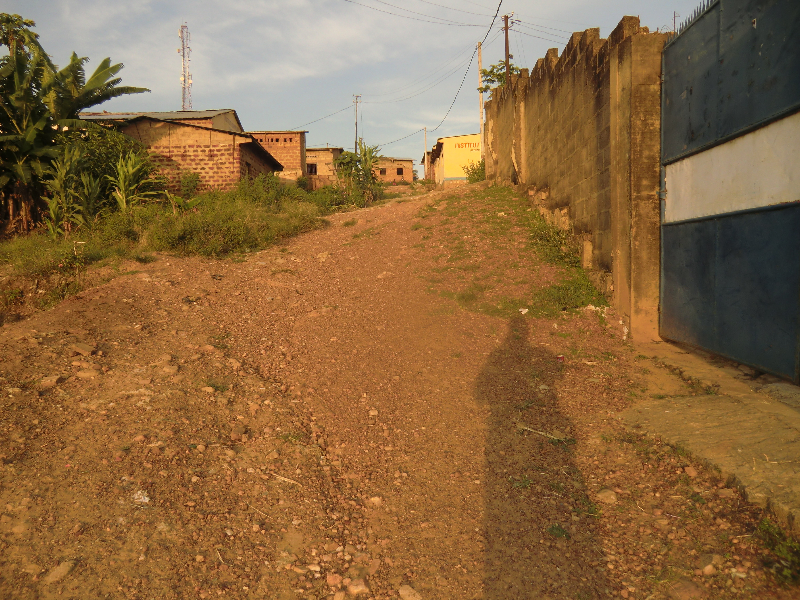 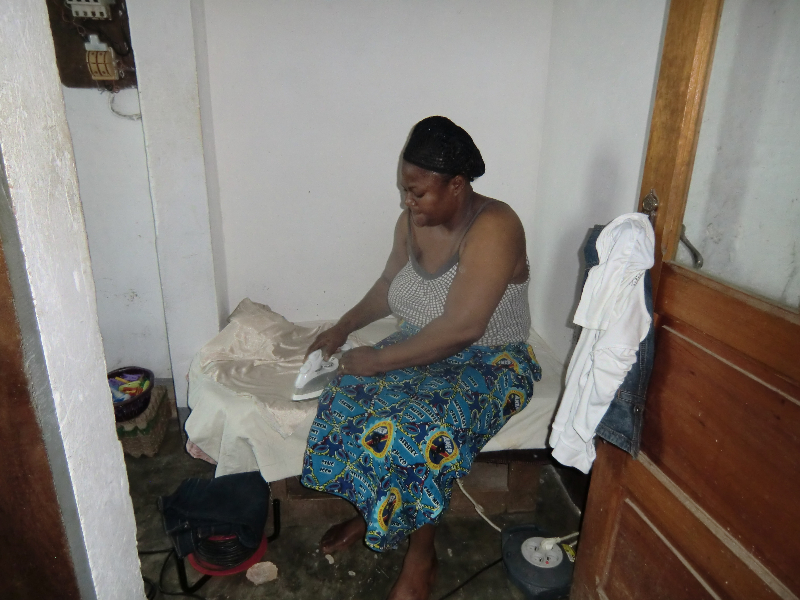 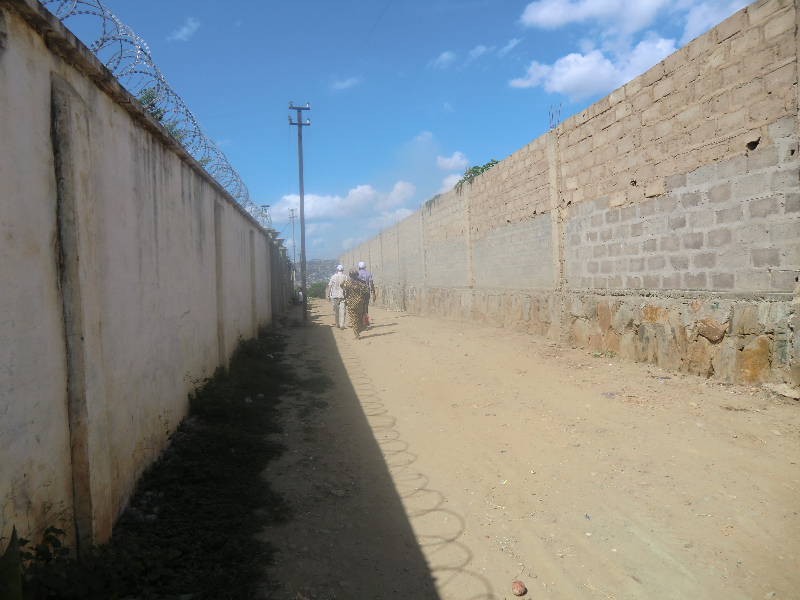 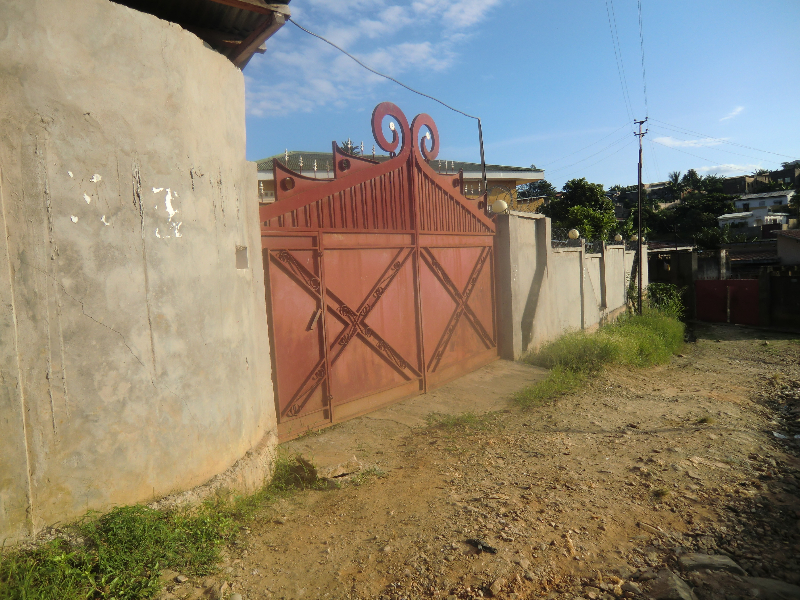