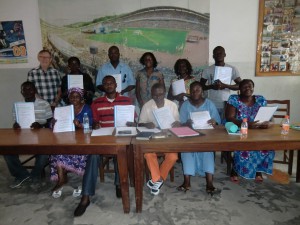 The OSDO group. The background is the opening ceremoni of Gothia Cup 2002 at Ullevi in Gothenburg. A collaboration between Congo and Sweden

After an early breakfast Myriam came in a taxi to pick us up. At 08.45 a.m. we were at the Gothia Cup stadium where we were going to meet the OSDO group. They started to come at nine o’clock and came one by one. By 11 o’clock the group was complete. This is a fairly typical way to arrive at a meeting. Takeoff time is long. If a meeting starts at nine it doesn’t mean that you should be there at nine o’clock. At best, it means that the participants present themselves at this time, but they might as well arrive one to two hours later. In Congo you have the time and in Sweden you have the clock. That’s the difference.

But the practical consequence of this way of managing time makes participants miss out on much of the information that the meeting is intended to give. It is difficult to recoup such a loss of information. This approach to time, we see as cavalier and irresponsible towards those who arranges a meeting. But most of all it affects the person who comes late, he/she misses vital information and knowledge. To keep up with developments, you need to be on time. The importance of time, or rather what you miss when you are not on time, must be reassessed. All humanity share the premise that we have a limited number of days and hours on this earth. You need to take advantage of yours!

When six of the participants had arrived we started the course. Bernt and I told them a little about MSG and the new organization here in Congo Brazzaville, Congo Support Group. Then, Myriam took over and started the teaching. She continued where she left off last time, which was the entrepreneur him-/herself, what personal qualifications you must meet. Bernt and I made a few remarks every now and then, translated by Myriam. She has taught them three times before. Myriam used the material which she had translated into French. I had made a Power Point of the material she used. When she was going to start on the final chapter of maximizing revenue and minimizing expenses there was a power outage, not an uncommon occurrence. There was no surprise and hence no irritation.

Myriam seemed to have a good handle on the situation and had a nice interaction and dialogue with the participants. They seemed to get along. As far as we can understand Myriam is doing a very good job. The participants seemed to be motivated and to have a goal. It was very interesting to see this group. They were much older than we had thought. We had a small break between 11 and 12 o’clock. One of the students went and bought drinks and biscuits for us all. The lesson were supposed to end at two o’clock but then there was a heavy rain and no one could go out, so we kept on for another hour. The power came back and I finally found some pictures from the last visit here in April.

We were back at four o’clock and the dinner was served. We had chicken and rice with vegetables and then a little siesta. I wrote this blog and we had a meeting with Annicet about the time schedule for next week. His nephew Roy, who has studied in Pretoria, South Africa, and speaks English, interpreted our meeting.

The internet on the first floor of the hotel has started to work again, and we hope it will be faster than what we’ve had in our room on the second floor. That has been really slow. But…the joy of internet was short-lived this time, it disappeared again. You have to be really quick and alert to make any use of it. We hope for it to be more stable next week, but nothing surprises us anymore. The person who is working on fixing the internet gave us some hope that it will work on Monday. Let’s think he’s right. 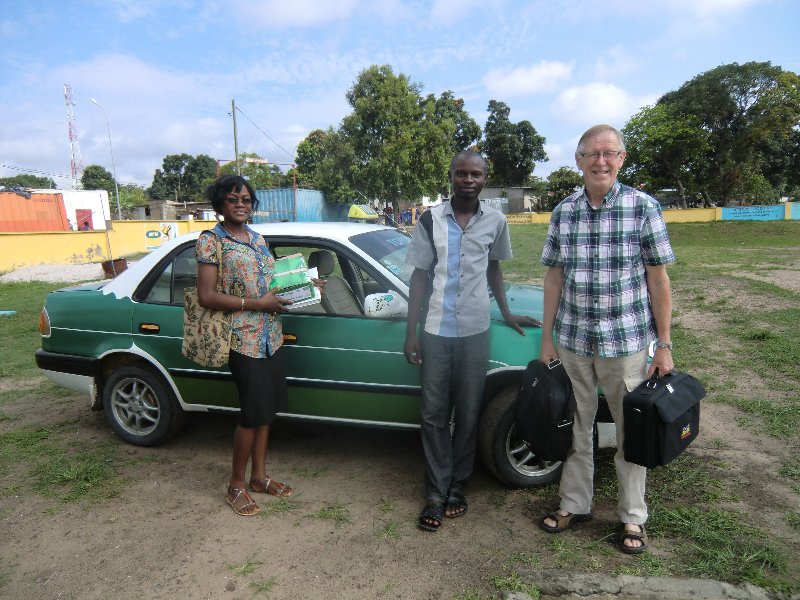 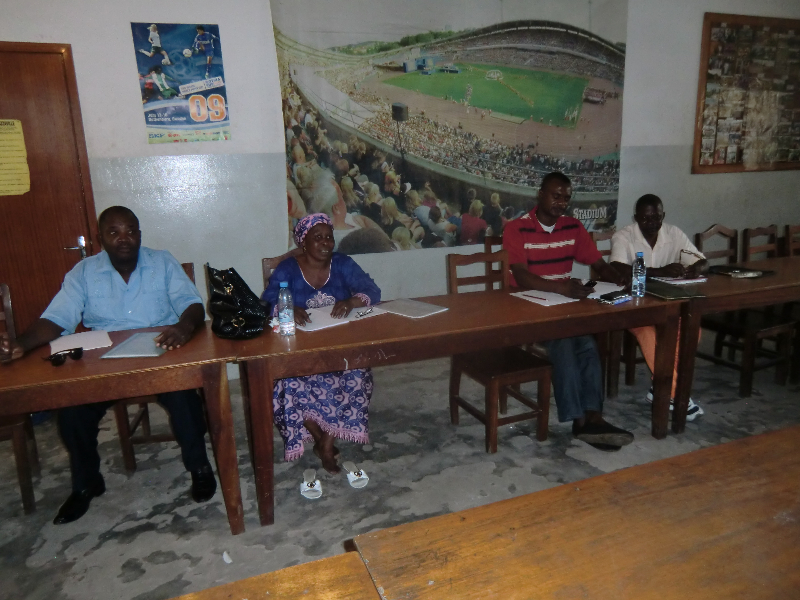 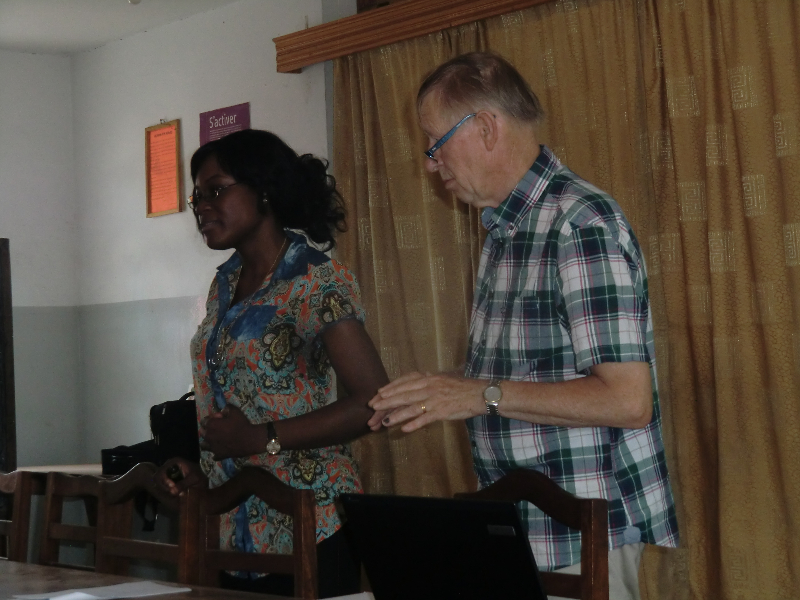 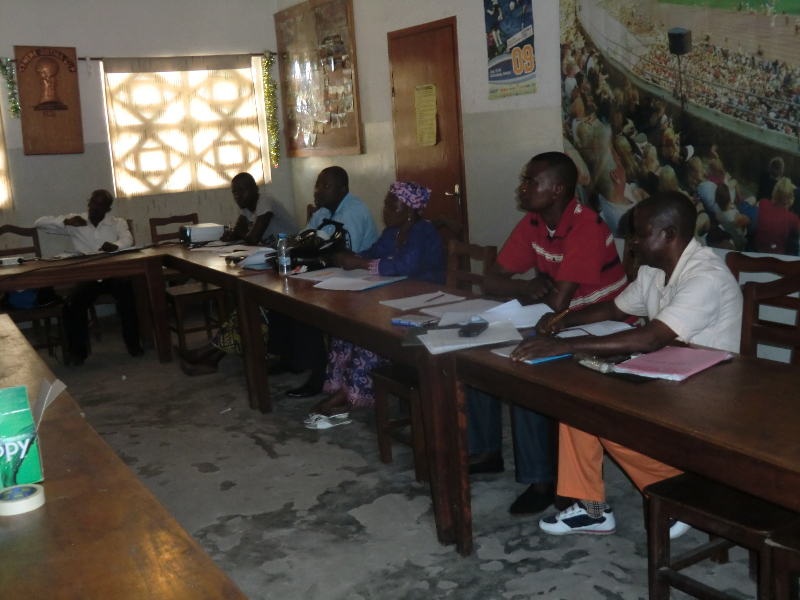 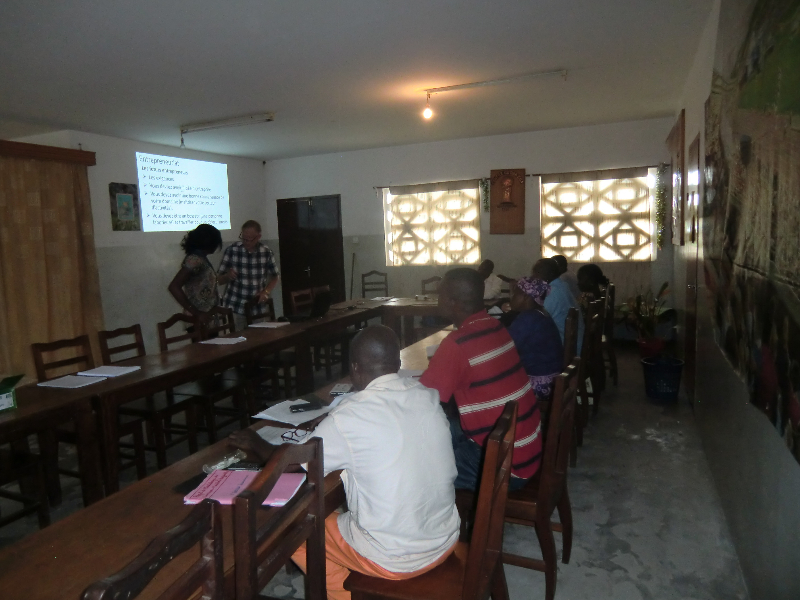 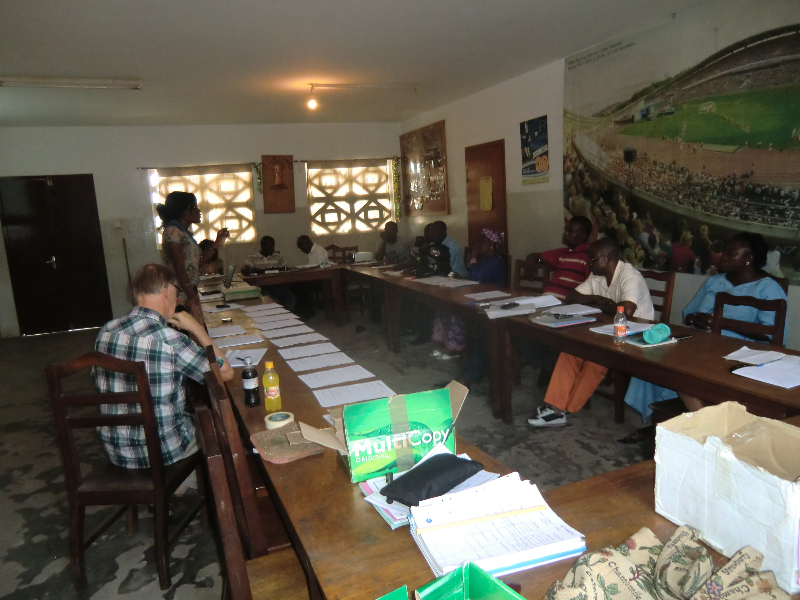 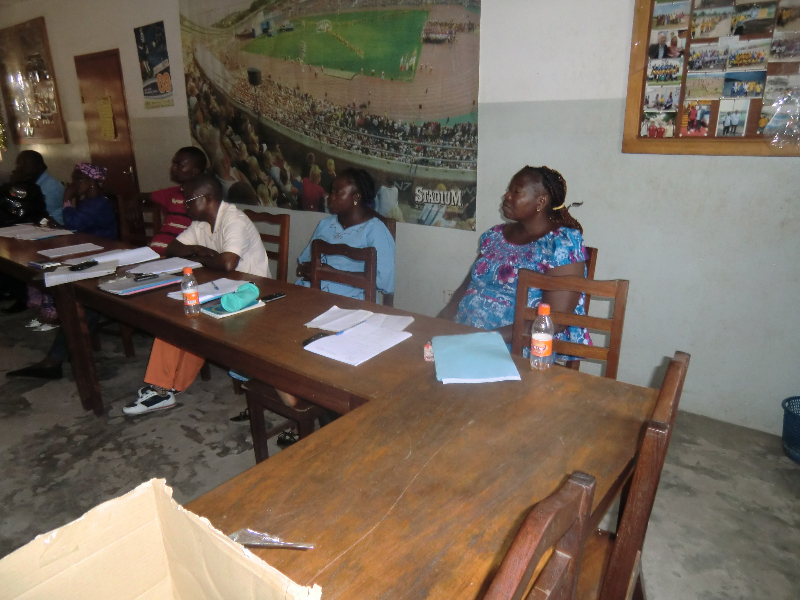 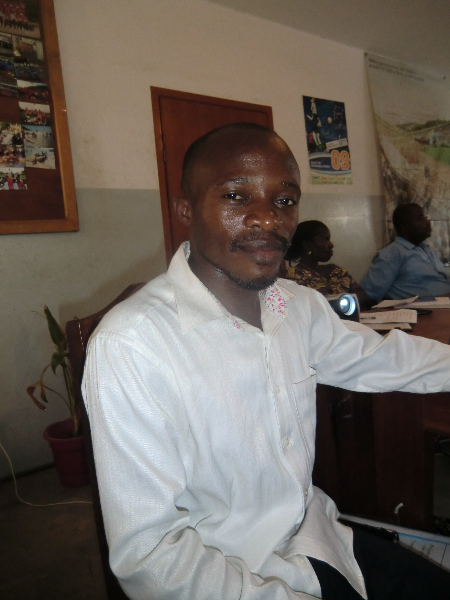 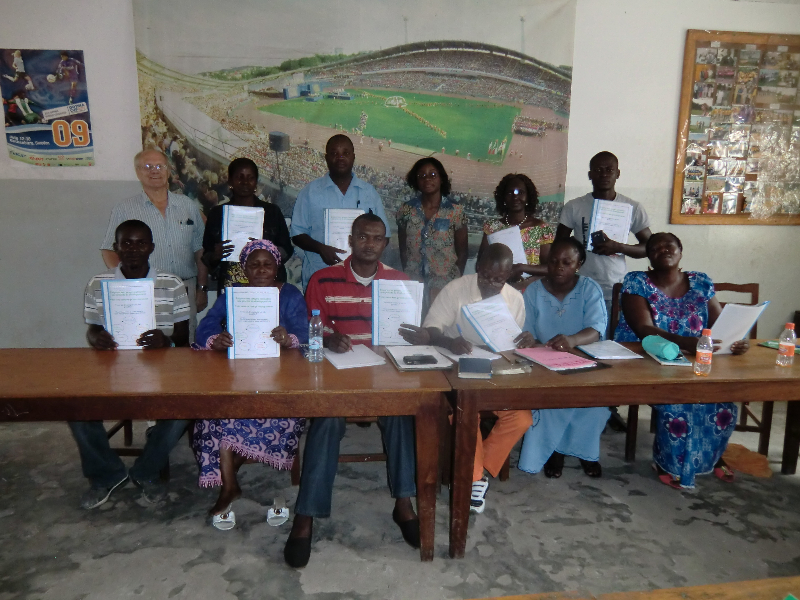