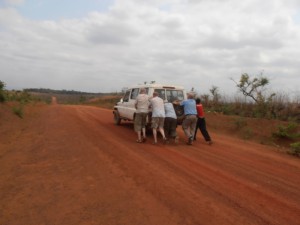 Getting stuck in the middle of nowhere

At 7 a.m., I took my usual walk to the solar cell charger. It´s a modest but beneficent morning exercise for me. Then I did some paperwork before I refilled the power supply with breakfast. At 9 a.m. we had an appointment with the director of the Luozi province, Jean Germain Kapula Mukumbayi. Bernt, Yapeco, Lendo and I were the ones who went to visit him. We presented MSG and told him about our activities in Luozi. Then we presented the idea of pastor Josef Nsumbu in Borås, that Luozi, Kimpese and Matadi together would become twin towns to Borås, and that Borås could transfer knowledge about sustainable garbage handling to Congo. Namely, Borås has world-leading garbage handling processes at work, and even an university education dedicated to this area. For instance, Borås convert organic garbage to fuel for cars and busses and to fertilizers. Combustible waste becomes electric power. The director of the province expressed happiness over our visit and appreciation of our ideas. He promised to call his colleage in Kimpese and forewarn him of our thoughts. It was a nice and pleasant meeting.

At breakfast, Bertil Åhman had told us that we must wear a tie when we meet important people such as the director of the province. I hadn´t brougt any ties to Congo, but Bertil had one I could borrow, and we were freshened up and properly dressed when we went there. I am sure this effort contributed to the success of the meeting. The applied dress code put the icing on the cake. The director of the province told us that he would like to meet with us again, but he thought that we should have contacted him earlier. We apologized and explained that our local representative Julienne had moved away some time ago, but now, Lendo is about to assume the position as the local MSG representative in Luozi.

On the way to the meeting, we met a Swedish-speaking lady in her seventies, Jacqueline Luezi. She told us that she had grown up in the care of missionary Ester Abrahamsson from Lysekil. Her mother had died when she was a baby. Jacqueline had stayed with Ester until she was 15. We passed by a true entrepreneur whith a charger service. Outside his kiosk, there was a small Honda generator chugging on. And there were people standing in line to charge their mobile phones. Almost every Congolese has a mobile phone, and because there is no power routed in this town, there must be entrepreneurs to find solutions.

Before we left for Kimpese, we had a cup of coffee at Gunnel´s place. She wasn´t there herself, but her maid Pauline made us coffee. We said goodbye to Christoffer and Pauline, and borrowed Gunnel´s car, a Toyota Land Cruiser, and driver Galvano and his helper Nkondi Jean Pierrre. They would take us to Kimpese.

When we arrived att the ferry stop, the ferry had left the shore and were on it´s way to the other side. But it hadn´t got far, only about 400 meters, and Yapeco called the captain and persuaded him to turn around and pick us up. Therefore, we had a quick crossing anyway. It´s invaluable to have a person like Yapeco in the party. He arranges and manages so that everything works, and he knows a great deal of people, both people in power and ordinary people, he seems to have good relationships with all of them, and he communicates easily.

Somewhere more than half-way to Kimpese the car stopped and it was completely impossible to get it running. The starter motor didn´t do it´s job and the car engine refused to start. We let the car rest for a while. To be a car in Congo is not an easy task, you really have to show your worth. I´m sure it needed a little break. Meanwhile, we had something to drink and some biscuits. After a while, we decided that we were going to try to push it to get it running. Ahead, we first had 100 meters of uphill road, and we wondered if we would be able to muster the strength needed to get the car over the edge. We braced our feet against the ground and pushed with all our might. And we actually succeded in getting the car to the edge. On the other side there was a splendid downhill slope. The car picked up speed and the engine started. Wonderful!

The ride to Kimpese was considerably more pleasant than the one in the other direction. Galvano is an able driver, and he drove with discernment. We were not the least bit bruised. Safe and sound, we arrived to Kimpese at 3.30 p.m., where we have the privilege to stay with Nganga and Therese in their fine house with air conditioning. Therese served a delicious dinner an hour after our arrival. It is Saturday evening, and we reduce our activities and relax.

I haven´t been able to attach pictures to my blogs during the days in Luozi. Internet connectivity has been poor, I have even had to send the blogs by e-mail to Europe, from where they have been published on the site. I hope to be able to work properly with the website and the blog here in Kimpese. If you have a little patience, there will be pictures for all the blogs. 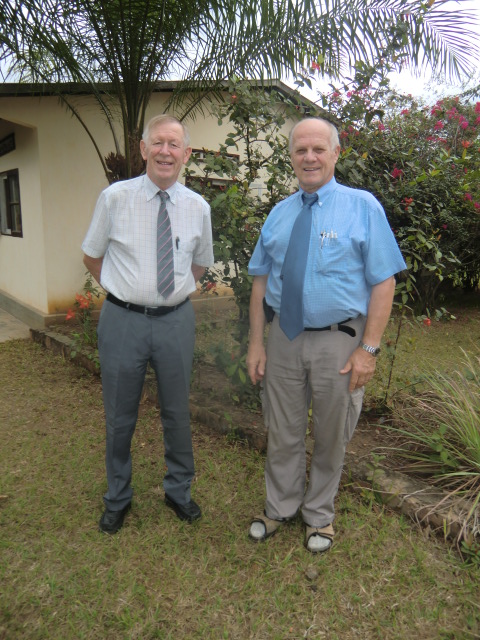 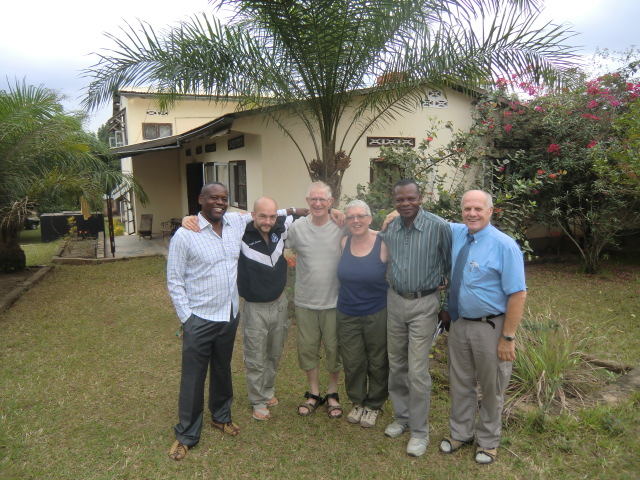 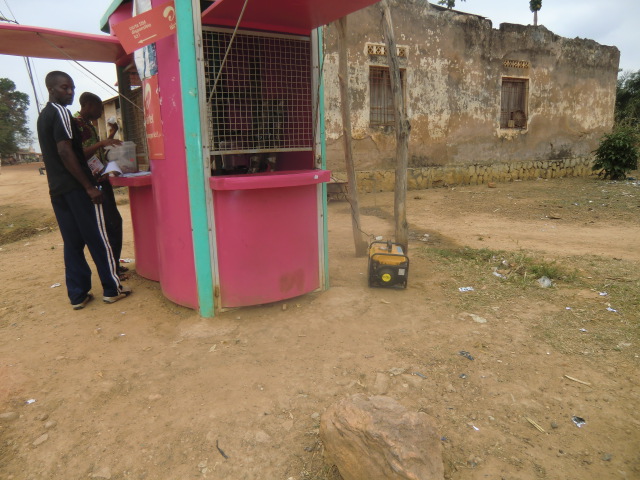 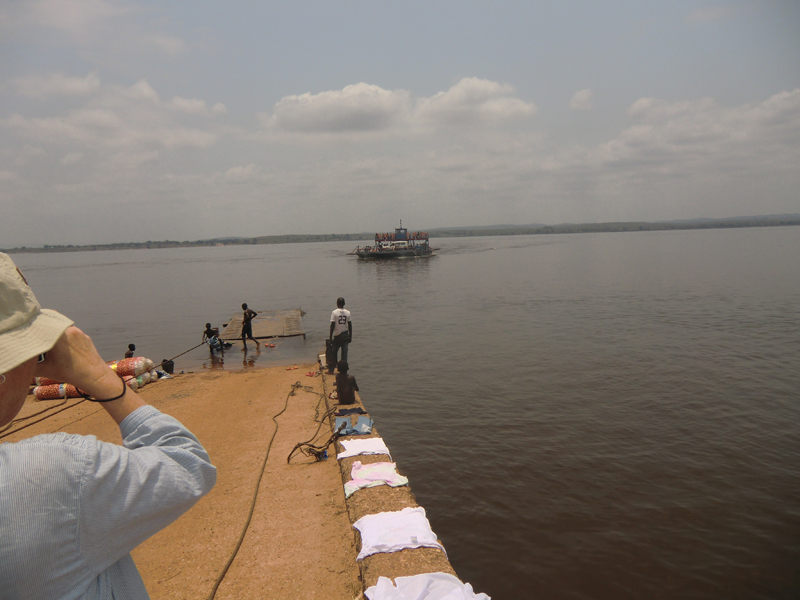 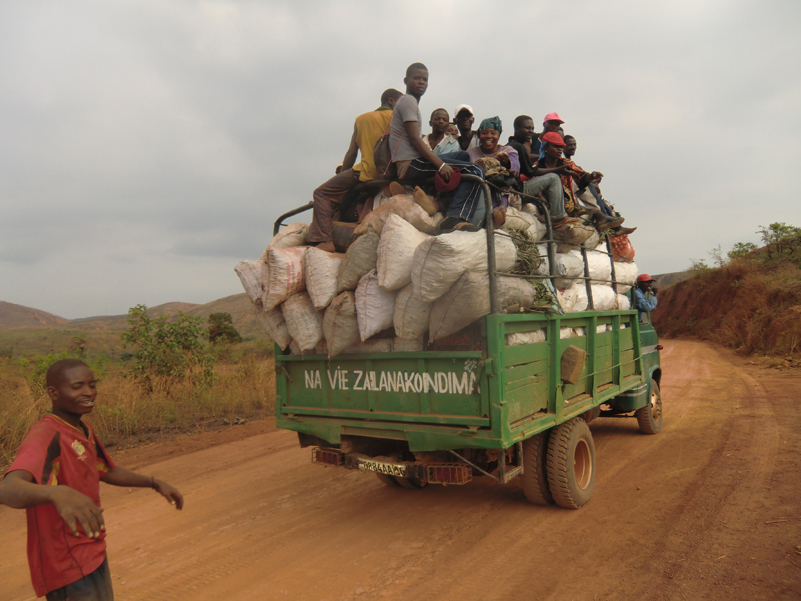 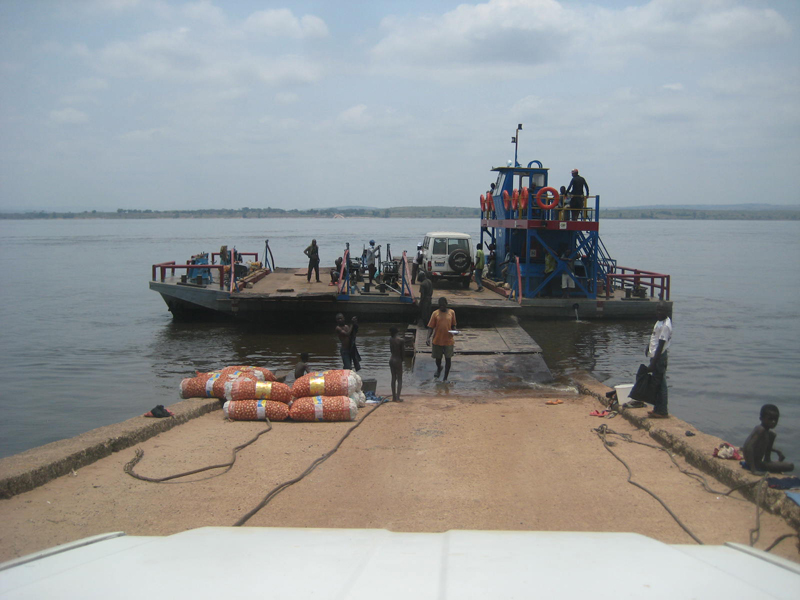 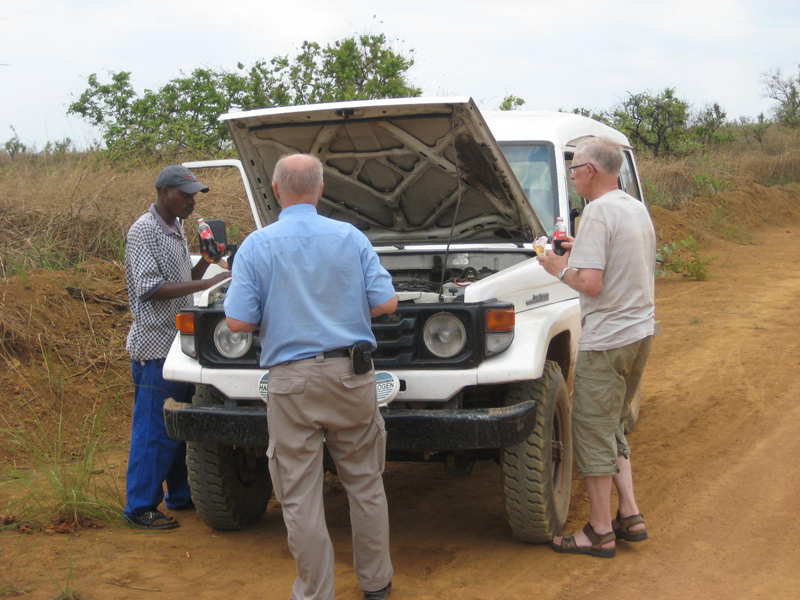 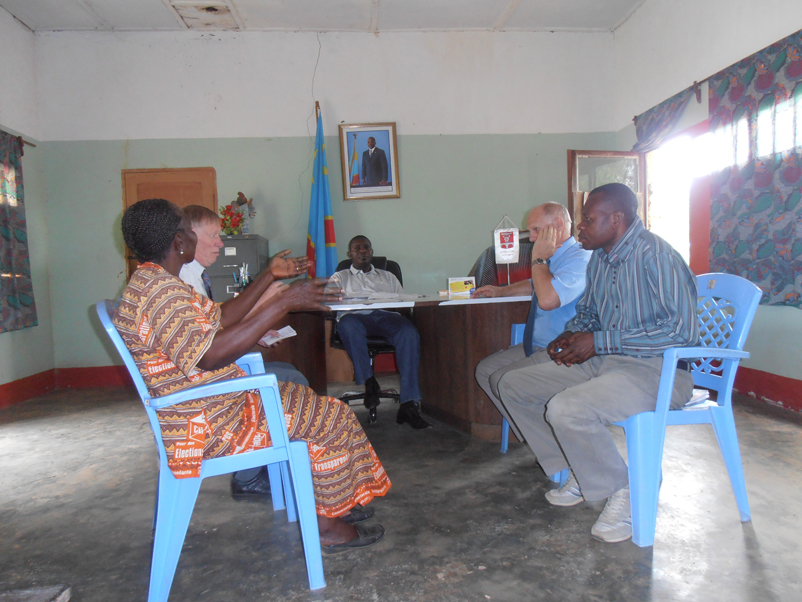 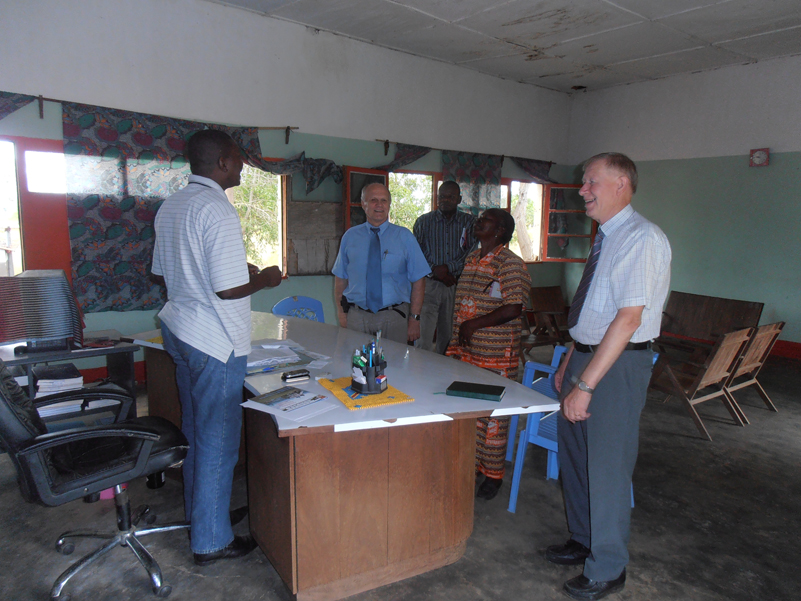 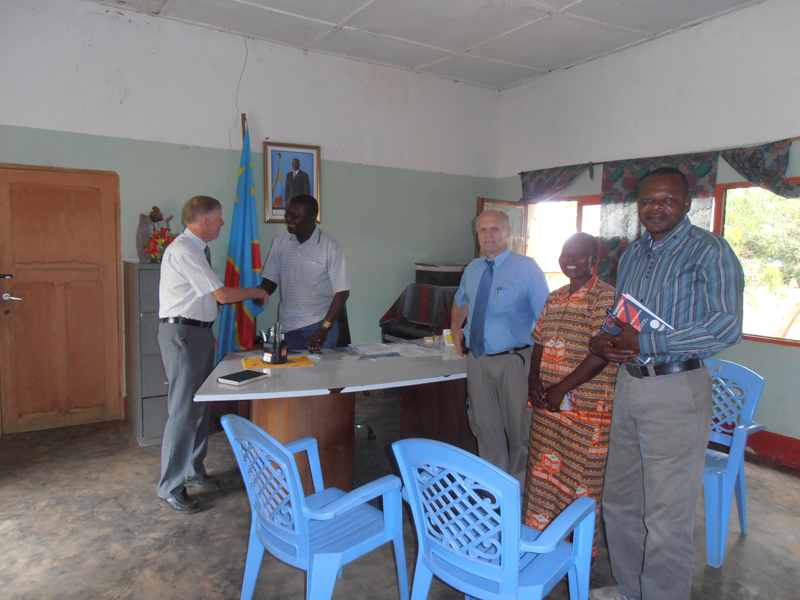 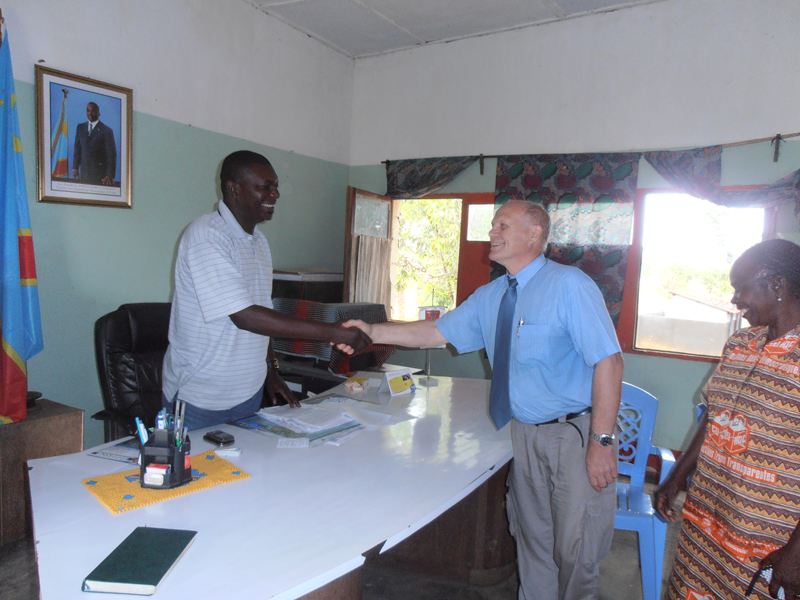 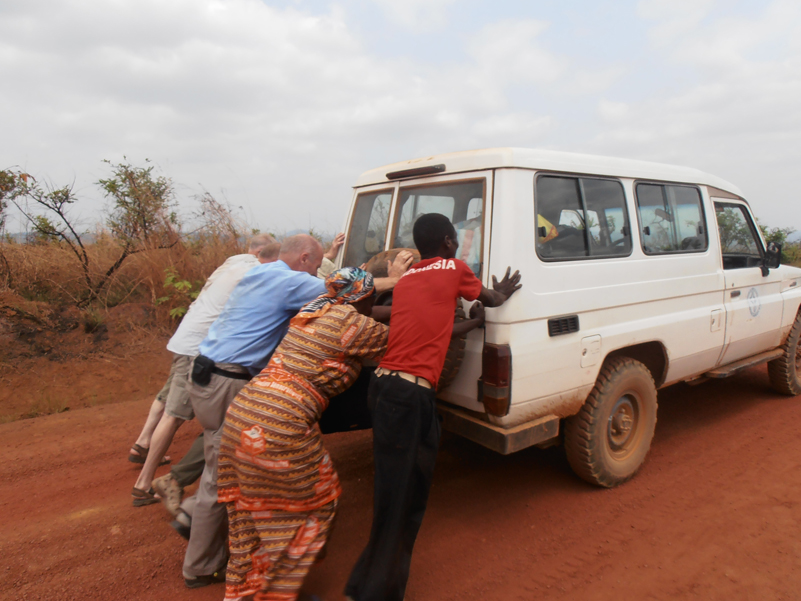