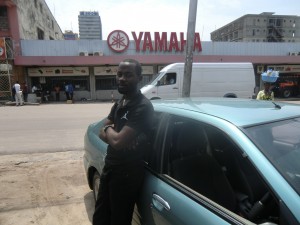 Our driver in Kinshasa, Guylain

Today we have been traveling to Kimpese, about 200 km from Kinshasa, almost all day. Our driver in Kinshasa, Guylain, picked us up at the hotel this morning and took us to a taxi rank. Yapeco looked around and got hold of a decent car and a driver named Fiston. The rain started pouring down when we were moving our luggage from the one car to the other and Yapeco became very wet. Bernt and I succeded in becoming a little less wet and Fiston worked shirtless. It took some time to take care of the luggage. Our four suitcases weighed about 100 kg, there were several small bags, and Yapeco had purchased two boxes of paper and some equipment to his office in Kinshasa.

In addition to all the luggage there was one passenger besides the three of us. The car was well-packed, but it was not crowded. We had no goats chained on the roof or people standing at the back, lying on the bonnet or hanging on the sides of the car. The Congolese usually exploit the the car’s performance to the extreme. As far as I understand, the cars are loaded at least twice as heavy as in Europe, and the traffic police condone the overloads. If there had been stricter regulations, the overloads would have been a great source of revenue for the police. On our journey today we have encountered about twenty policemen and not one of them asked for a bribe. We were happy about this, but everything about the car was legal, thus there was no reason for us to be charged. Or could it be that the policemen’s code of conduct has been upgraded?

Even though we started this part of the trip more or less soaked, none of us were cold. One of the good things about Congo is that you never get cold even though you are wet. After a few hours in the car, we were perfectly dry again. And Fiston had put on a dry sweater and looked completely presentable again.

At 3 p.m., we arrived in Kimpese at the home of our friends Nganga and Nsiku Thérèse. We have stayed here during five of our Congo trips, and for the most part, on two occasions on each trip. They are extremely hospitable and they offer us a very good place to stay. When we are staying at the home of a family here in Congo, we compensate for the load of having guests. Today we were served dinner within one hour. We had rice and chicken, tomatoes, onions, sakasaka and manioc and for dessert, bananas. 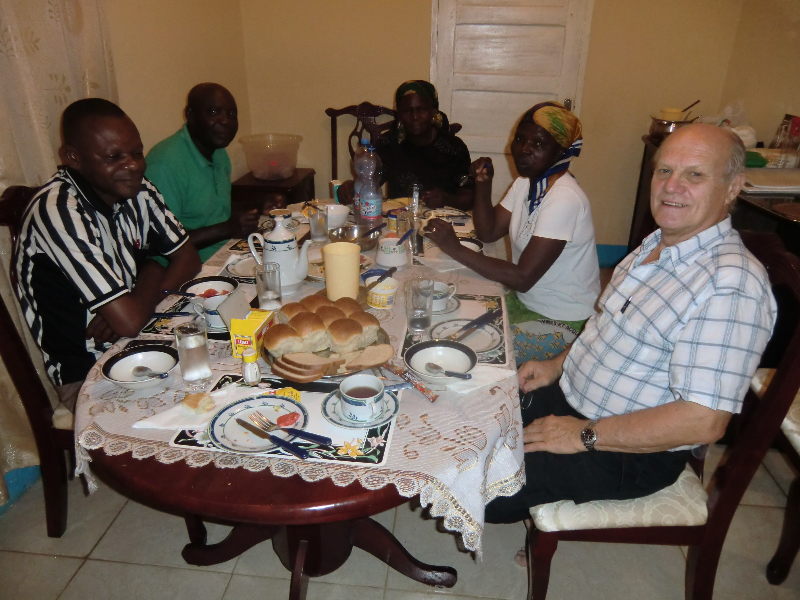 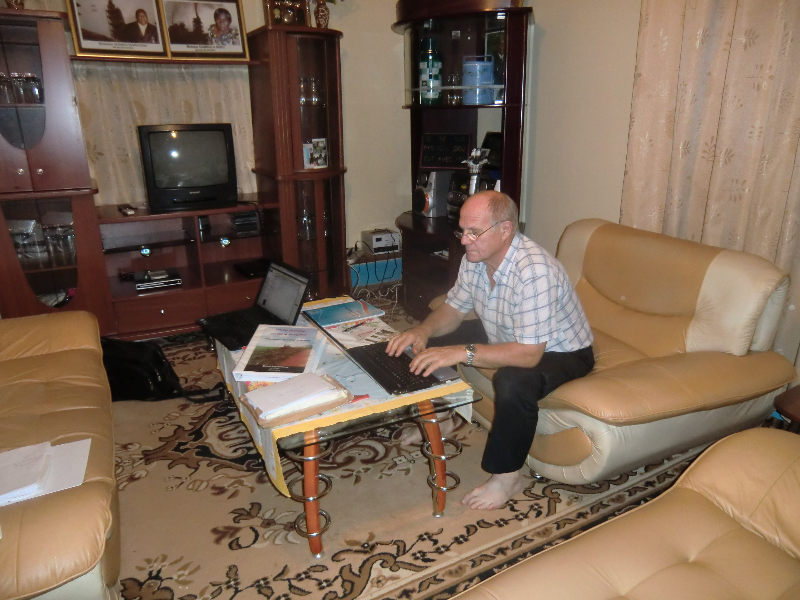 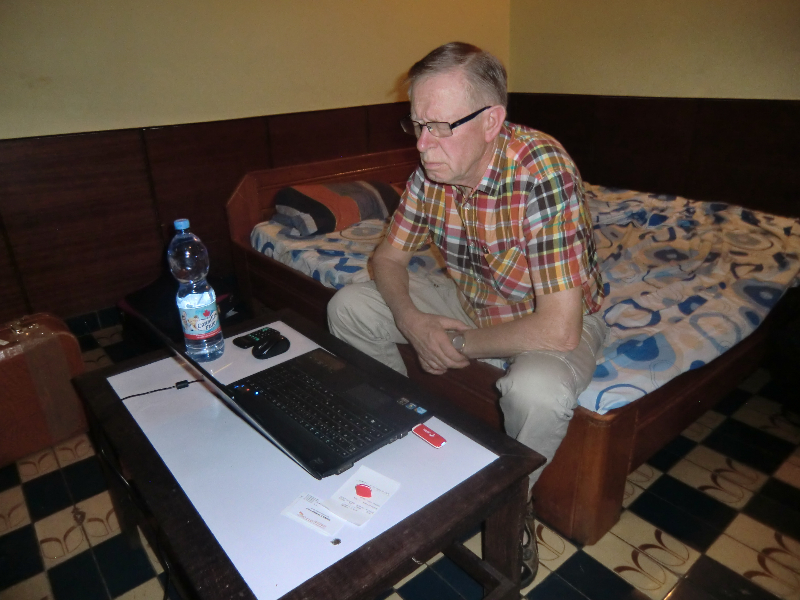 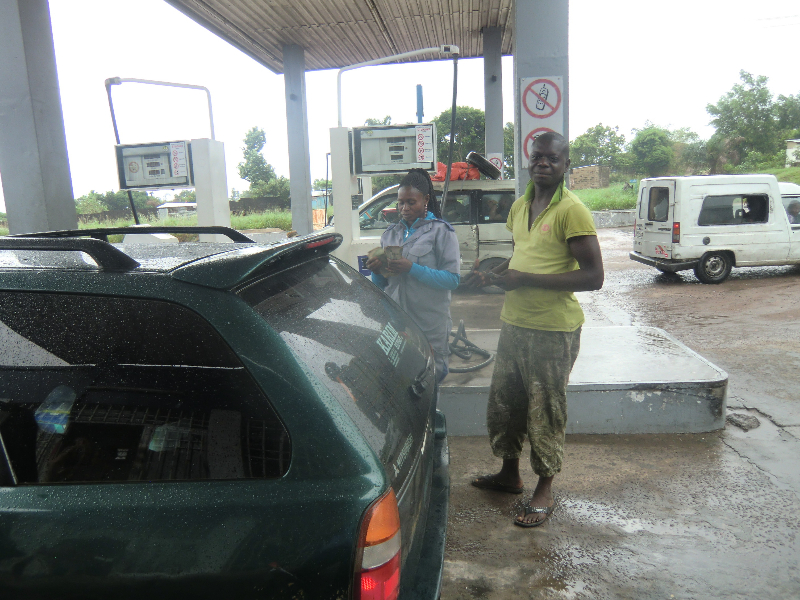 2 thoughts on “In pouring rain”