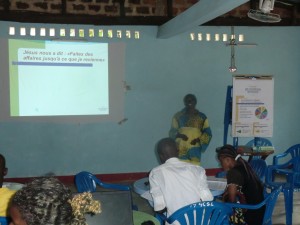 At 11 a.m. Bernt and I was at the Youth House, to arrange the classroom. Samuel met us there and helped us. All participants must have room to sit at a table in order to be able to take notes. We put twelve tables on the floor, and put three or four chairs at each table. My bed sheet was transformed into a projector screen. We put a few nails in the wall from where we could hang the arrangement. In addition, we used the tape that we had wrapped around our suitcases before we went to Congo. The Air Brussels adress labels still had some glue on them, so we used them as well. And Yapeco had some tacks that he hit with a rock. Eventually, we got an almost wrinkle free projector screen – a really good result with which we were pleased.

We hung the flipchart on another special construction consisting of three stacked chairs on a table. To get the right height, we took a suitcase and placed it between two of the chairs. It seemed to work. But we will have to see what happens when we turn the sheets.

Before we went to the Youth House, we were at Yapeco’s office to print some documents. At the office, we realized that the FBS material must be hauled from Yapeco’s office to the Youth House. The distance is only about 400-500 m, but it is a tricky path over logs and stones. It all worked out splendidly well. Some strong guys came by, put the bags on their heads and went off, carefree. It was a great comfort for the two weak mundele, who are sweating hard even without performing heavy chores like these. The generator had to be hauled along the same path. It is a heavy diesel generator. A group of men pulled it to the Youth House. It took much longer than we anticipated, but it arrived safely and an electrician connected the generator to the powerline of the house. Throughout the whole day Matadi lacked electricity, but at the Youth House we had uninterrupted power.

We had planned to start the course at 2 p.m., but in reality we started a quarter to three. Nobody complained or went home. Delays are more the rule than the exception here. Yapeco welcomed everyone and opened with prayer. I talked a bit about the FBS material which is basically a manual on entrepreneurship, and I talked about the conditions for participation. Two of the game rules are that everyone do their best to be on time, and that all cell phones must be turned off during class. We hope that these rules will be respected. Every participant has paid 10 USD for the FBS material. Bernt and I will teach a little, but most of the lectures are managed by Julienne in French, Lingala and Kikongo. The reason why we don’t teach more is that it is tiring for the participants to listen to constant translations.

Today, 34 participants came and we are expecting some more on Monday. At the end of today’s session, there were some issues that Bernt and I had to answer. In the introduction of the FBS material it is mentioned that Buddhists have participated in FBS courses in Burma. One participant wondered if we were proper Christians. We seized the opportunity to tell them a lot about ourselves and our experiences of Christian life. We also talked about the background of MSG. Furthermore I tried to explain to them that the FBS material primarily conveys knowledge about entrepreneurship and has its origins in the Christian Bible. The material therefore explains, among other things, how an entrepreneur can expect and receive God’s blessing if he wants to believe and embrace the voice of God. 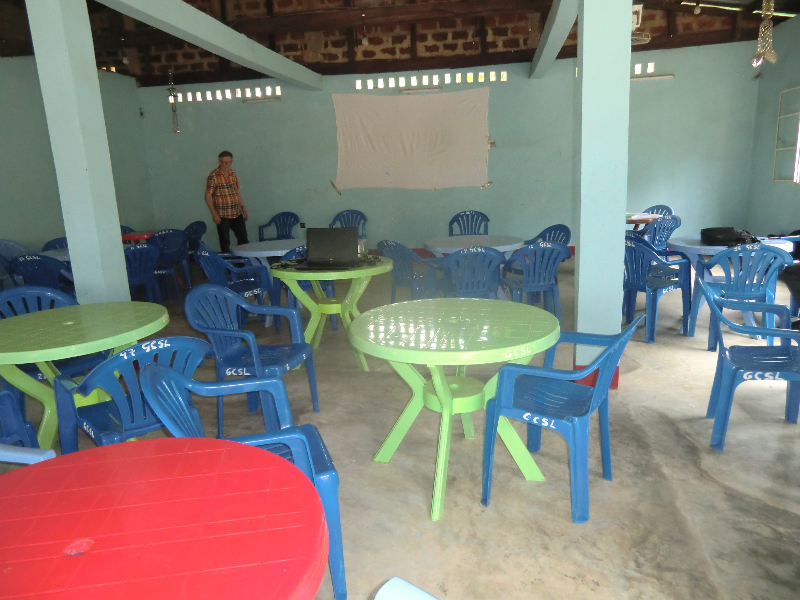 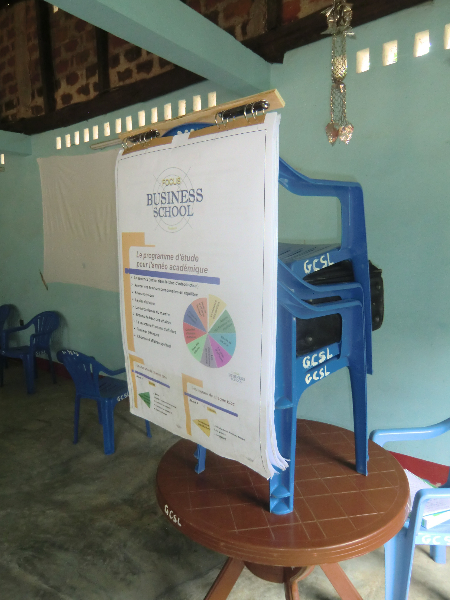 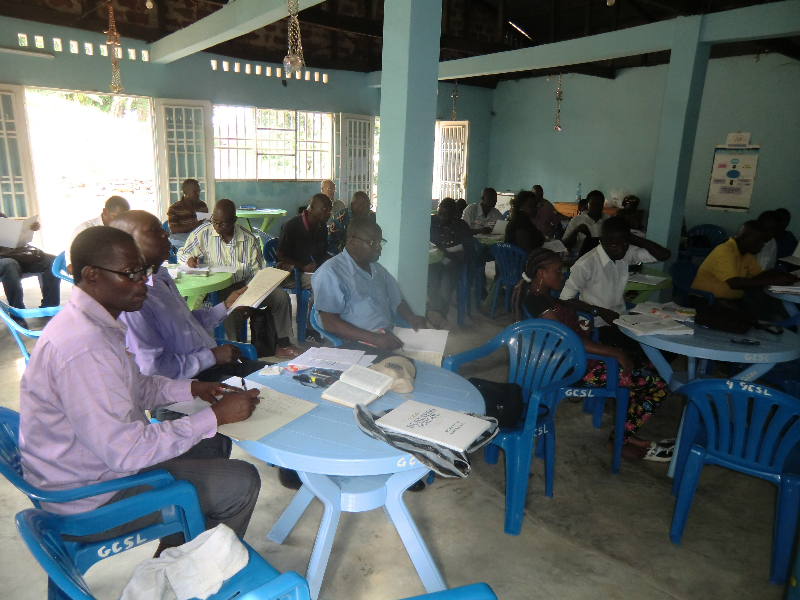 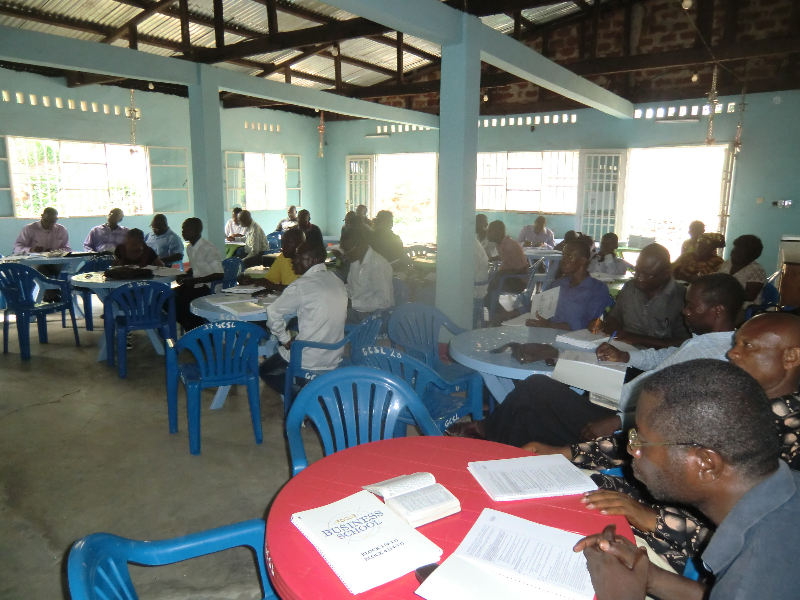 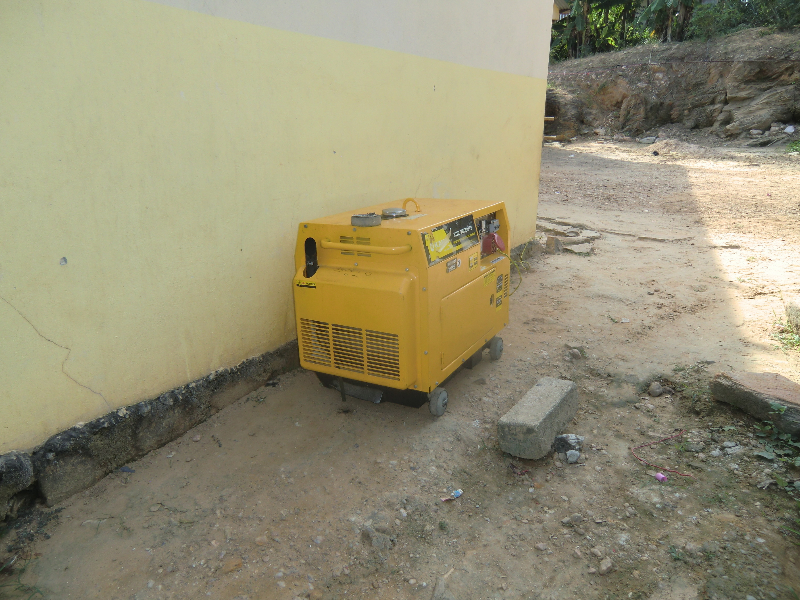 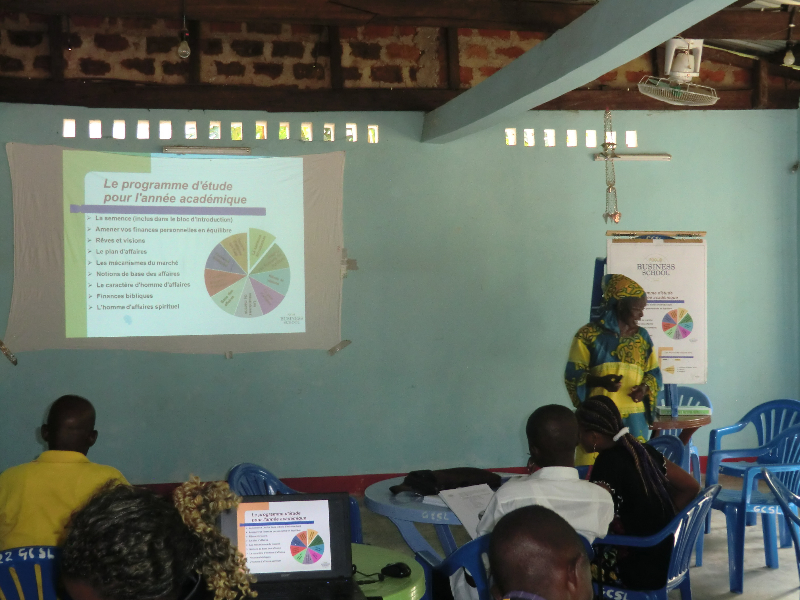 1 thought on “Meeting with trainers”