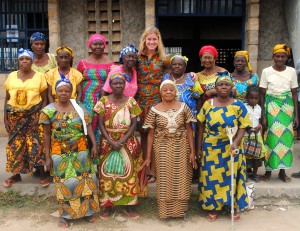 Me and the old ladies 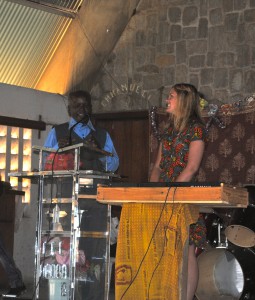 I have just hold my speech 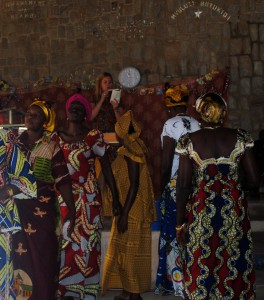 Today my last week in Matadi has started, well it´s actually less then that it´s only five days remaining. I´m now on my second last lesson. It´s pretty tuff and it´s a high tempo with lot of grammar such as verbs in imperfect and perfect, how to build questions in imperfect, present and future, comparing adjectives like old, older, oldest and demonstrative pronouns. It also consist of much repetition of all the words and phrases that I’ve been teaching under all these weeks so it may not be the most entertaining lesson that I have hold but definitely one of the most important ones. My walk to and from school are getting harder and harder to make. Not physically, no I´m getting used to walk up for the steep hills here but it´s all the attention that is starting to get to me. I can definitely conclude that I would never fit as a public person, not at all.

Because me and Yapeco are taking the bus to Kinshasa on Saturday, yesterday was my last Sunday in Matadi and therefore became the services in church my last too. I attended both the French- and the kikongoservice and I sang on both. On the first I performed “we shall overcome” and on the second “o store gud” in Swedish and also on Kikongo to the audience´s delight. They also thanked me off and I held a speech, on French. The first time I was taken by surprise and therefore I was trembling with the words but the second time I were prepared and it actually went pretty fine. When all was finished it was time for photographs and now I have a load of pictures of me and choirs, churchmembers and musicians. Thank god that Yapeco was there to organise it all, he is actually a Congolese that is really good at that and it therefore became grouppictures instead of photos with me and them one and one and it all went pretty quick.

Well well then, I have to say thanks for me for this time and go to school. But don´t you worry I will be in touch soon again.