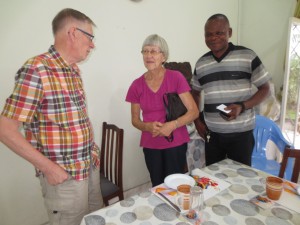 The time had come to leave Kinshasa for Kimpese and Louzi. We ate breakfast early and at 8:40 am we were ready to leave, this time in the large car. It says ”President of CEC” on the car. This means that we will not have to stop for roadblocks or police controls. That is especially good, knowing that we are going 220 kilometers today. Yapeco is going to Matadi to collect the remaining solar lamps. We thanked the staff at Nzo Binati and said goodbye. Ruth Diabanza came and asked us to bring some tea to Sweden. She traveled to Sweden today after half a year in Luozi. We didn’t have any solar lamps to pack since everything had been sold. They went like hot cakes in Kinshasa.

Kinshasa is a hundred kilometers across, so it takes a while to get out of town

Edi Diafukuna, president of the Church, said a prayer when we had got into the car. Young Augustin started driving and he drives well. The roads are of very varying quality and we are grateful that we felt fine all four hours of the trip. We listened to a lot to music, first Swedish songs, then Congolese. The Congolese songs often repeat the same words over and over again. Then I wish we had a translation.

Yapeco wanted to stay along the roadside at one point and buy some things. A little girl came up to my car window and wanted to sell plastic bags. I shook my head and said ”Non” through the window, but she looked happy anyway and stayed there the whole time while we were waiting for Yapeco. She imitated me and shook her head, when I did, a limited but cheerful kind of contact. I wanted to take her picture, but I was afraid she would disappear if I did.

We went through many different types of nature, many valleys and hills. And we drove through different villages, most of which looked very nice and two who were just puddles of mud. People were selling goods right next to the mud puddles and it looked like a difficult life. We often see goats in the villages and sometimes pigs, looking around for something to eat.

We passed by the Lukala cement plant, a huge facility, and soon we were in Kimpese.

We went up to the IME hospital which we visited in October 2010 and we came to the pilot villa, where Hélène Bunisama received us with very good food. When we had eaten, Yapeco and Augustin continued to Matadi. They are returning Friday morning. Yngve and I were ”off duty” during the afternoon and evening in the nice and well kept pilot villa.

The birds are chirping and reminding us of spring at home. Yngve and I took a walk in the nice surroundings and the temperature is comfortable. 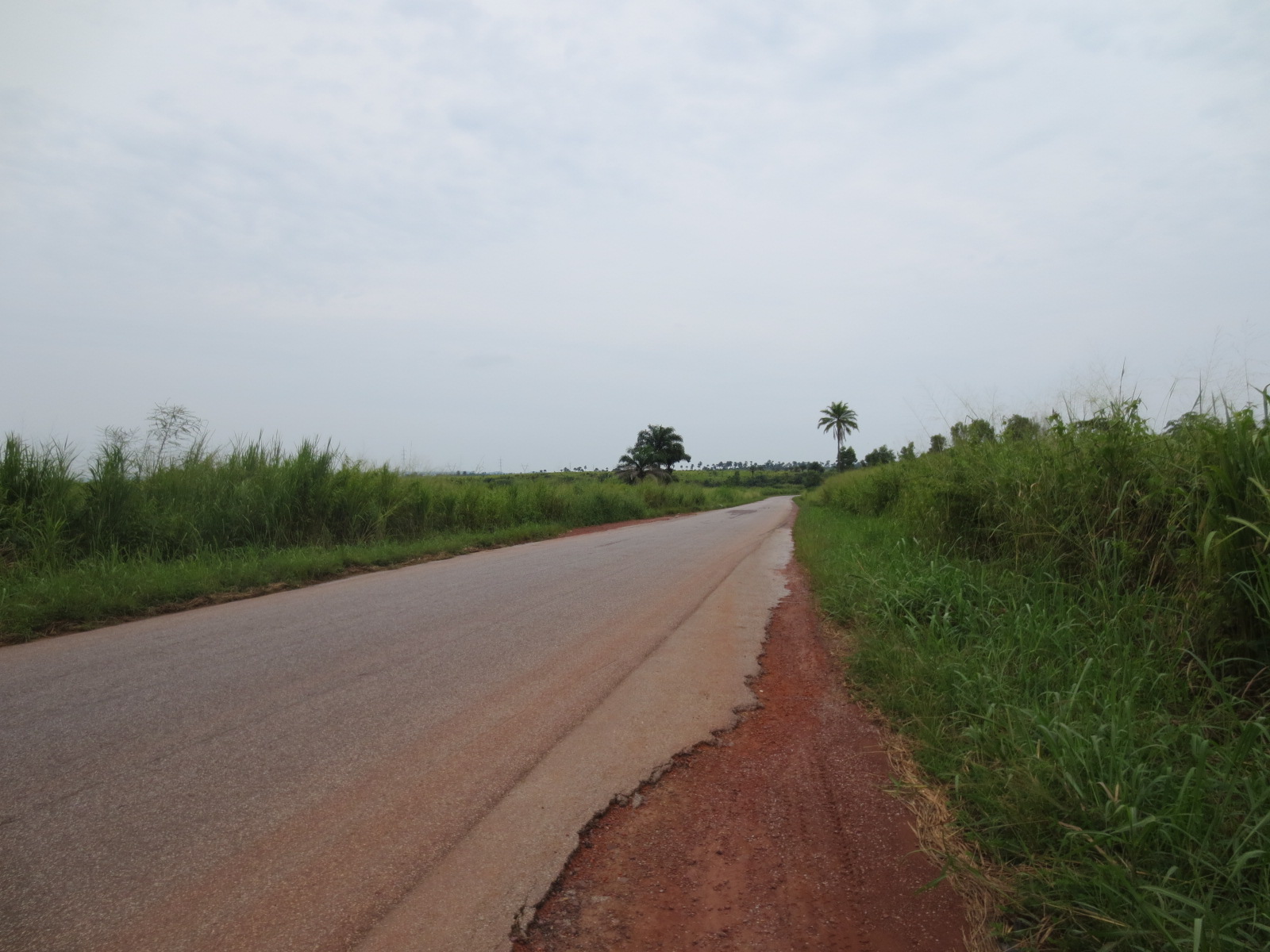 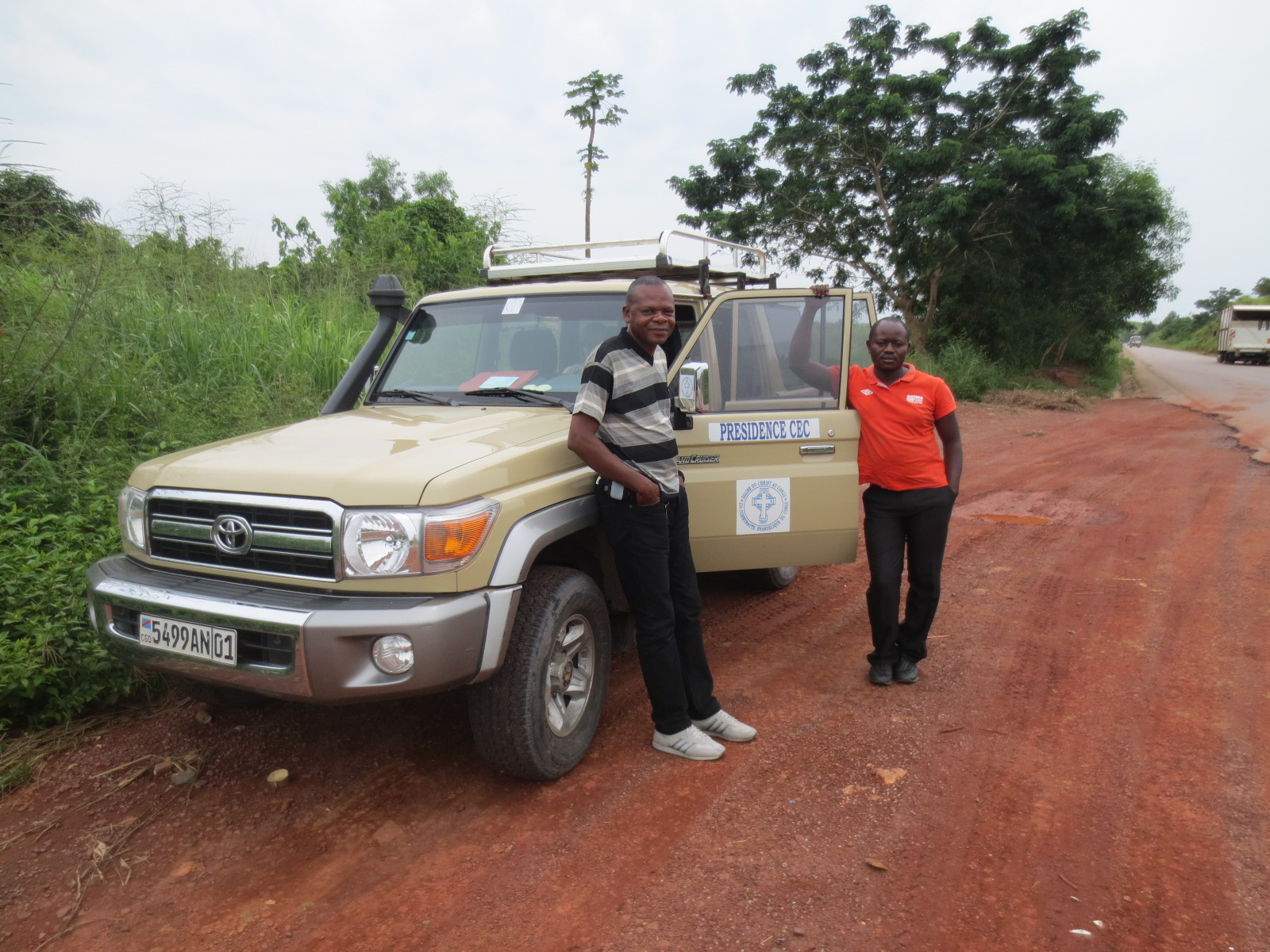 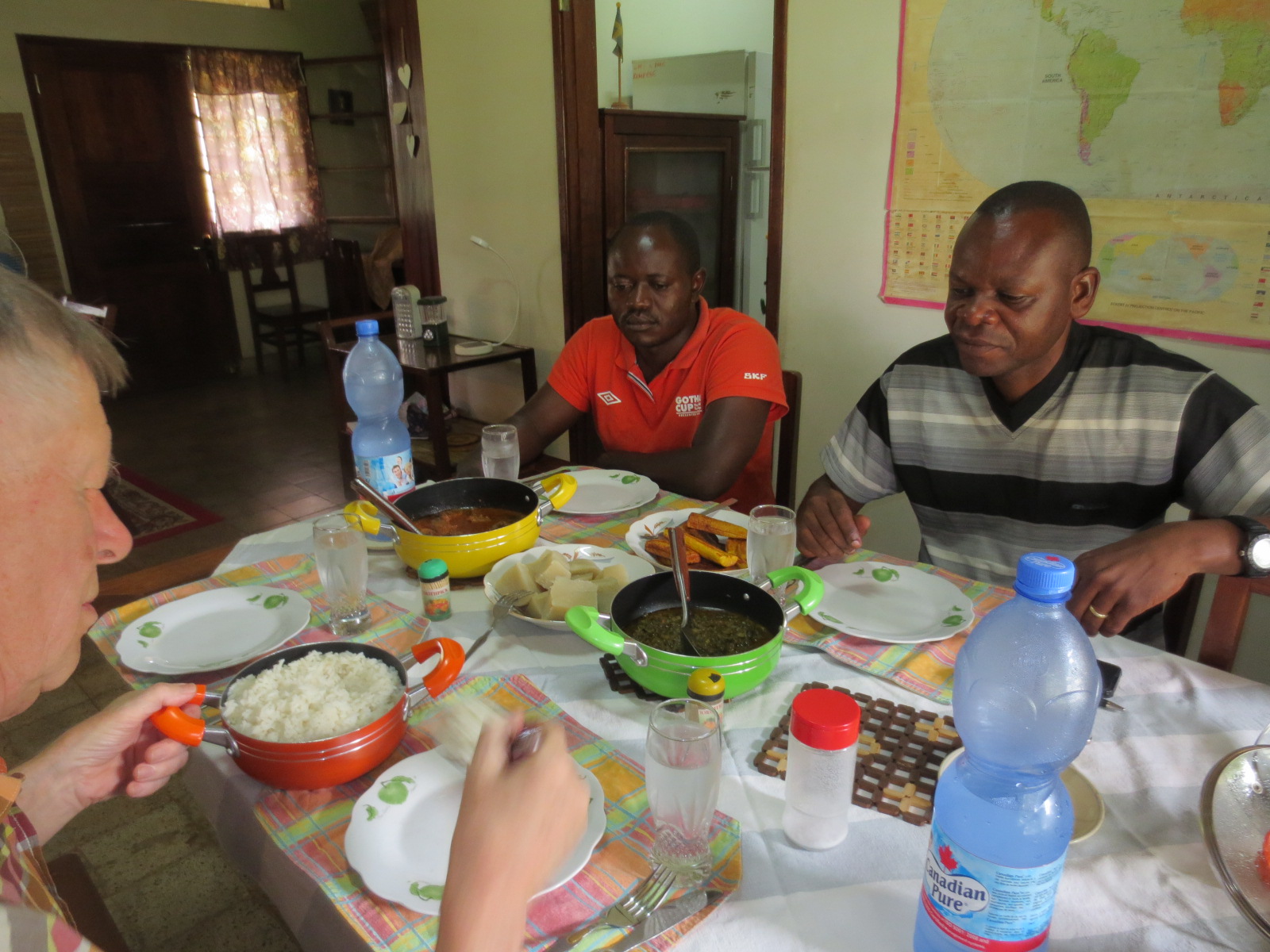 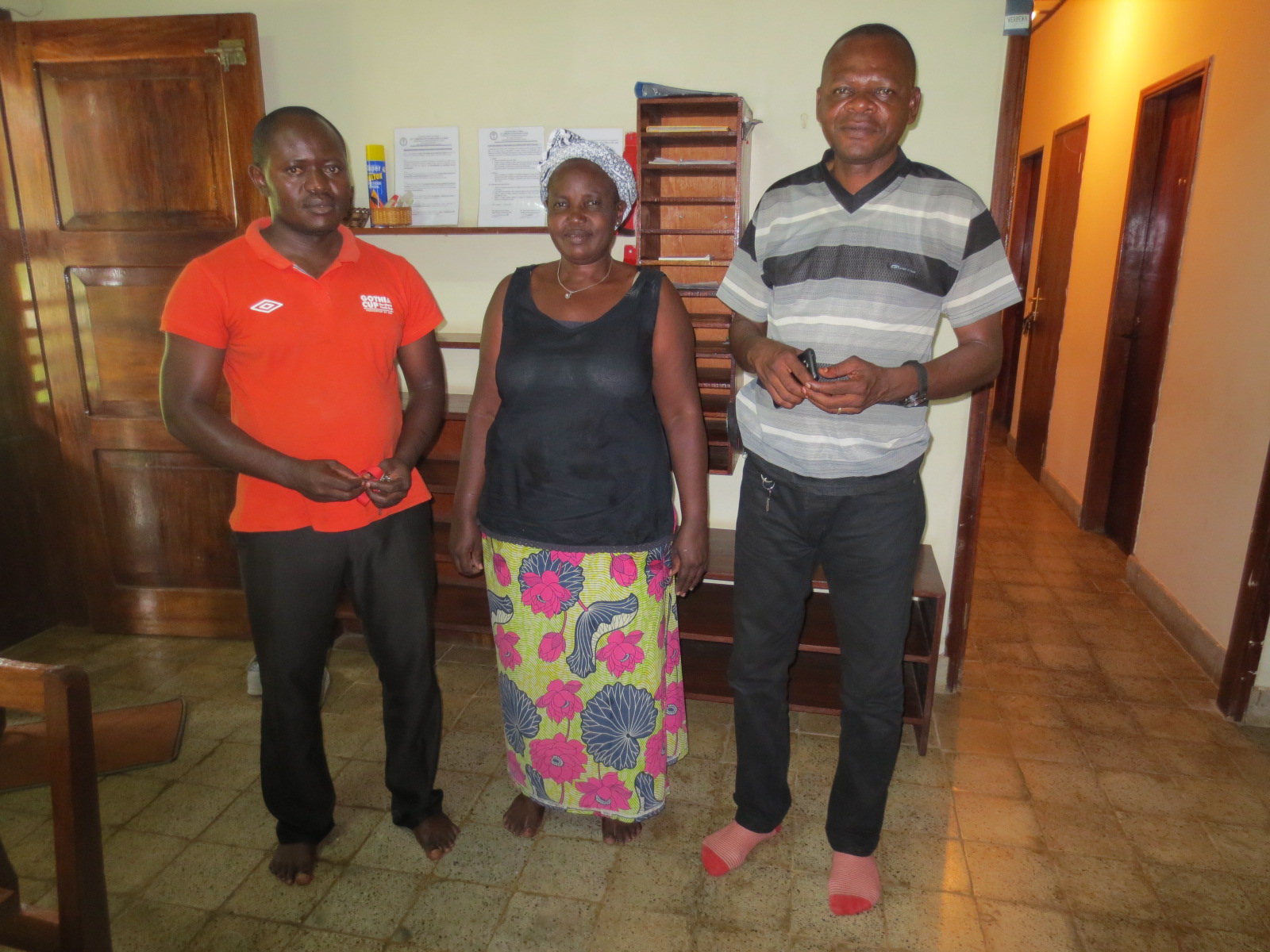 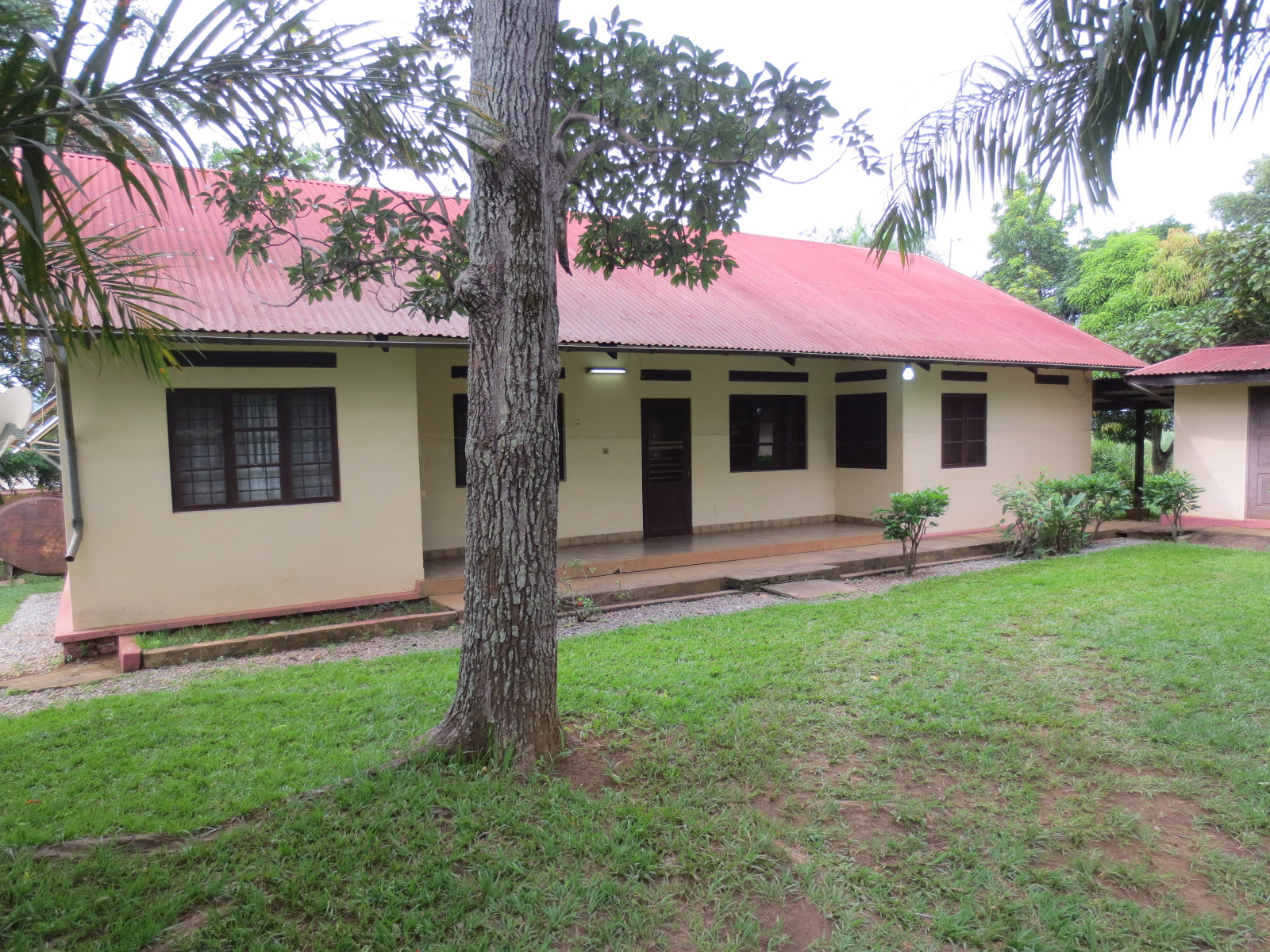 3 thoughts on “On the move”