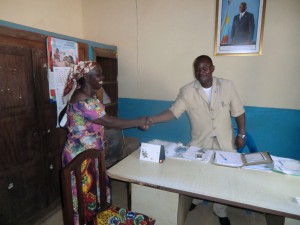 During part of the breakfast the whole family was gathered and Bernt held a thank-you-and-farewell speech to the Bakala family. I supplemented with telling them about our upcoming activities. Then we packed our belongings and put them in Yapeco’s car. We drove to Yapeco’s office where our luggage were moved to a waiting taxi. The taxi would take us to Kimpese. But before we left Matadi, we counted Yapeco’s cash assets, on behalf of our auditor. Everything was correct and in accordance with the accounting. Then we checked the cash assets of the lamp sales until April 1. They were also in accordance with the reported sales.

At 1 p.m. we arrived in Kimpese to the home of Nganga and Therese. It was really nice to get here. The last part of the trip had been particularly hot and in this house there is an air conditioner that makes life more pleasant. Otherwise, we had good weather during the trip. It had been raining all night and morning, and when we left Matadi it had been cloudy, something that guarantees a comfortable temperature. Along the road, there was surprisingly little traffic and hardly a single truck. The truck drivers’ strike is still going on, no doubt about it. The road was almost completely free of oncoming traffic.

We rested for an hour before we walked off to Emy Meantezila. After the visit at Emy’s office where we delivered mail and parcels from Sweden, we went together to the head of Kimpese municipality, Dieudonné Mfitu. We talked about the the deferred trip to Sweden (a study visit on garbage disposal), and we presented our information binder, told him about the projects we work with and stressed the importance of cooperation with leading politicians and authorities. The invitation to Sweden is still standing, it’s now up to the the municipal leaders of the three cities (Matadi, Kimpese and Luozi) whether there will be a study visit or not. Then we had a meeting with Emy. Thunderstorms and threatening skies shortened the meeting. After a quick walk home, the rain started to pour down in abundance. But by then we were safe and dry indoors.

We were back at Nganga’s at 4.30 p.m., where we took a shower after the sweaty afternoon. There was plenty of water in the taps, something we had missed for two weeks. Then Therese and Julienne made dinner, spaghetti and meat sause. 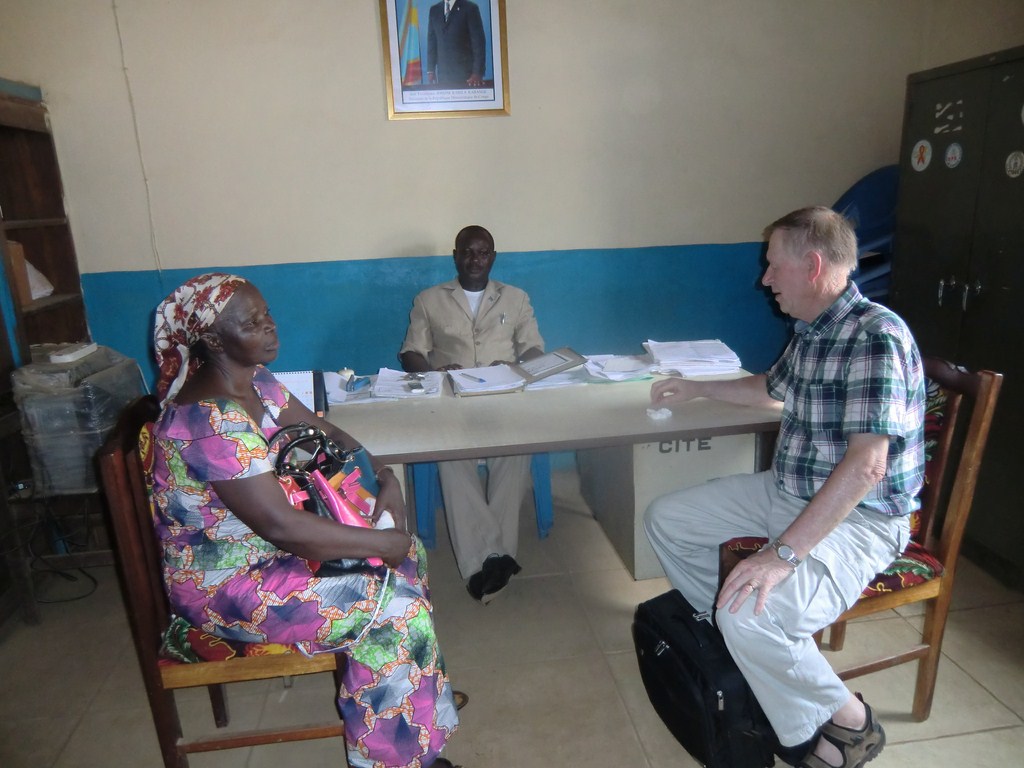 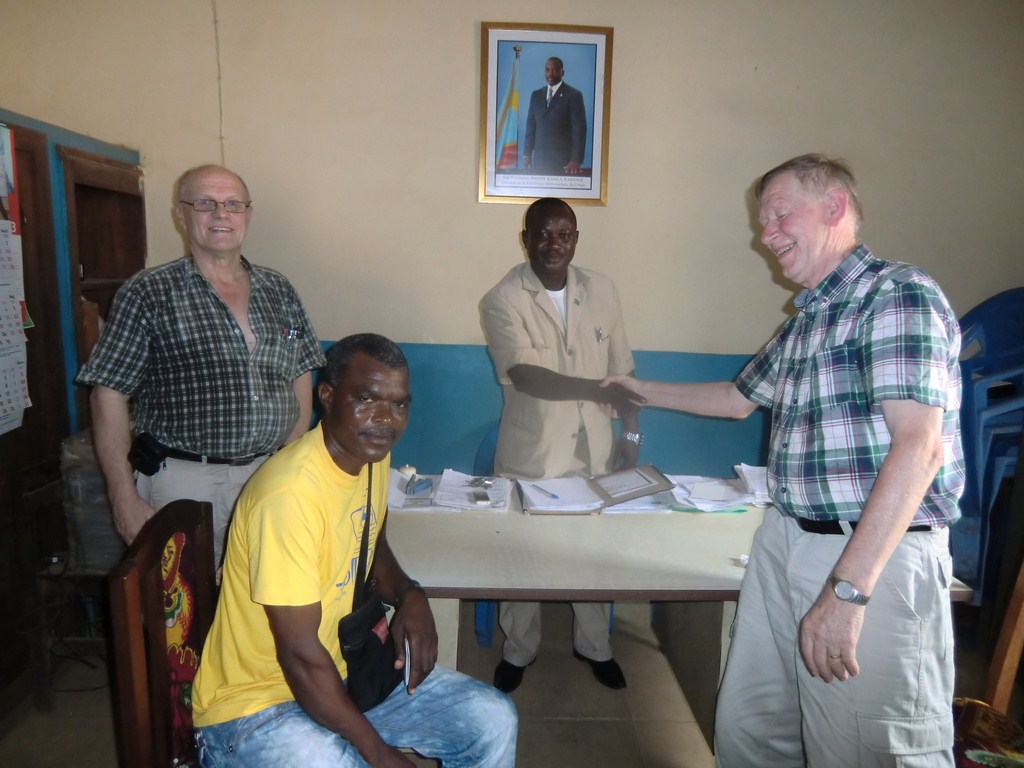 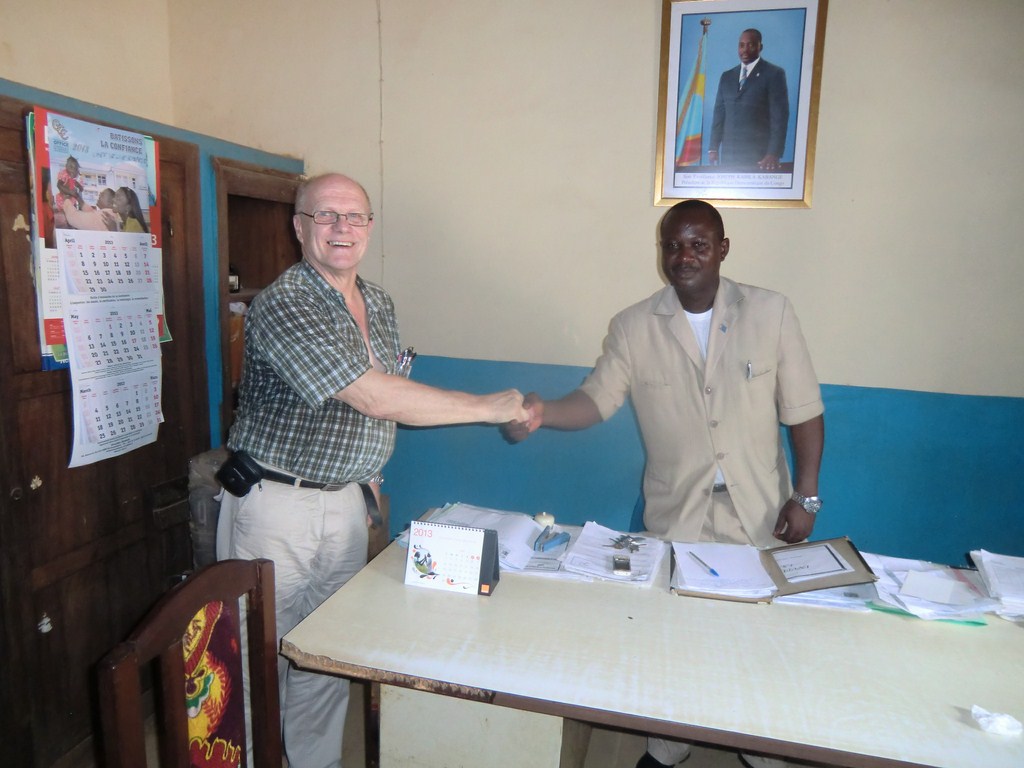