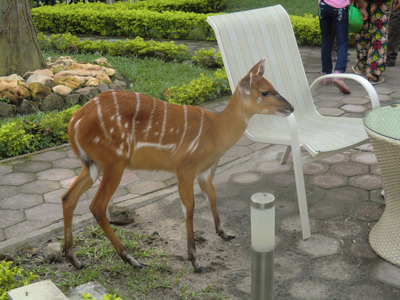 A hotel guest on four legs

We had planned to visit Myriam’s church today, but we were unable to pursue our plans. This was the second Sunday in a row that we would have to miss Sunday worship. Last Sunday in Boko, the congregation were visiting a neighbouring village in the morning. Hence, no church. Today we had a press conference at 11 a.m. which partly coincided with Sunday worship in Myriam’s church.

The press conference took place at the newspaper La Semaine Africaine. First, we gathered in José’s office in the same building, then we went to an adjacent room for the conference. There were some 50 journalists and photographers who had received our press release. Annicet, José and Joseph gave speeches and answered several political questions from the journalists. Bernt and I told them about MSG using our Power Point. Luckily, our friends could answer many of the questions on our presentation. By now, they are well briefed and familiar with our approach.

We went back to the hotel for dinner and rest. We were welcomed by a four-legged hotel guest. It was completely tame and sauntered around among the other two-legged guests. I don’t know what this kind of cervid is called. At 5 p.m. we had a scheduled meeting with our friends to make ​​some decisions about division of tasks and responsibility. It is now 6.30 p.m. and so far no one has showed up. We have all had a tough week. Most likely, this is the reason to the absence.

At 6 p.m., José was on the TV news telling the viewers of MSG’s work in Kikongo and at 8 p.m. Annicet and Joseph were on TV, doing the same thing in French. Our work has received a lot of attention. We hope it will pave the way for collaborations with various institutions and policymakers in the Congolese society. Our work will only develop if we can acquire good partnerships with local institutions and especially local banks. On this trip we have been boosted by our political friends and during the half year to come we expect to see some results from this. “The wind of changes has begun to blow over Congo” the Congolese say themselves and we believe that they are right. 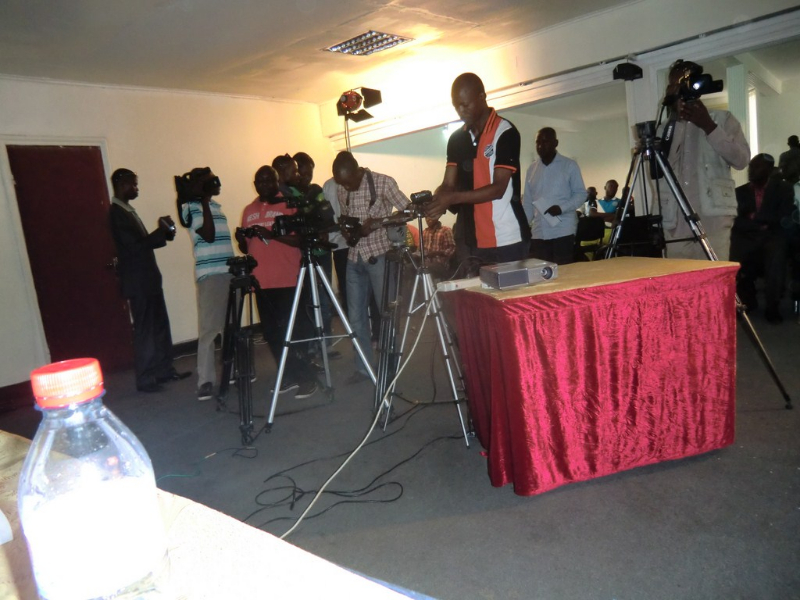 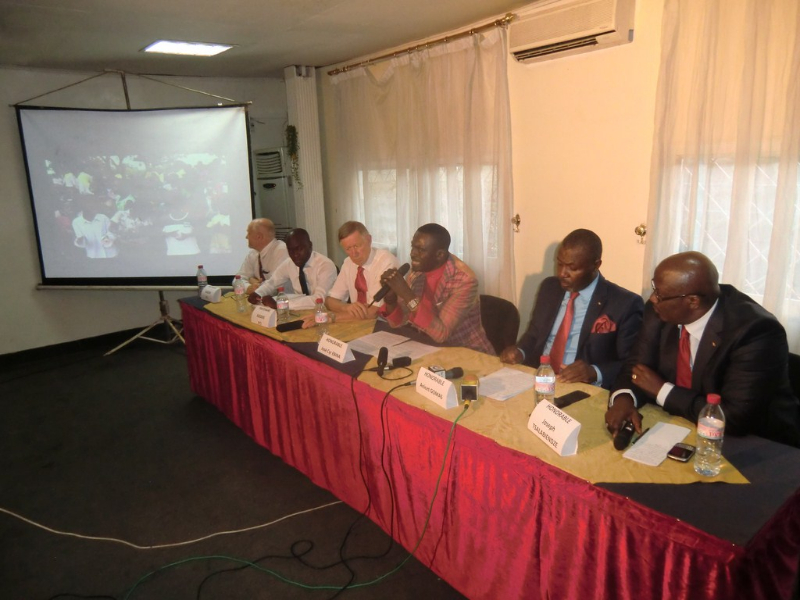 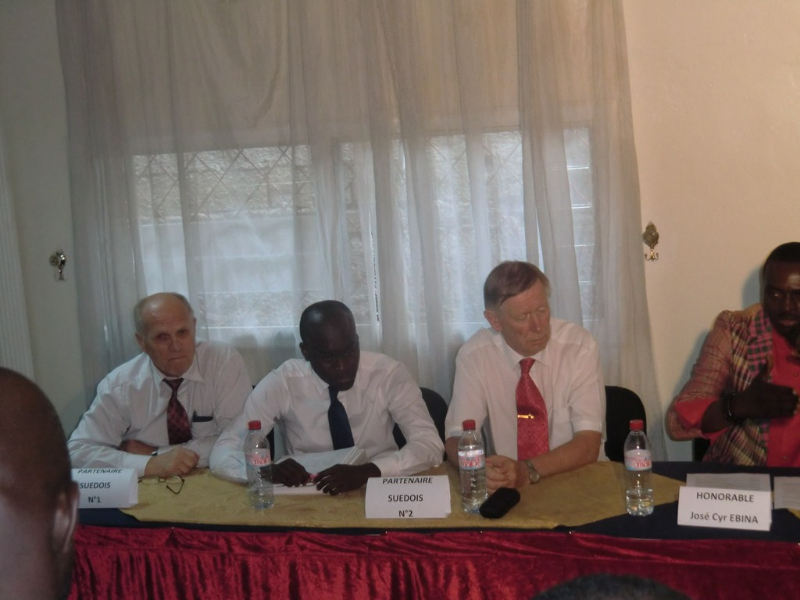 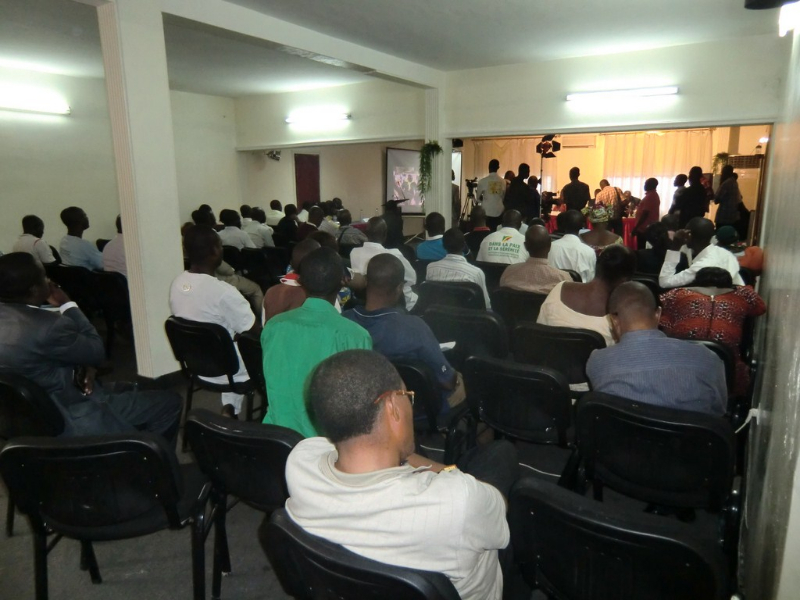 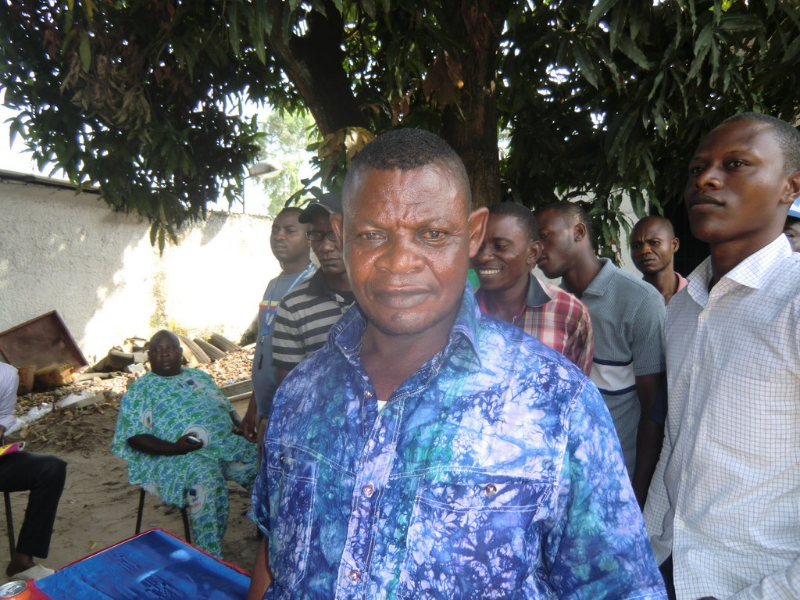 2 thoughts on “Press conference and TV”