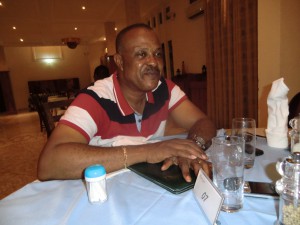 Our first meeting today was spontaneous. Lunama Wafingusu Brevard who came and knocked on our door. He had seen us on TV, he said, and now he wanted to know more about waste disposal and recycling. He is a chemist who works at one of the universities here in Matadi. We sat in the paillotte and had a one-hour briefing on biogas, recycling and the contacts we have with the authorities here in town, before he had to go start his working day at the university.

Two of our entrepreneurs, Matondo and Zola, came to see us a little later. At first, Matondo tried to run a taxi and transportation business. Profitability was low and he closed down the taxi business, but kept the truck. His next venture was a school, a kindergarten and a primary school. There are now 200 children in the school, and he employs seven teachers and a principal. It has three semesters per year, and the student must pay $30 per semester. Later on, he will start a secondary school too. He seemed happy and contented and claimed that the operation went well.

Zola first started a grocery store where he also sold frozen food. But she had problems with constant power outages and she closed down the store. Now, she is about to start selling Chinese porcelain. She is not going to have a physical store, but will walk around to people’s homes and offer her goods. We hope that it will work better for her. She is certainly not dependent on the arbitrary power supply in this new scenario.

Neither one of them is helpless, which is a good sign of entrepreneurship. When one project does not work you find something different to do. It seems like they are doing alright. Since last time, both of them have got behind in their repayments, and we put up a new plan together, where further infringements will result in penalisation. We agreed on the terms and signed the deed. Then, both of them gave us an oral report on their activities. They complained about tax collectors who charge hefty fees. The fees often seem arbitrary. These men are a scourge for the entrepreneurs. We hope that the President’s ambitions on curbing corruption will have an impact. His speech has been broadcasted repeatedly, all week. We had some new material that we have developed based on the experience we have acquired over the three years we have worked with entrepreneurs in the Congo. At the end of the meeting, Julienne agreed with Matondo that he will help with the transportation from Nsanda to the market.

Today we had coffee at 11 a.m. in the paillotten. Even if it is Nescafé, it tasted very good. Oumba Hantoinete, maid, went and bought biscuits for us. We also had Mankondo, deep-fried bananas. They produce a lot of mankondo in this house. They pack them in small plastic bags and deliver them to different stores. The brand is “Mama Augustine Yapeco”. Oumba washed our clothes today. The service is really excellent.

At 1.30 p.m. we met principal Musungu and three teachers from the secondary school of the Baobab Church. We have had dozens of teachers in training on entrepreneurship on a couple of occasions in the past. Now, we wanted to check with them if they had managed to get anything started. They said they are short in funding. But they have included our material in the curriculum of the business students. They have a plan to start manufacturing crayons with their students. They will work out a plan and give us a cost estimate. Then MSG will have to take some time to think about the plan. We also went through our new material with them.

Just before seven o’clock, we went to Luthelo Myller. He invited us to a nice restaurant in Matadi. They served European food. Very tasty. Luthelo is chairman of the GSCL in Matadi and is very likable. He is one of 500 members of parliament in Kinshasa and belongs to the Presidential party. He has been in Parliament since 2011. It is good and necessary to have contacts in a country like Congo. He promised to contact people who can be of great importance for our work. 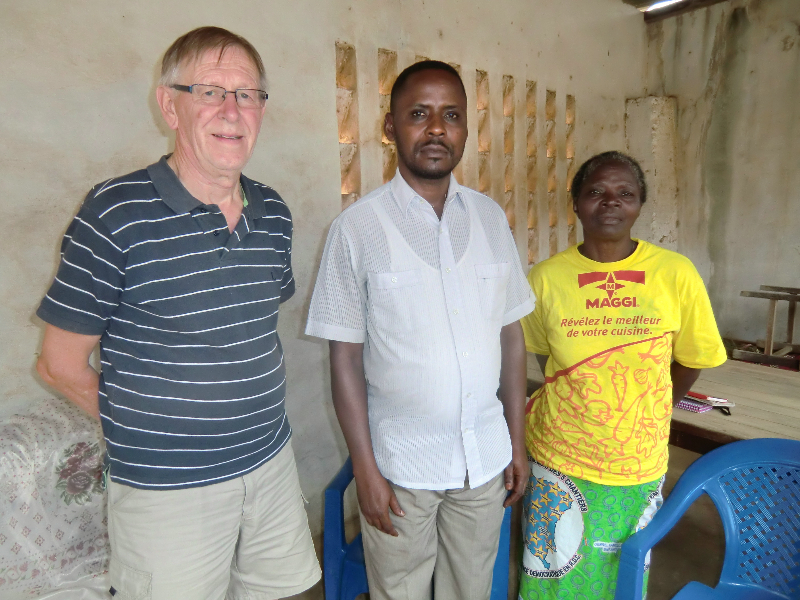 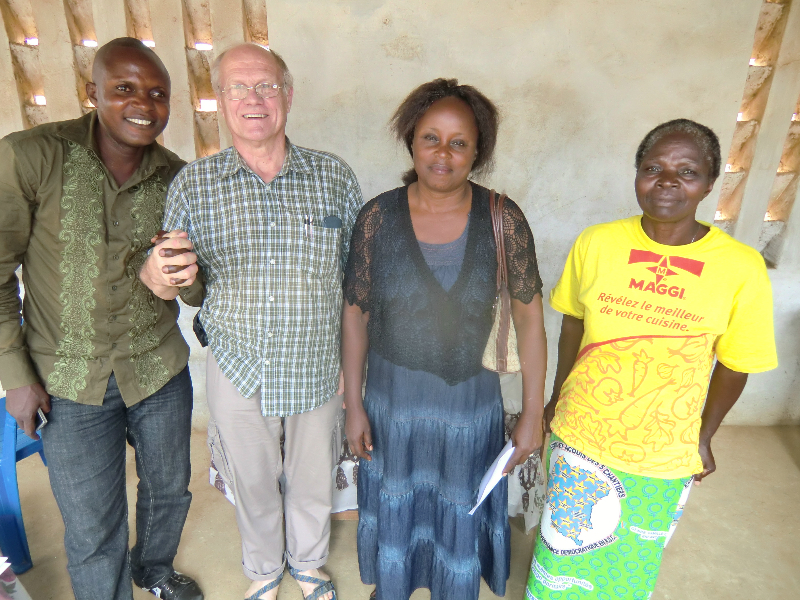 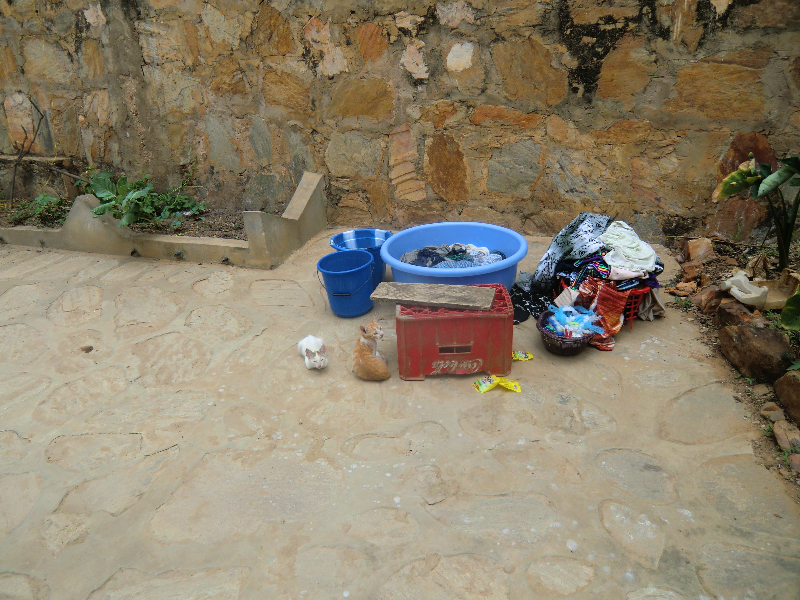 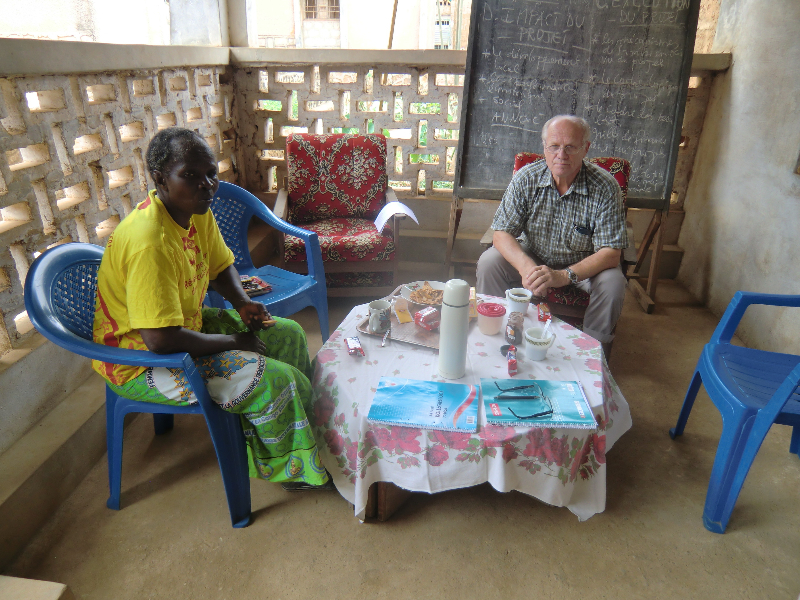 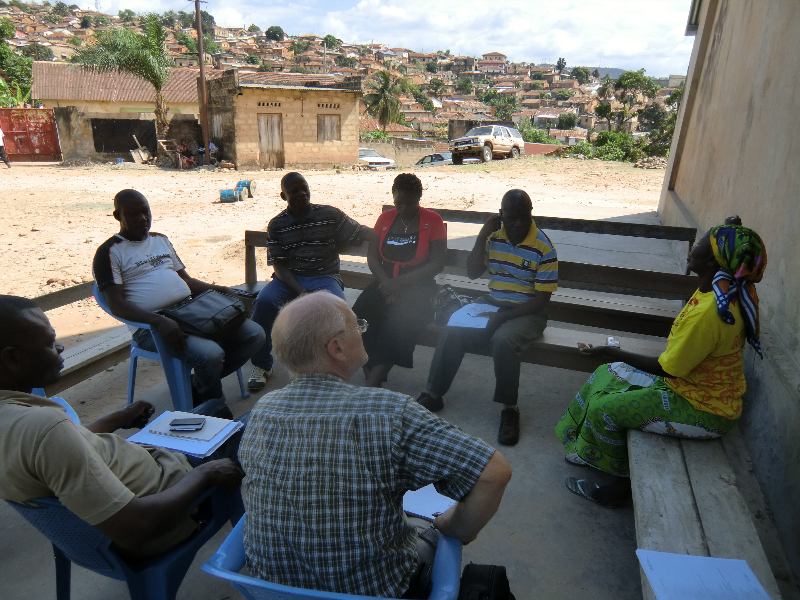 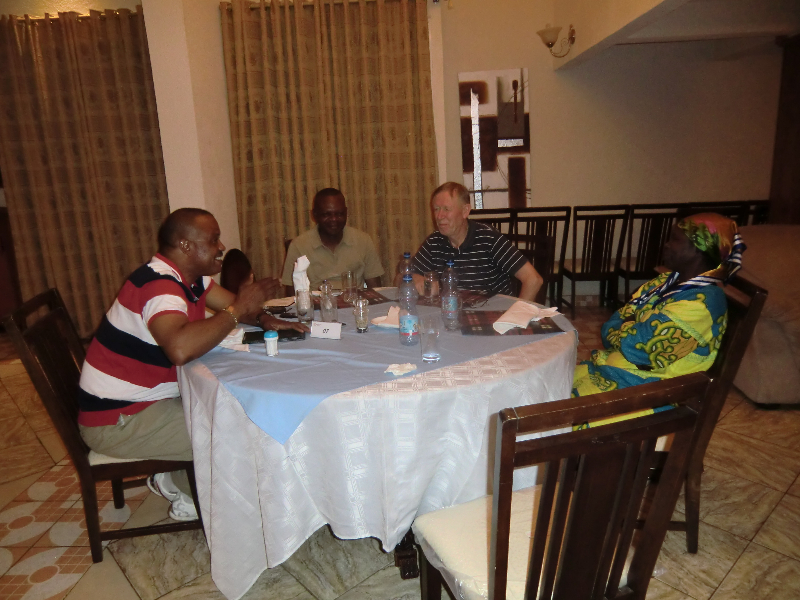