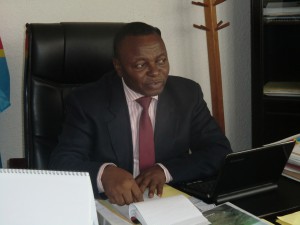 After a sweaty day and warm night, it’s nice to cool off with a shower. A shower was the first of the day’s activities. And the only way to get water above the head in this house is to use a bucket. As you get used to it, it works really well. I went on to publish yesterday’s blog because the power was gone when we got home yesterday afternoon. Luckily, it came back during the night. When the blog had been put together last night, the battery ran out and then it was time to go to bed.

In the morning, we visited the Minister for Environment, Nature Conservation and Tourism here in Bas-Congo, Florian Masaki Nzembele. Yesterday, the mayor had prepared the minister. After the initial welcome we told him about Matadi Support Group. Basically, we talked about the same issues we had discussed with the mayor. Small-scale biogas plants, waste disposal and waste recycling and ecological housing. They listened with great interest to our presentation. One of the minister’s employees claimed that there had been previous waste disposal projects in Matadi. However, they failed. Another employee asked how much money we could invest ourselves. To that question, we have a simple answer. We are not investors or banks. Resources must be raised locally. Maybe it is possible to apply for grants from countries that already has development programs in Kongo.

We agreed on two things. The Minister will send a letter to us and express their needs and interests. Bernt will talk to the College of Borås about an education in waste disposal. We inquired if he would be willing to invest in one ecological house and keep it as a demonstration. We got the impression that it might be possible. The house is completely self-sufficient with energy through a household biogas plant and solar cells.

Julienne presented the agricultural project in Nsanda. The minister promised to send a delegation to visit the activities in Nsanda next week. It is good that we get a visit from the minister’s office. Let’s hope that the visit can produce some concrete actions too. We didn’t get to visit the governor. He was in Kinshasa in the congress along with parliamentarians, diplomats and other dignitaries. The president, Joseph Kabila made ​​a speech to congress and the nation. It was broadcasted on TV.

Local TV was present during our meeting with the minister, and afterwards Julienne gave a longer interview about our work. The recording was broadcasted every hour in the evening until midnight.

The one of Bernt’s bags that was left in Paris arrived yesterday. Now he has both toothbrush and other equipment to care for his appearance. In the bag was also a power steering pump to Yapecos car and he has been all afternoon at the garage to assemble it. Our afternoon consisted of preparations for the coming week in Brazzaville. And we have seen ourselves on TV a few times. 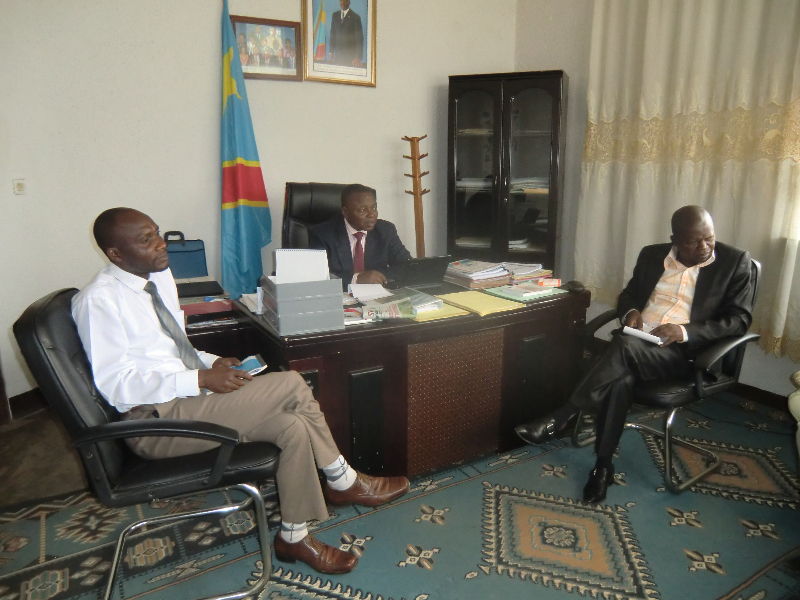 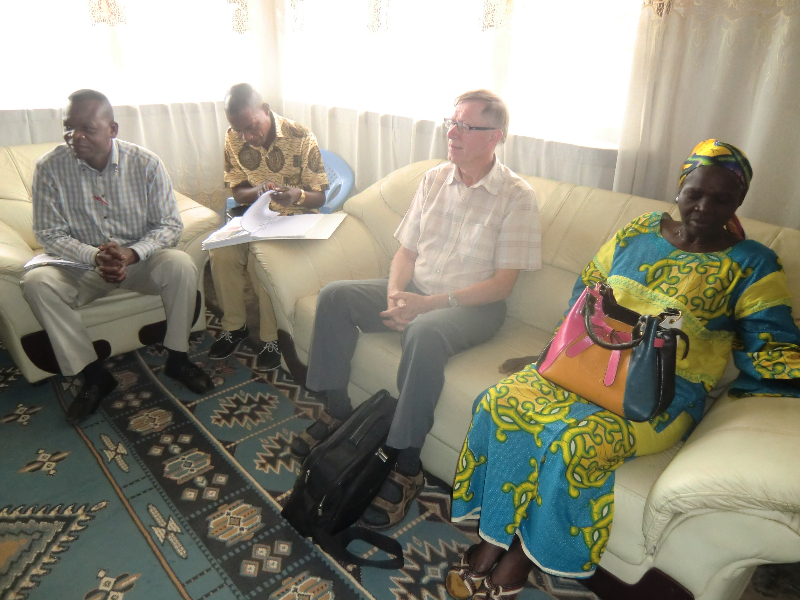 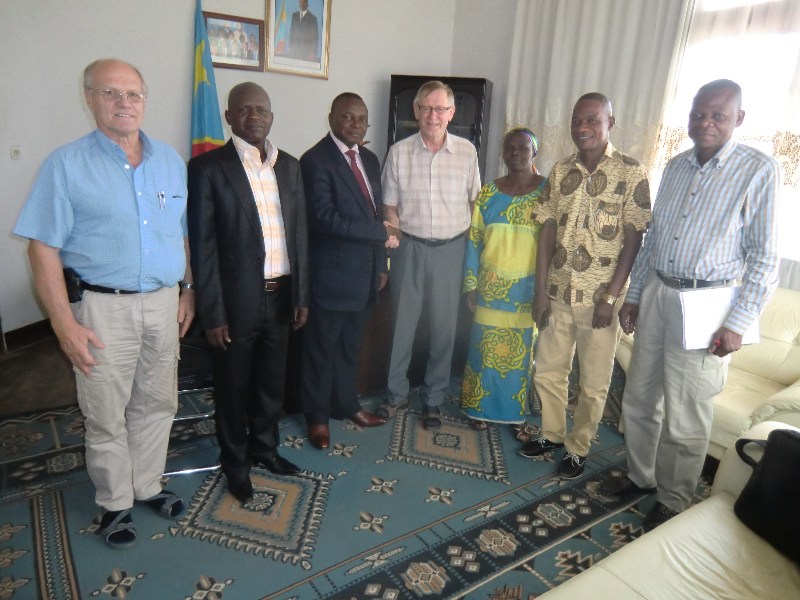 3 thoughts on “Shower with a bucket”