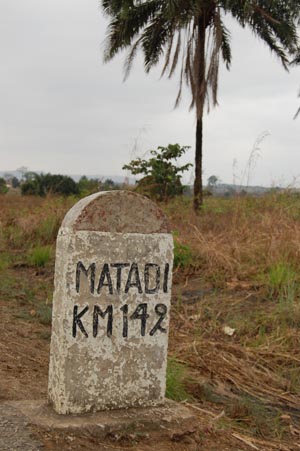 We landed in Brussels at 7.33 in the morning and at 9.15 the plane for Gothenburg took off. Between the arrival hall and departure hall we walked about 1 km, partly on moving walkways. It was nice to stretch the legs after sitting down for such a long time. During the walk we passed a passport control and another security check. They were considerably stricter here than in Kinshasa. In Kinshasa only Lars-Ola was of any greater interest to the inspectors. He was carrying too much money. I helped Lars-Ola explain that we were travelling as a group and that Lars-Ola was out treasurer who had all our money. In the end they said they were our friends. ‘Great’, we replied. To part as friends is a wonderful thing. Lars-Ola and I didn’t understand immediately what they meant by their declaration of friendship, so they helped us act Congolese by suggesting a ‘tip’ of $20. Ok, now the penny dropped. If you are friends or family in the Congo it means that you share, or you are a bad person. As ‘knallar’ always do we bargained down the price and went our separate ways after an exchange of $10, but with the friendship intact. In Brussels Bernt was the focus of attention. He was carrying alcohol. Bernt explained that it was only for external use and that he’d be happy to give it as a gift to the inspector. He declined, took it and threw it out and Bernt was free to continue his journey.

In the Congo we had heard that there was snow in Sweden so we made sure to put on all the clothes we had in our hand luggage. We finally landed in Gothenburg at 10.45 and it felt great to walk on Swedish soil again. We were very grateful both to God and the people we had met that everything had turned out so well in the Congo and that we had got home safe and sound. None of us had had to spend any time in hospital or been kept from doing what we wanted to do in any other way. This is why I haven’t mentioned Renée earlier. Renée is a nurse and she was responsible for our health. She was also in charge of our mobile pharmacy. Maybe she handed out medicines at some point, but it was never for anything serious. Our daughter Hanna and Lars-Ola’s wife Lena came to pick us up at the airport. We continued our journey in two fully packed cars to Sjömarken, Borås and Hökerum.

The first intermediate goal is now reached in this marathon to try to get entrepreneurs going. The next step is to evaluate the ten entrepreneurs that participated in the training. Peter who due to work didn’t have time to finish his statement before we left sent it today via e-mail. All ten have handed in statements and calculated their budgets. First we need the help of a translator and then we can start evaluating each participant. The total investment need of the entrepreneurs is over SEK 200.000. We have a big challenge ahead of us to raise these funds as gifts or loans to us. But we believe that the will to help is there. Through our website we are continuously going to show the contributors how the Congolese entrepreneurs are doing. We want to make it easy for the contributors to see the results. Our catchwords are: Openness – Transparence – Results.

Today Samuel Nkailu called from The Youth House. When he called eight people were gathered, including minister Axel Biongo. He is responsible for the Matadi district of the CEC and minister in the Kiamvu church, which is Samuel’s church The entire Christian support group were getting together to plan their activities. They sent their regards to all of you who want to help support the people of Matadi.

In Töve nothing had changed since we left. Sture, our dear neighbor, had watered our plants, picked up the mail and looked after the house. Only a few uninvited guests had lived it up. When the cat is away the mice will play. During our absence the weather had changed to winter and the mice are no different from people in that they try to get indoors to where the heat is. They had left little tracks both here and there. They are the human being’s follower all around the world and from what I have understood and seen they look the same both in the Congo and in Sweden. Otherwise the animals are very different. The difference is that in the Congo you don’t just hunt them, but you also fry and smoke them, and serve them for lunch. As you might remember from Seke Lolo it’s just Bernt and Jenny who know what they taste like. I chased them with three mousetraps and matured cheddar. Two lost their lives. The hunt continues.

2 thoughts on “The first intermediate goal is reached”