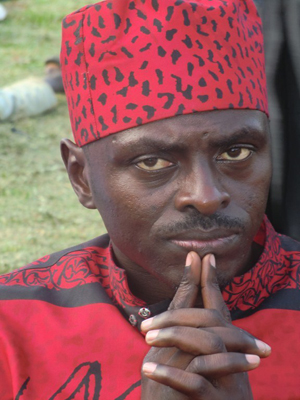 The member of the Parliament José Cyr Ebina

The morning began with scoop shower. The scooping gave me a modern hairstyle. The hairstyle is called here and there, up and down. It is good in the sense that one does not need a comb. Our belongings didn’t arrive until 8 a.m. Then, they had passably repaired the damage that occurred during the boarding of the ferry last night. Today I took a lovely morning walk, actually the first one in Congo, an activity that Kerstin and I practice every day at home. Mossendjo is a quiet and pleasant place, it is more town than village. I met two bakers who were on their way to their customers. The bread, baguettes, had been piled on two wheelbarrows in a decorative way. And I met some talkative Congolese who were eager to say something more after the initial “bonjour”. Our mutual vocabulary was very limited, but I tried to stretch my arsenal of French and Kikongo.

The morning meeting was held at 11 a.m. in the mayor’s administration building. A very grand newly built establishment. There were 150 participants, consisting of leading figures, village managers and church leaders. This is Joseph’s constituency and the area is home to about 50,000 people. Joseph directed the meeting. We gave our usual Power Point presentation and our friends held engaging speeches on several occations. After the speeches, it was time for questions, criticism and requests. It was all very lively and straightforward. The issue of physicians was raised. There is no physician in the hospital. Joseph explained the efforts he had made, and they were extensive. When it comes to the hospital, he has among other things bought a generator for his own money for the building. The meeting was ended at two o’clock and then we had breakfast. The food lasted longer than the meeting.

Here, there are the many elderly people who knew the Bromans. There are childhood playmates to Finn such as Mourko Jean Jacques, Moulady Aline and Ndinga Rubin. Yvonne Mavidho worked at the Broman house, and the village chief Ngovbili Edwin knew the family very well. Among the oldest, the Swedes are well known, especially among the people from Madouma. In the afternoon session, I asked how many people had known the Bromans and about 50 persons raised their hands. Afterwards, about twenty came up to me and asked questions about them. While I have been writing this blog I have been interrupted several times by people who wants to talk about the Bromans. MP Joseph has told us about the level of activity (high) there was on the time of the missionaries. There were more churches, schools and better medical care. Joseph himself have been treated by Swedish missionaries. Unfortunately, the places around here have become depopulated. Joseph wants to turn this trend.

The afternoon meeting at 4.30 p.m. was probably the biggest gathering of our Brazzaville week. There were about 500 people and the meeting was located outdoors. The clouds made the temperature comfortable even for us mundele. The set-up was much the same as in the morning. Bernt and I presented MSG in a speech. Our friends stressed that the Congolese must change their way of thinking in order for development to be possible. There are no free lunches, you can’t sit and wait for something to happen. Everyone must take responsibility and work hard. These three MPs are skilled speakers, they are dedicated, they use humour and gravity in a wonderful mix which make their message come alive. The crowd responded with cheers and applauses. Our already high esteem for them has increased during the day. The MSG preaches the same thing they do: the diligent, laborious way. There has been two television crews filming all the time during the meetings. They are the Brazzaville national television channel, RTC and Lingala facile Direct TV, DTV from Kinshasa. They interviewed us today. In our work with MSG, we have formulated the meaning of development in the following manner:

Development is when people locally through work and sacrifice generates resources and build a sustainable society that can meet people’s different needs. Any kind of aid must aim at development.

The plan was to start the 550 km journey back to Brazzaville at 7.30 p.m., after dinner. But the broken car was not ready by then, and we stayed another night in Mossendjo. 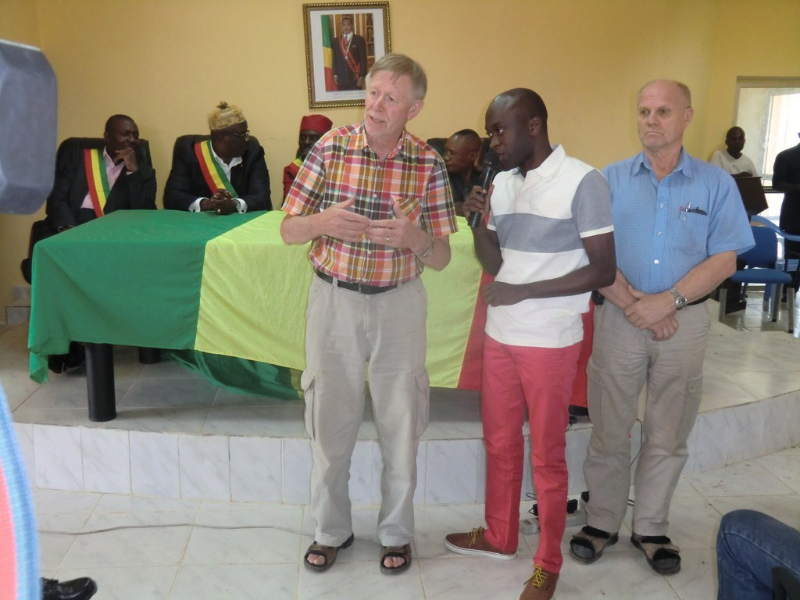 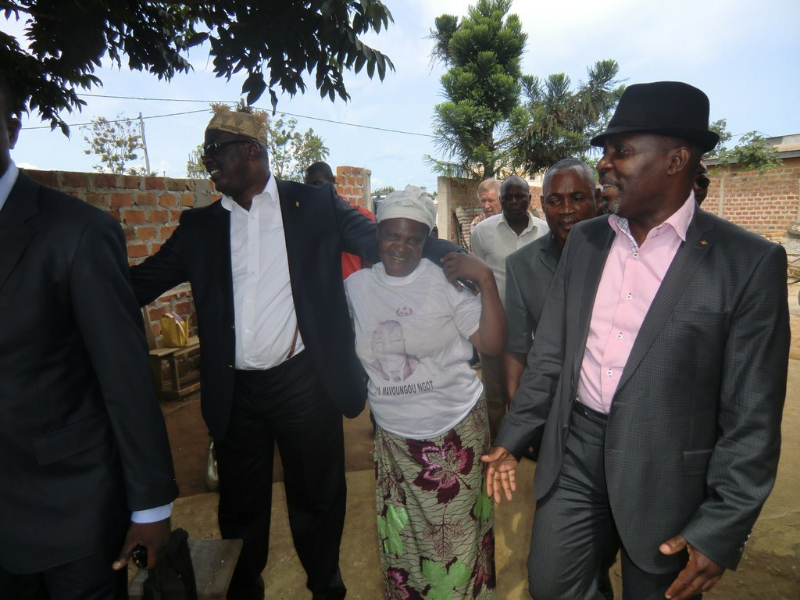 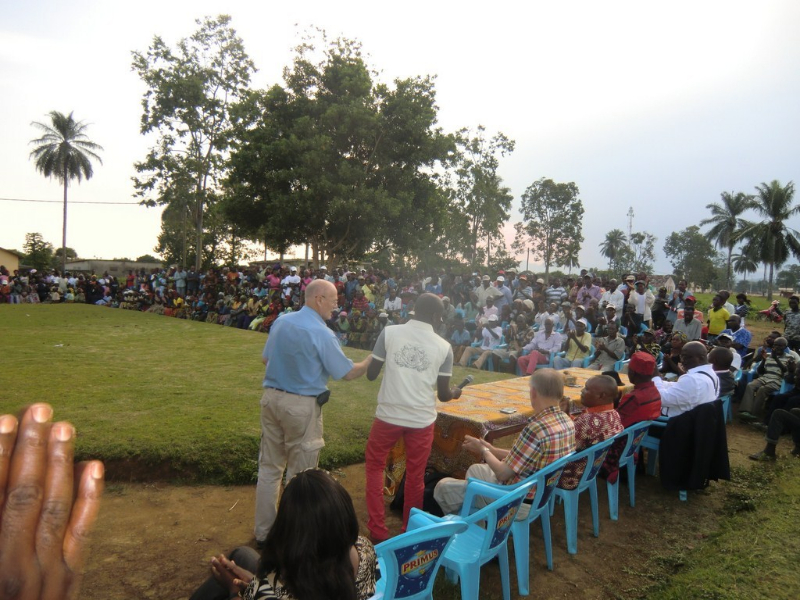 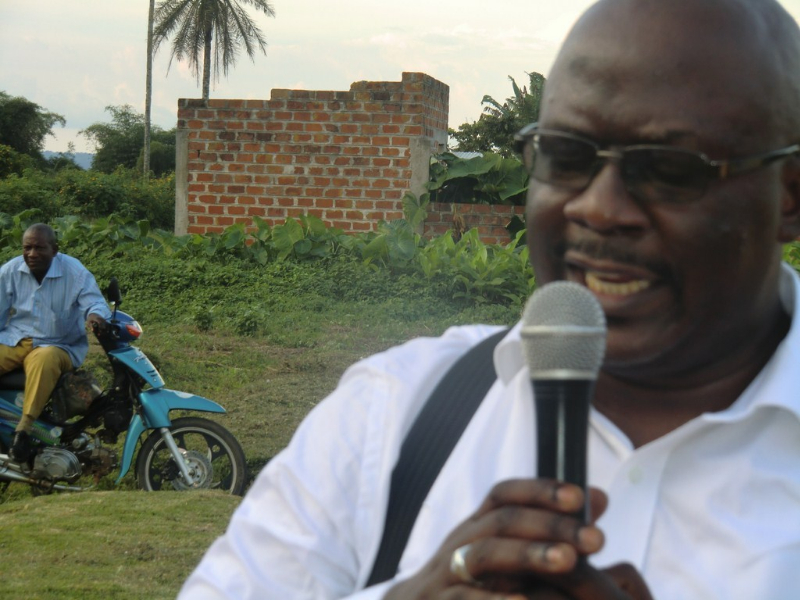 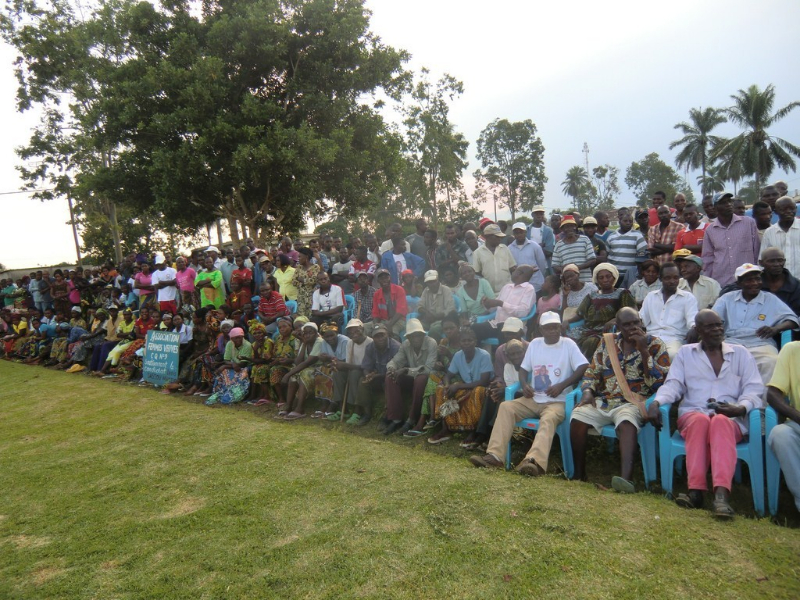 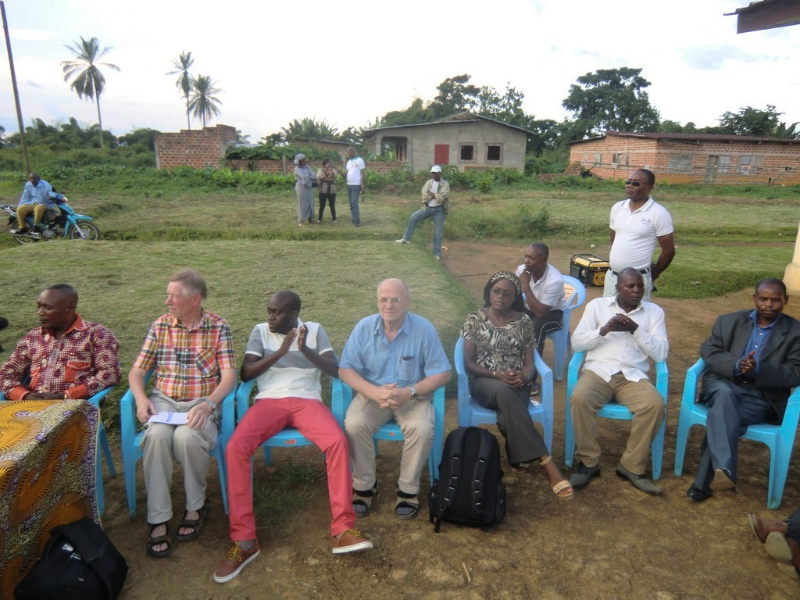 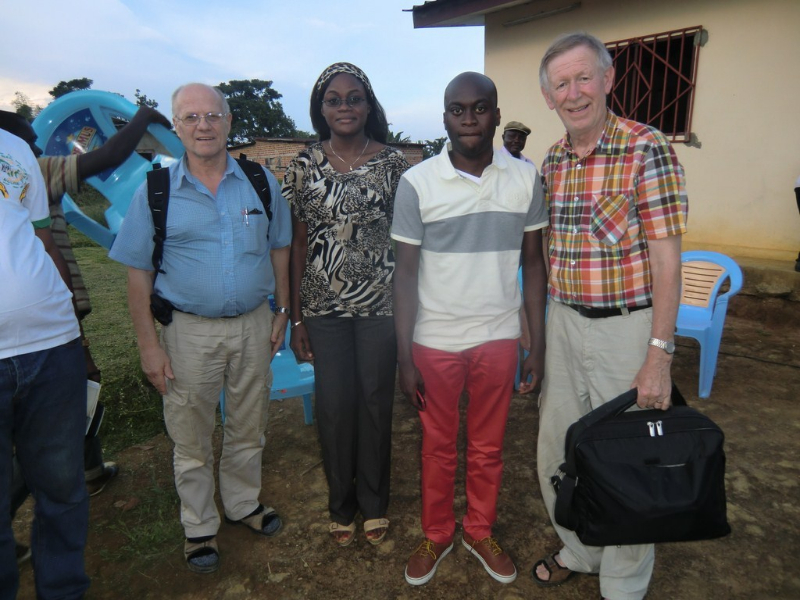 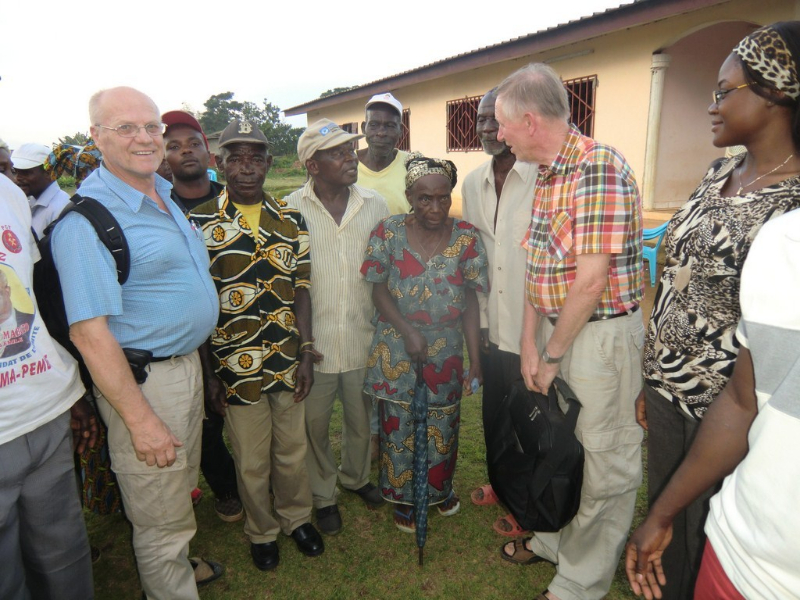 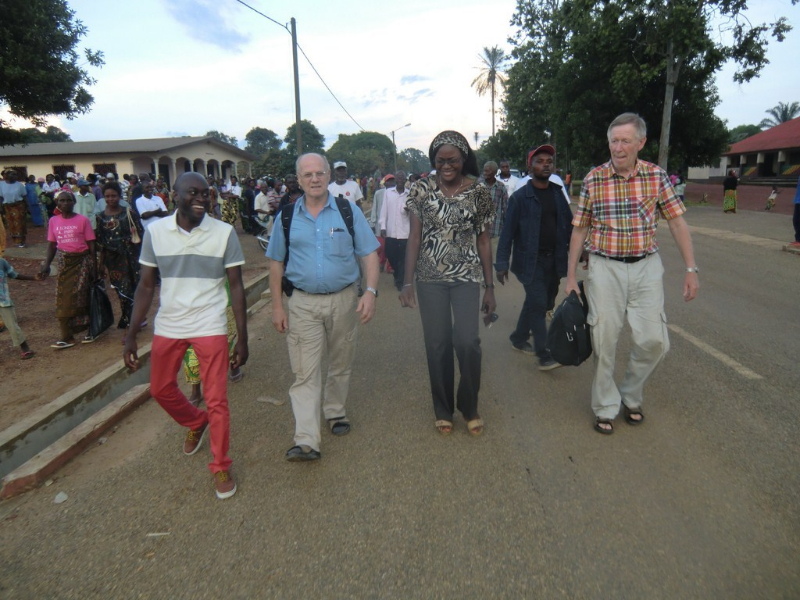 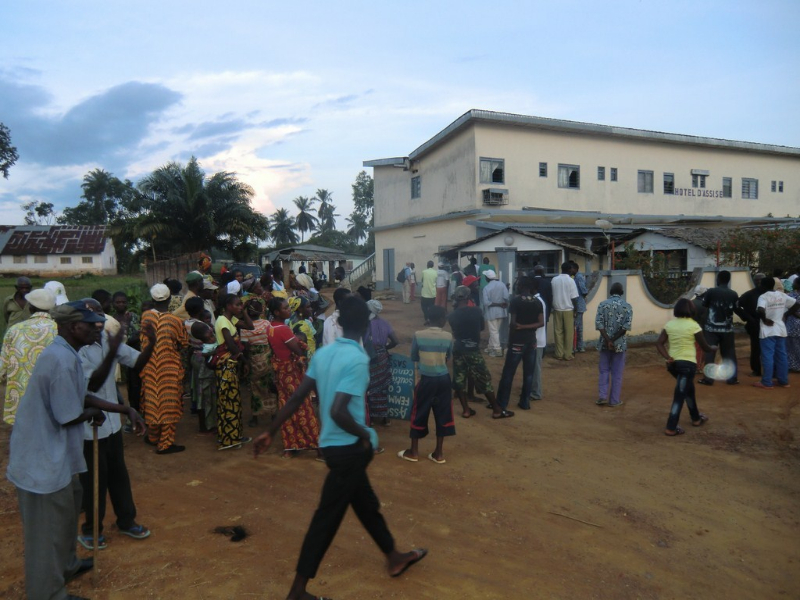