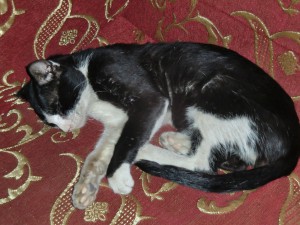 The four legs hotel guest has parked in a armchair

The day began with thunder and a steady, though not heavy rain. When I came out of my hotel room at 5 o’clock in the morning it was about 25 degrees outdoor. Now, all plants must be growing like mad. No wonder that an acacia seed becomes a tree, suitable for sawlogs, in just 15 years. There are huge opportunities for profitable forestry. Today, forestry is just a small part of the Congolese economy.

Congo’s way of conducting forestry might not be surprising. Instead of using forestry to the benefit of the whole country, the government allow foreign companies to harvest and export the forest products. Yesterday Paul, one of our participants complained loudly about these conditions. Local people get no possibilities to make use of “their” forest. The foreign companies are interested in the kambara, limba and carbon, trees that can become around 1 m in diameter and commands a high price.

When I looked out after the morning’s desk work, the street outside the hotel had all the characteristics of a canal. There were little islands here and there, and the pedestrians jumped between them in an attempt to remain dry. On the hotel entrance floor there were small streams, but there will probably not be any property damages because the floor consists of tiles and concrete, and there are drainages in several places. You only have to push the water to the one nearest. The neighbour of the hotel was in the process of building a provisional wall to stop the water from entering his house. Across the street, a store owner scooped water with a plastic bucket over his provisional wall formed like a semicircle outside the entrance.

At 8 a.m. there were three students in the classroom. Three hours later all but one had arrived. On a day like this, there are valid excuses for late arrival or absense. It is not easy to go anywhere when a lot of things are floating around in the streets, and low-lying places are flooded. You have to face the whims of nature with some patience.

Today we worked productions cost estimates and in class, the participants got the assignment to calculate the cost of a farm with 5 acres of cassava, corn and peanuts. The assignment was more difficult for our friends than we had thought it would be. They tended to confuse costs and revenues. It was also difficult for them to understand the units of measurement that were use. For example, the concept of measuring the work effort in “man-days”, i.e. “one person, 8h work” was not entirely clear. Besides the confusion of concepts, we had some minor difficulties to maintain order in the class. We would prefer that one person speaks at a time, but the group sometimes resembles a Polish parliament. But as soon as we ask sincerely for their attention, they listen. 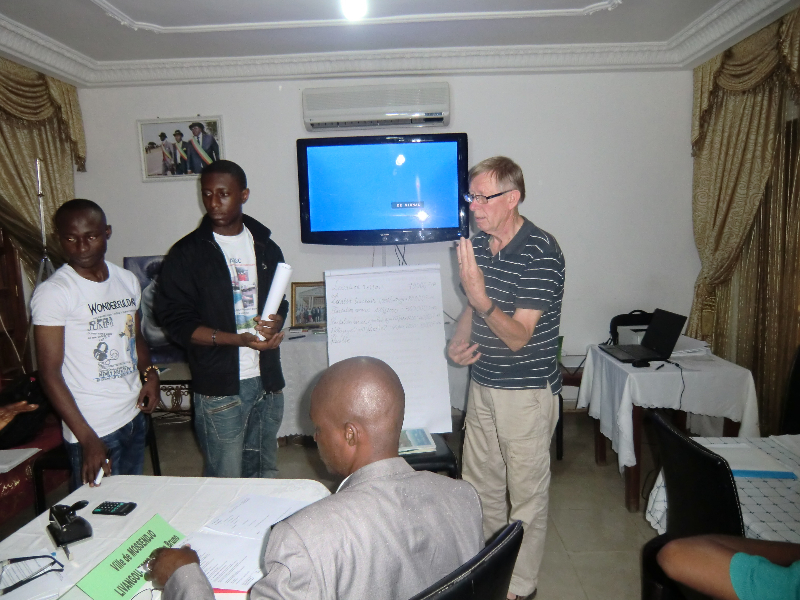 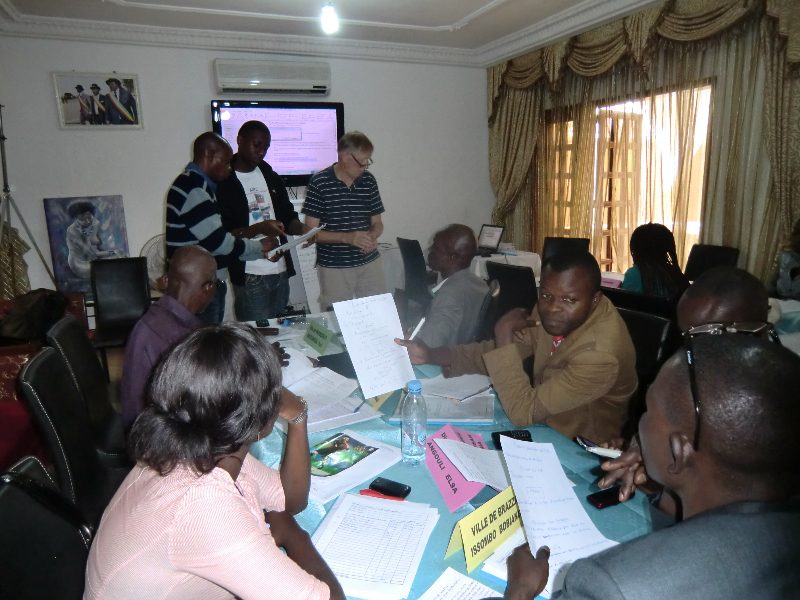 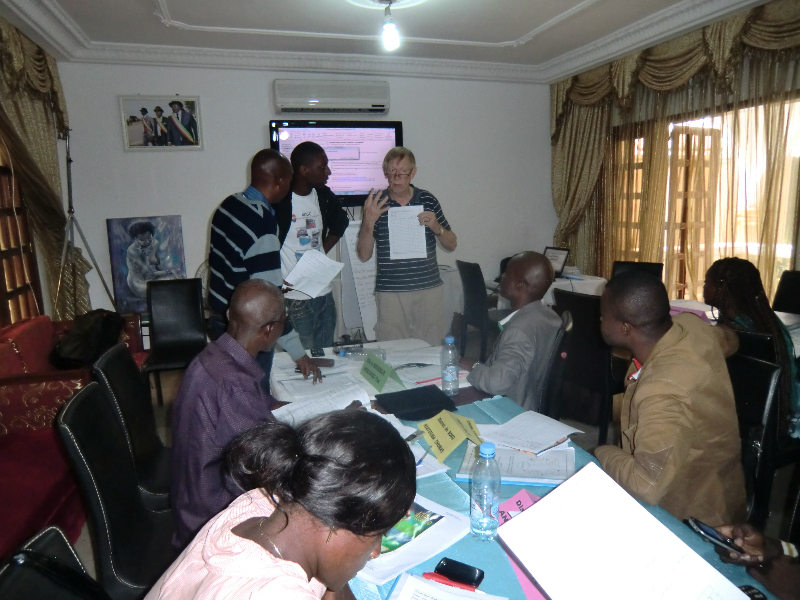 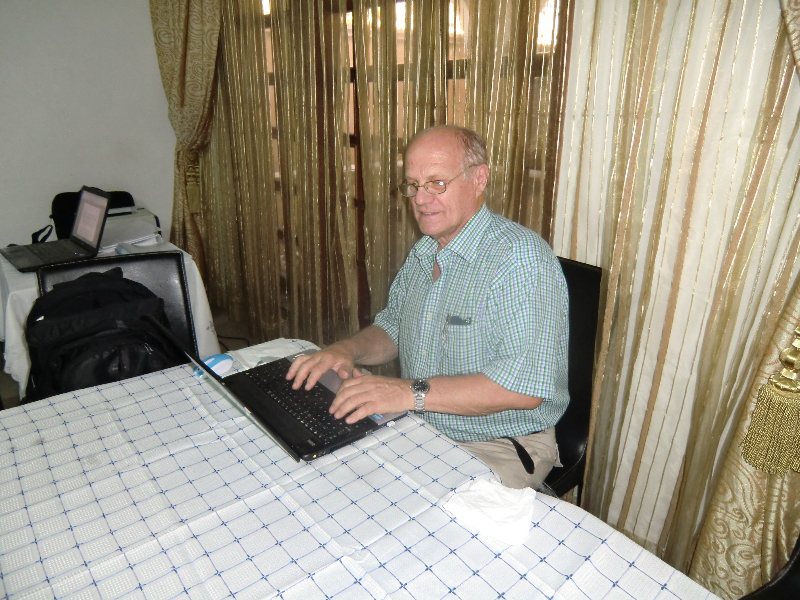