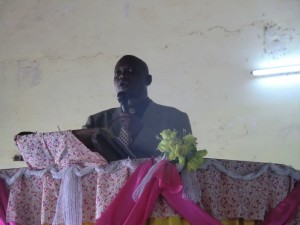 Today, we broke the tradition to go to the service in the Baobab Church. Instead, we went instead to the Mvuzi church. We had planned tos see their pastor, Madiadia, but he had gone to another church today. The French service dragged on and we got an opportunity to talk to some of the parishioners outside the church, including the leader of today’s service in kikongo. He seemed to be a calm and cautious person. But when he later entered the podium to speak, he was anything but calm. He was a veritable tornado in a positive sense and he got the whole congregation engaged in a dialogue, of which the Congolese are masters.

The Congolese generally use the whole body to express themselves. In the lectern, it is mostly the arms that underline the message, but the voice resources are also fully used and loadspeakers help the churches to be heard far and wide. Here you do not put your light under a bushel – no one can fail to hear what is being preached. In all church services in Congo guests get a special welcome. Here too, we were welcomed up on the podium. Yapeco told the congregation a little about MSG and I supplemented with a few words in kikongo – “mbote” and “tutondele”. These little words are important and you get immediate response. They mean “How do you do?” and “thank you” and they are door openers.

The band consisted of two guitar players, a drummer, a bass guitar player and an impressive amplifier. The noise level was certainly not healthy for anybody’s hearing organs. We hope that the musicians eventually realize this and reduce the sound level a few decibels. I think the whole congregation would be grateful and the music and the singing would come into its own. The music and the songs designed to honor God should be pleasant for everybody. Today, the thought came into my head that they perhaps think that God is old and deaf. In this case, I think they are wrong.

Today’s preacher came from N’djili in Kinshasa. He held a lively and vibrant sermon about freedom in Christ. It was traditionally Congolese with much dialogue and feedback from the congregation. A number of church goers stood up and made small additions to the sermon.

A Congolese worship service is something special. It gives an experience that lifts your spirit. There is a lot of movement and much prayer. It is rich in content and there are no dead spots even though it usually is very long and may last 3-4 hours. Today I noted that it was only young people who took care of the various functions of church service. All of them had blue banners with the text “Protocol”. Before we left the church we were served a chilled soft drink and biscuits and then we had to write our names and personal data in two different guest books. 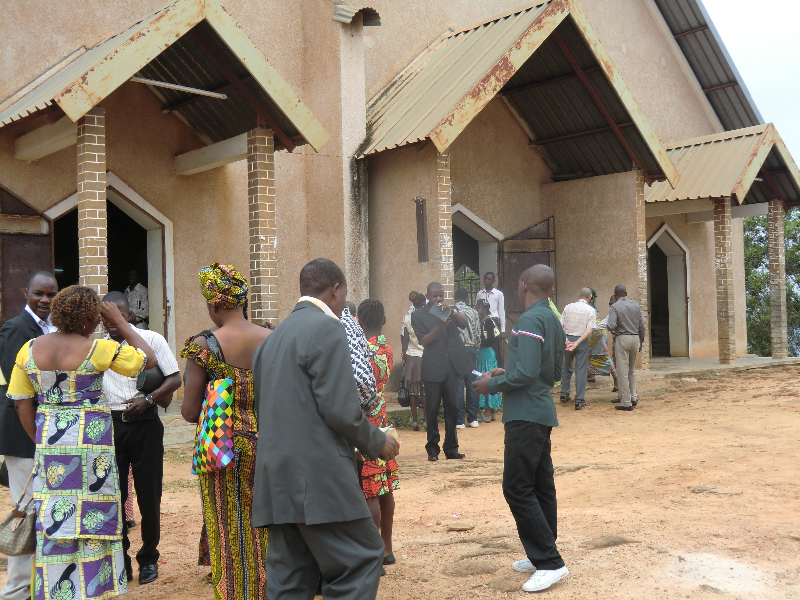 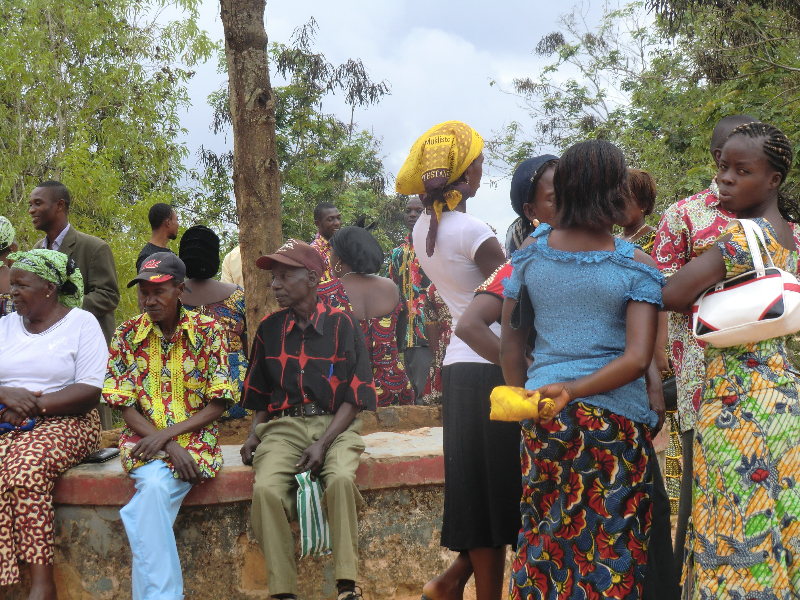 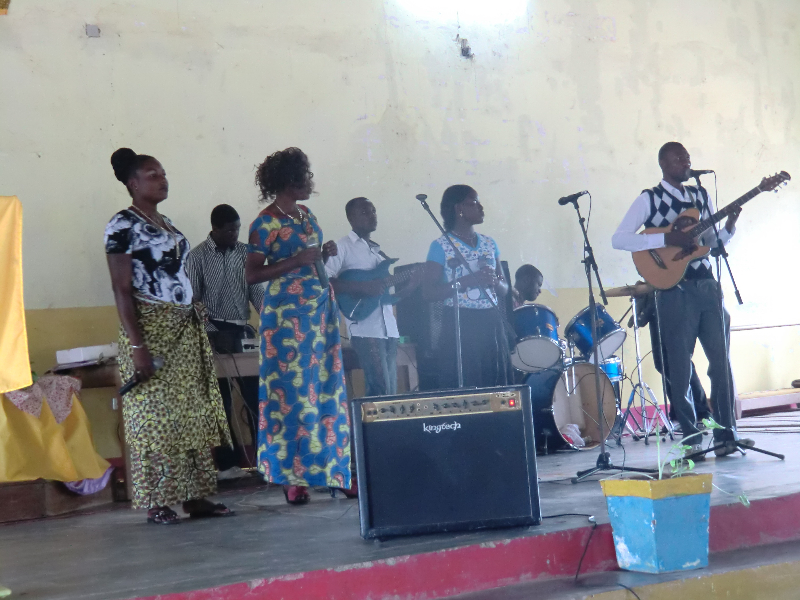 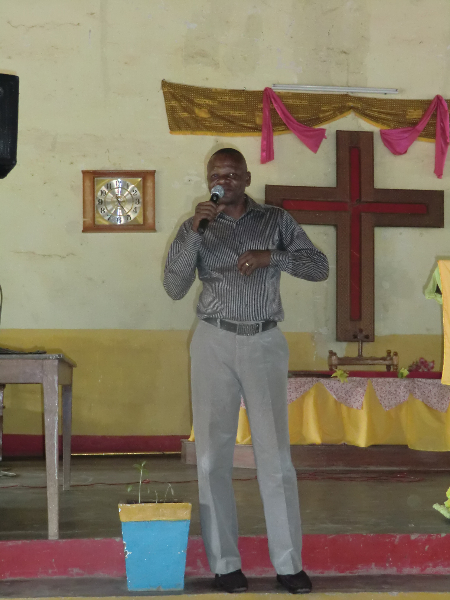 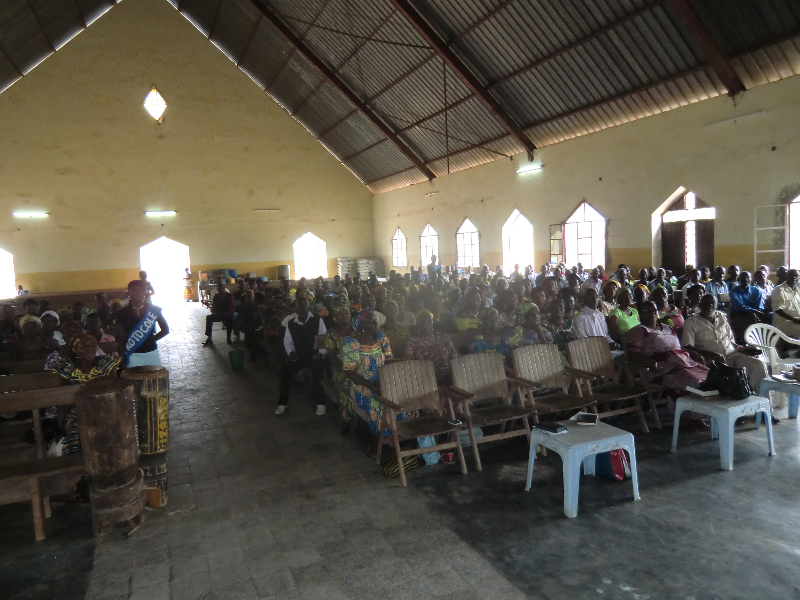 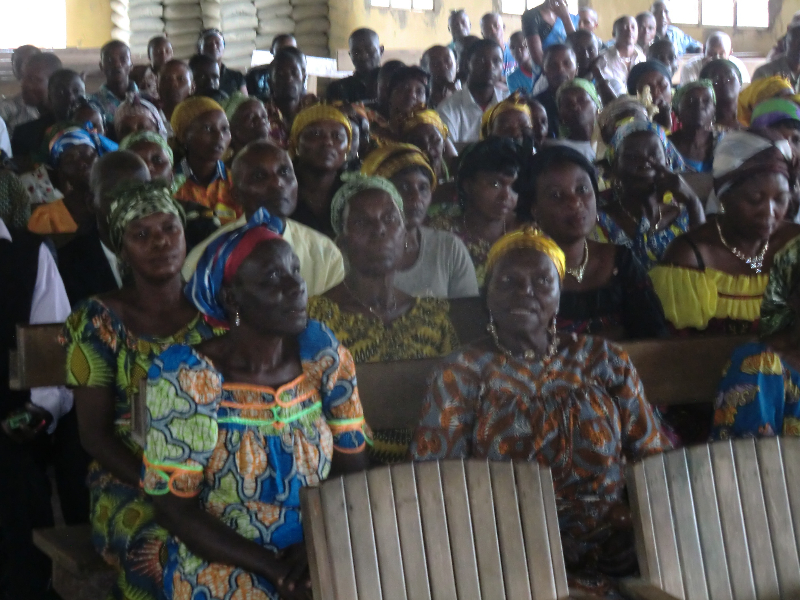 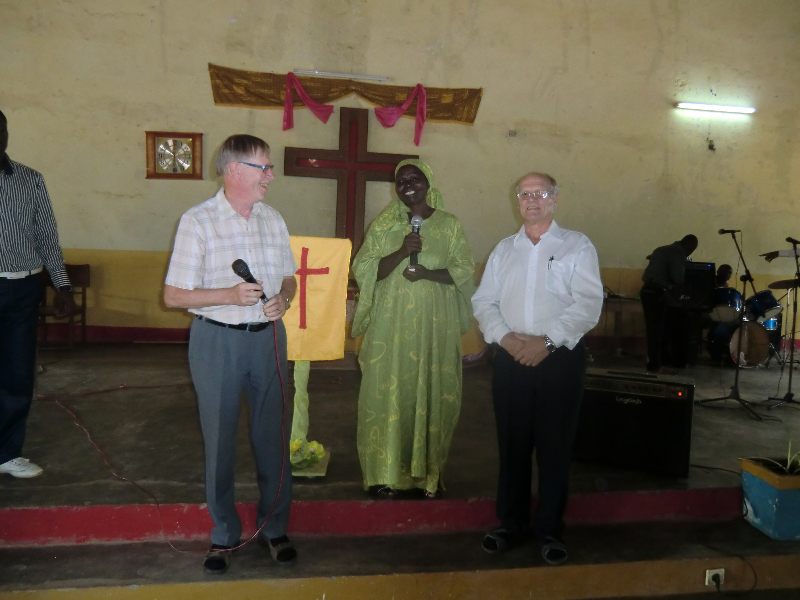