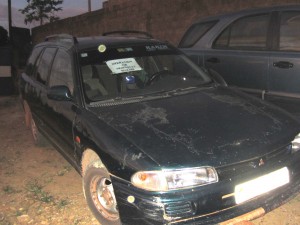 The taxi car – a Mitsubishi Lancet

In Matadi, the taxi companies enable people to get transportation in and around town. They constitute almost the only available form of transportation here. There are also motorcycle taxis, or those who drive their own car, but that’s it. Since Yapecos car is broken, we have gone by taxi quite a lot, and we have seen how the system works. The city is divided into zones. When people travel within the zone, the price is 400 FC per person, which is slightly less than half a U.S. dollar. When a zone boundary is passed the price doubles. The taxi driver always try to have full car, picking people up and dropping them off according to his customers’ needs.

At least 90% of the taxi fleet is Mitsubishi Lancers. You can easily understand that it’s a tough business to be a taxi driver. The exteriors of the cars are quite battered. Sometimes a car looks so bad that it must be considered a miracle that it moves at all. But the drivers make the cars work anyhow and thanks to these brave men, the people can move around in the city. They are amazing at keeping the car running while fending off their fellow road users in the streets. Sometimes traffic is so crowded that you couldn’t fit anything but a sheet of paper between the cars. And inevitably, cars bump into eachother at times, giving them a wrinkly look.

Disagreements in the traffic, however, are more common than crashes. In the normal disagreement, the antagonists use their vocal abilities to the fullest and they enhance their opinion with the help of body language. Yesterday we had to leave our taxi in advance because a clueless driver had clogged the street and did not want to move. Luckily, we were quite close to our destination, but we got to witness the agitated exchange of words before we were on our way by foot. The solution to the traffic situation came with the arrival of a police officer who made sure that the driver who was blocking the street moved his vehicle.

Taxi drivers are also fantastic at steering their cars in respect to avoiding large holes in the road surface. The smoothest part of the road is always the first choice, which means that it is the road surface rather than the traffic regulations that determines which side to drive on. The city is built on a number of high hills and many streets are therefore very steep. Because of this, the taxis are absolutely essential.

Today we have stayed at home in Yapeco and Augustine’s house. We have gone through part two of the FBS material and made business plans, forecasts and some other planning. 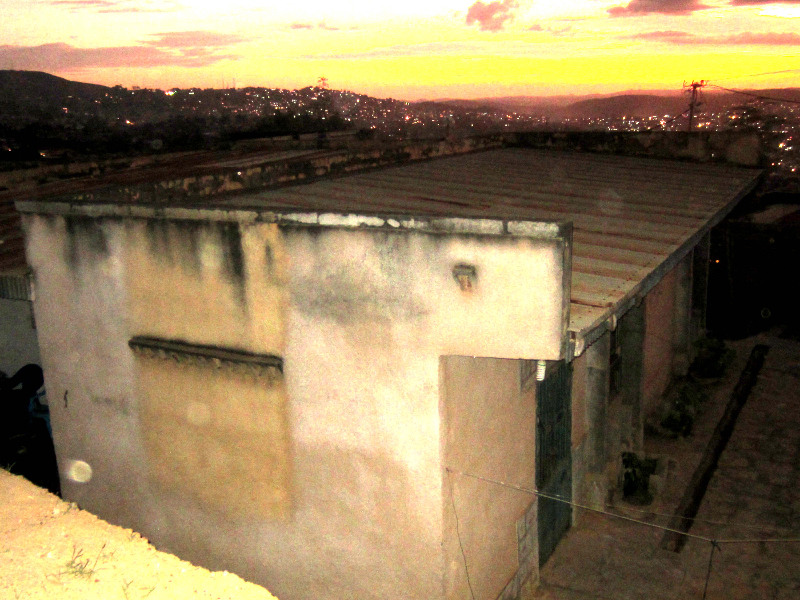 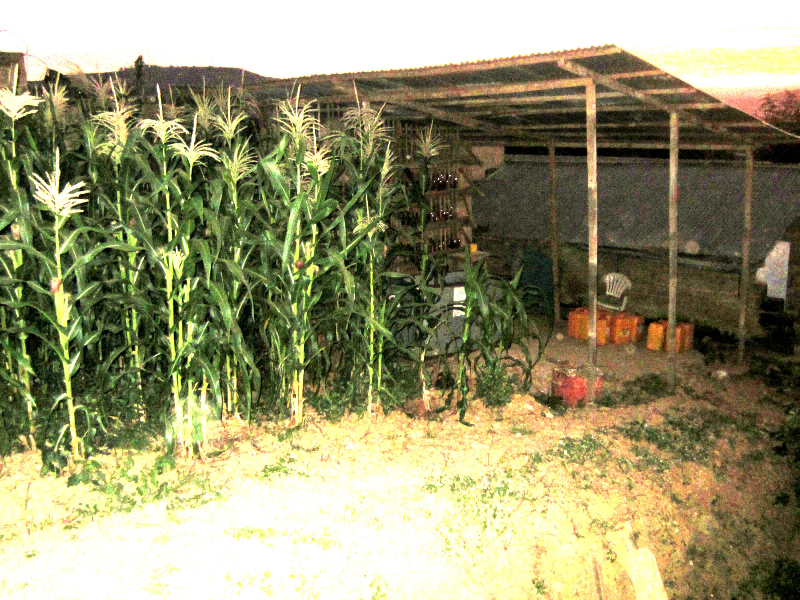 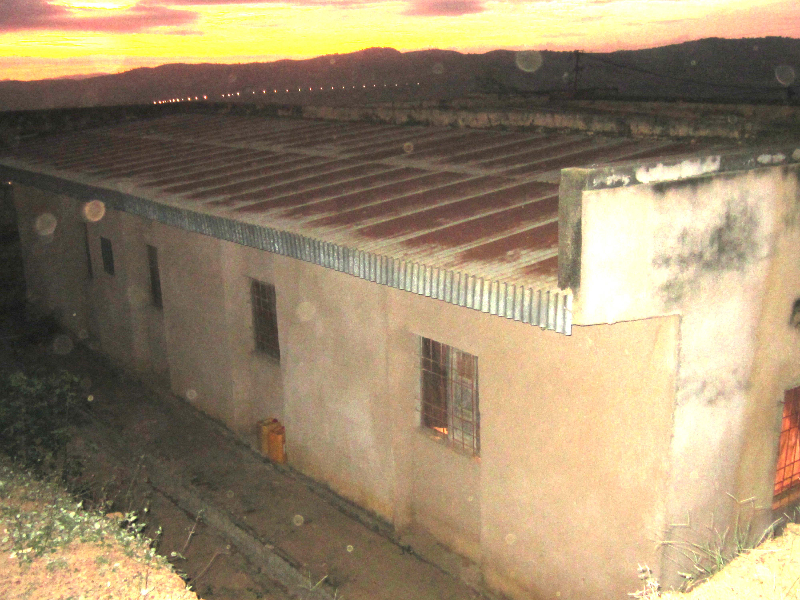 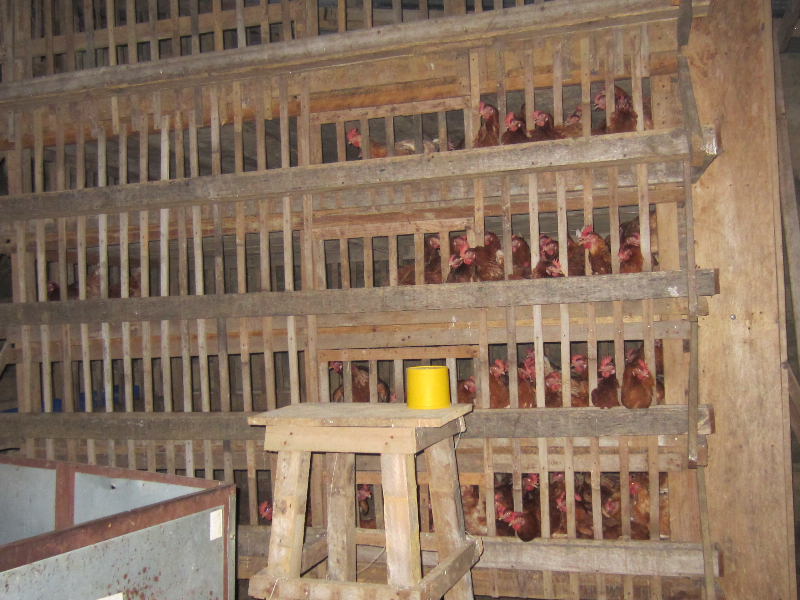 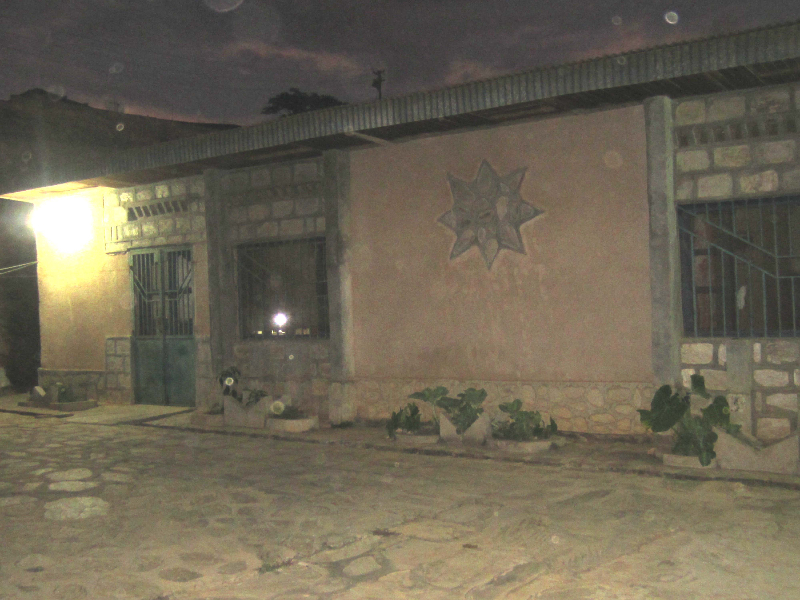 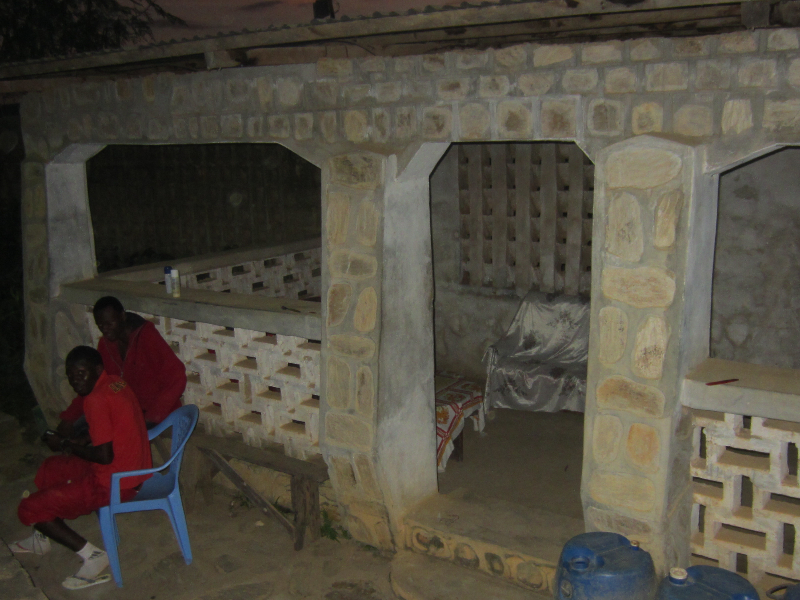