After the usually early morning toilet, we had breakfast porridge made of muesli from the farm of Eco-Jerker of Flakeberg, Sweden. The porridge also goes by the name Sibbarp´s porridge. We made a milky mixture of powdered milk and water – actually quite good – to go with the porridge. Thus, we had laid the foundation for a healthy day. After breakfast, we had two meetings with two prospective MSG volunteers. We have ideas about volunteers working with the education of future entrepreneurs. We will get back to this when we are closer to realization. By 10 a.m. the meetings were completed. By then, the craving for coffee was imminent and we took care of it right away with a cup of coffee and some snacks.

Today, we were moving on. At 11 a.m., we left for Kimpese, a trip of 240 kilometers. Half way there, we visited a true entrepreneur; a robust woman and a restaurant owner, to get something cool to drink. The chilled Fanta and Coca-cola tasted delicious together with the bananas and the biscuits we had brought. While we had our soft drinks and snacks, the owner of the establishment fried fish in oil for her customers on her little stove. The stove looks like a perforated barrel with the frying pan on top. Today, the heat has been palpable, it is somewhere over 30 degrees C.

After another 20 kilometers, we stopped in Inkisi to visit Damas and his wife Aline. Both of them are entrepreneurs in the MSG program. They gave us a report of their businesses, respectively, and they lined up a number of difficulties they had experienced. Damas had had problems due the weather and the transfer to another location, and Aline´s problems were connected to the transfer as well. She had initially been set on opening a sewing shop, but now she is working with trading instead. We went through the methods of accounting, and how the reports to MSG are supposed to look. A new agreement was written together with Damas. This meeting took place in the shadow of a mango tree. In the end, we were invited inside their house and offered Coca-Cola, peanuts and bananas.

In Kimpese we were exuberantly greeted by Nganga and his wife Nsiki. They are a wonderful retired couple with two daughters and three sons. The oldest daughter lives with her family in New York, and the oldest son lived in Paris. The youngest daughter had come to her parents house to meet us. Congo is really a country of contrasts. Nganga and his wife has a lovely house with air conditioning, and the five of us were immediately offered three different kinds of juices to quench our thirst. A little later, the dinner was served and we had fried chicken, rice, potatoes, manioc, tomatoes and other – to me unknown but very tasty – vegetables. For dessert we had bananas. 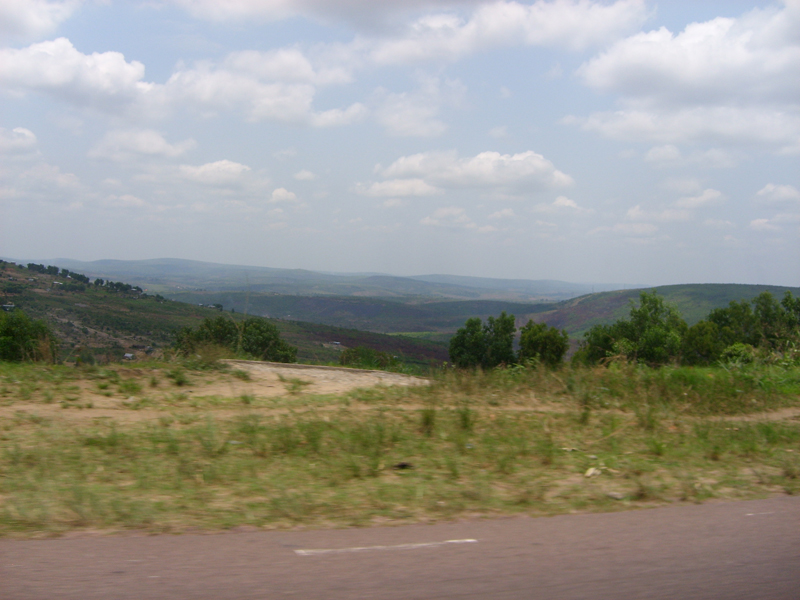 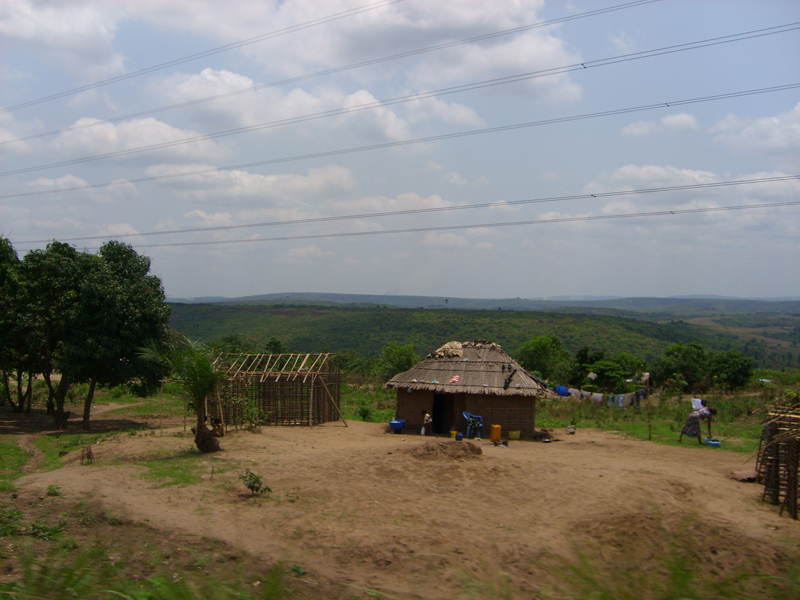 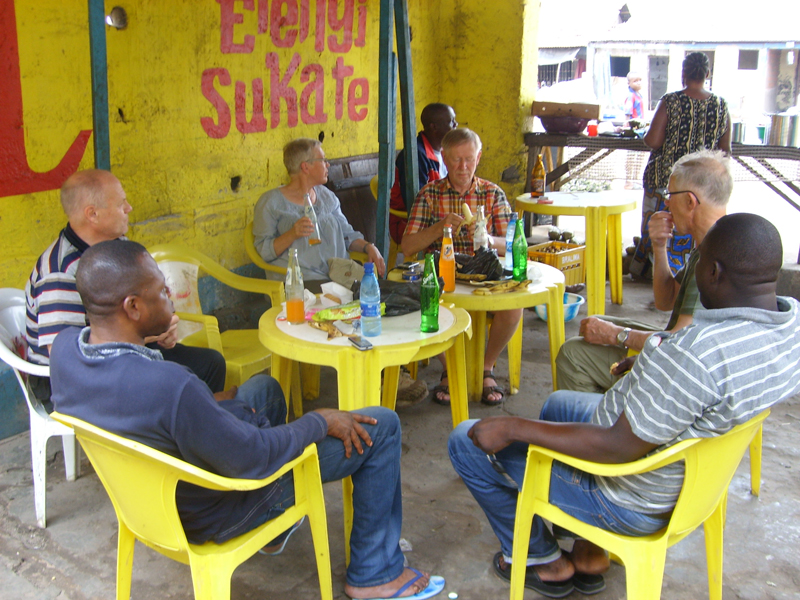 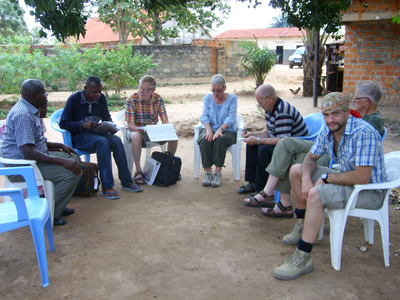 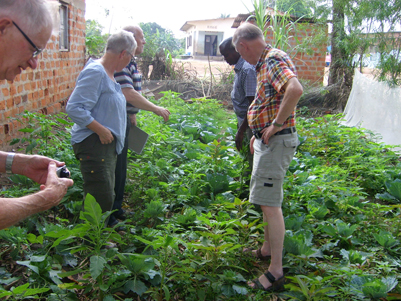