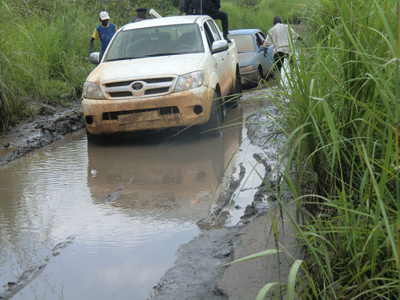 During the morning session, I prepared our closing meeting. It will be on Sunday afternoon, possibly with continuation the next morning. The meeting will be about the registration of Congo Support Group (CSG), the taking of decisions and the division of responsibilities until October, when CSG is supposed to launch entrepreneurial training here in Congo-Brazzaville.

After breakfast we started the return trip to Brazzaville. Here, it is quite normal to have some problems associated with travel. Road conditions were not the best this day. In the morning it had started to rain following a bang of thunder. Outside of town, the muddy gravel roads were really slippery. A moderate amount of rain + a muddy road = extreme slipperiness. Our car went straight into the ditch. The rest of the crew pushed the car out of the ditch and we were on the road again. The next ditch we paid a visit to was situated outside Lutete. Here, the car just dropped the road, spun around and into the ditch. This time, the car managed to get up by itself thanks to the four-wheel drive. The next incident arrived when one of the cars died. The fuel supply had stopped to work. Half an hour and it was fixed.

Then we came to a difficult passage with large water-filled holes. A couple of Senegalese who had a normal passenger car were stuck. They were in Congo to buy goats. They had ten goats lying by the side of the road with their legs tied together. The goats had been unloaded to make the car lighter. It did not help, the car was quite stuck. We were able to drive around them to get past, and then one of our cars could pull the goat traders out of the hole. Joyously, they went on to the next obstacle. To use these muddy gravel roads after a rain is almost impossible unless you have four-wheel drive.

After 12 hours of driving, we arrived to the village Madingou, at 8:30 p.m. José was born and raised in this village. The people here were very disappointed when we didn’t stop and have a meeting here on the way down to Mossendjo. They had announced that if we do not stop on the return trip, they will close down the road. People are indeed talking in clear terms to their elected representatives in Congo. We simply had to stay and hold a meeting for the people of Madingou. When we arrived there were about 75 people waiting for us. Someone said there had been at least 400 earlier in the afternoon. But most had gone home because of our late arrival. The meeting was held in a room with dirt floors and tin roof. The venue was packed and there were a few short speeches by José, Joseph and Annicet. Bernt and I talked about MSG. José’s grandfather and grandmother were there; an old lovely couple. Then came the handover of gifts and they consisted of a goat, papaya, peanuts, manioc and bananas.

The meeting in Madingou was the seventh meeting we have had since last Sunday. As I have mentioned before, Annicet, Joseph and José have no party affiliation. There are thirteen MPs without party affiliation in the Parliament, and there are 139 MPs in total. We think that our friends differ from the average politician in Congo. They talk a lot about change, and that the Congolese have to start thinking differently. It’s not a question of ”what Congo can do for you, but what you can do for Congo” to paraphrase a famous politician. A challenging work orientation and entrepreneurship are needed in order for a new Congo to emerge. José, Joseph and Annicet want change so much that they invest their own funds to create change. Our esteem of their work has increased during the week here. MSG has received a lot of attention, and we are entering a stage where our cooperation will be formalized by the distribution of tasks and responsibilities. It is only by working together we can reach real results. Together we can change the world.

After the meeting, we checked into a hostel in town. We had cooked fish and manioc for supper and then we went to bed. 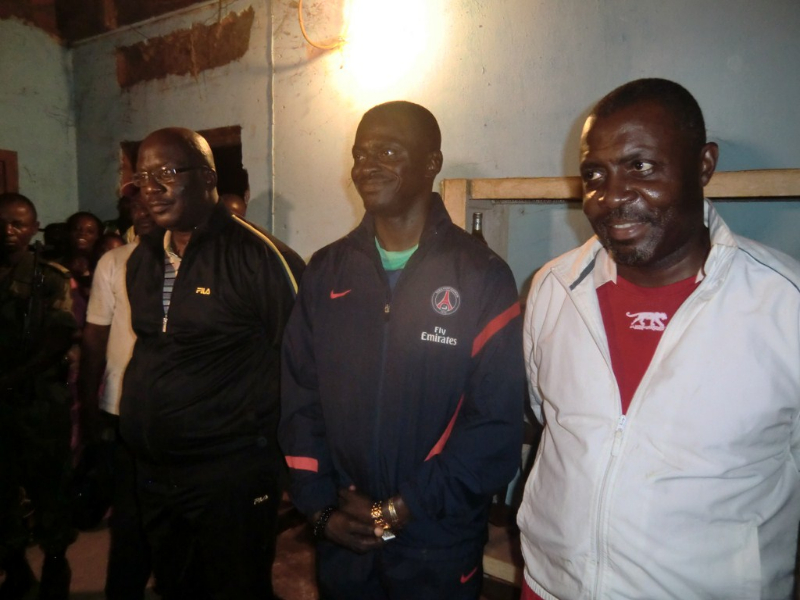 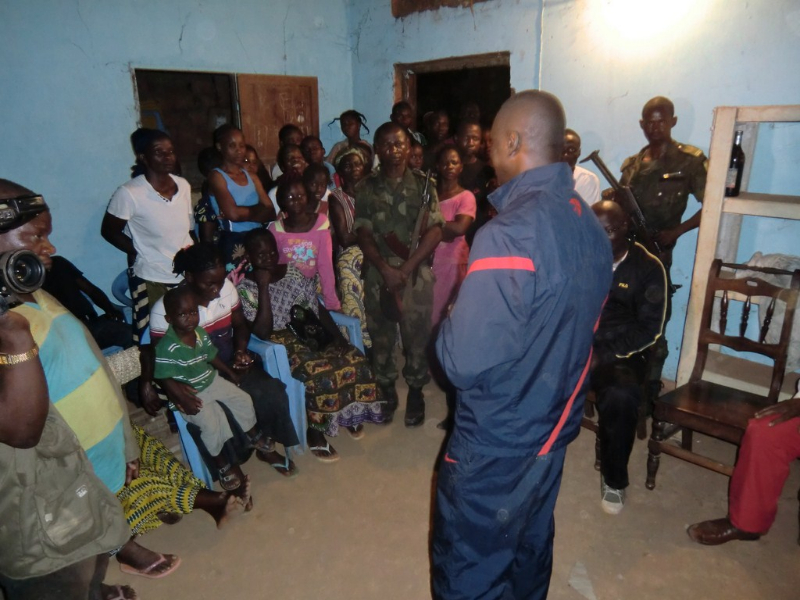 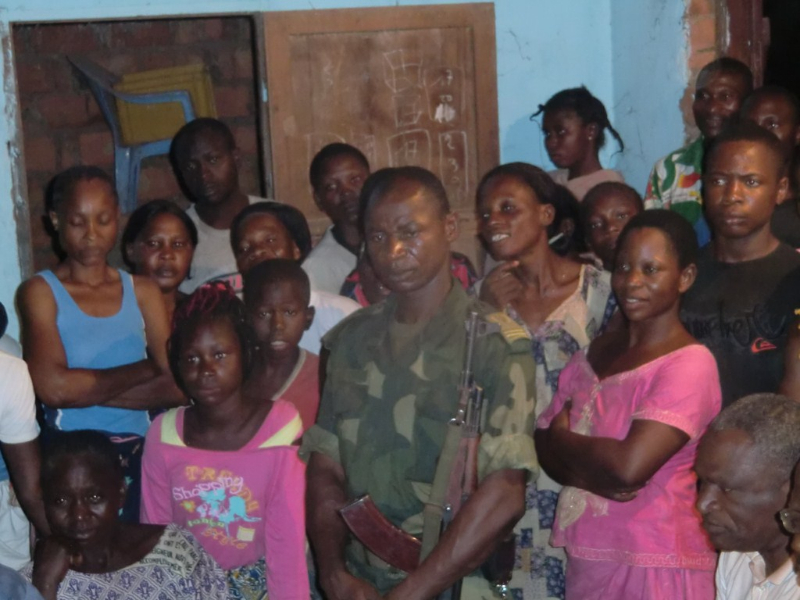 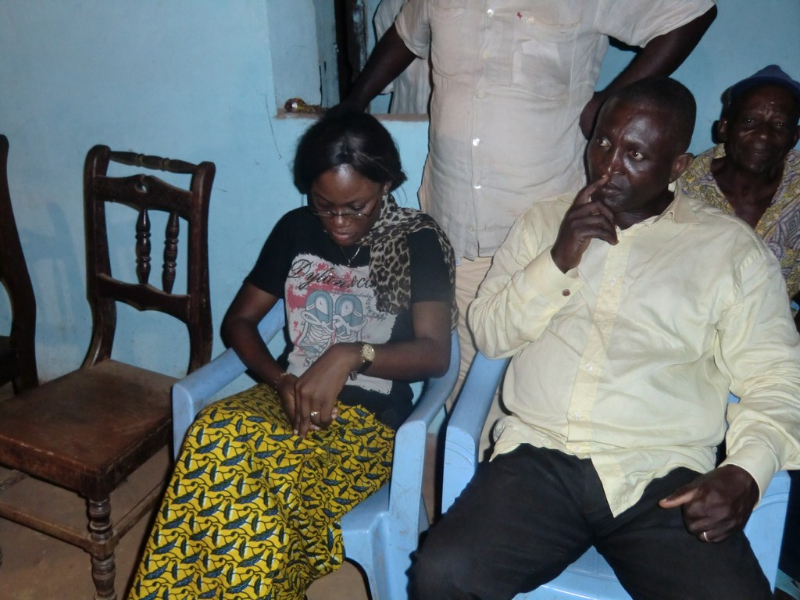 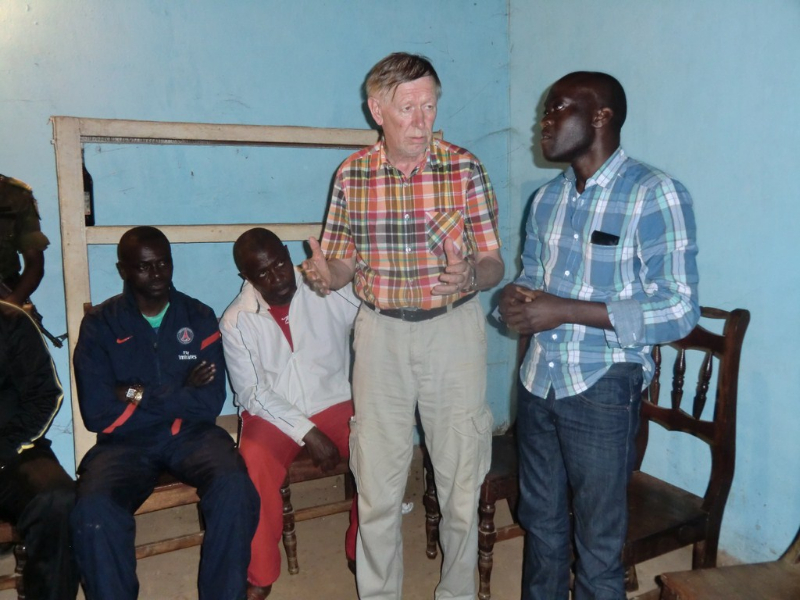 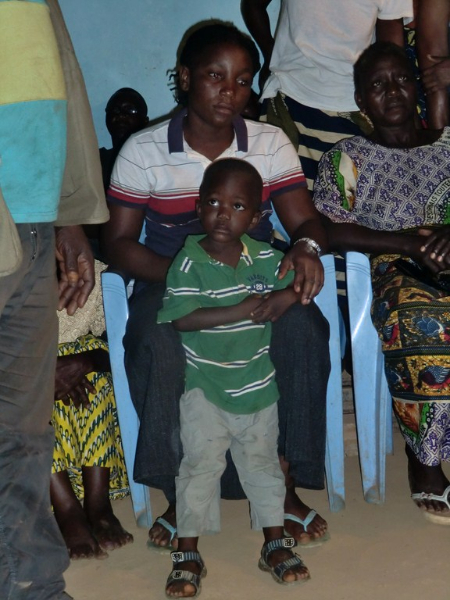 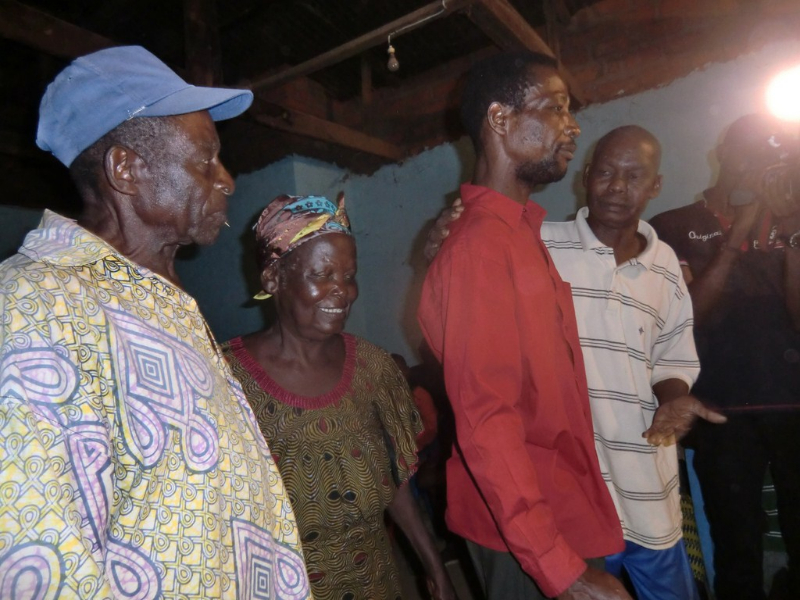 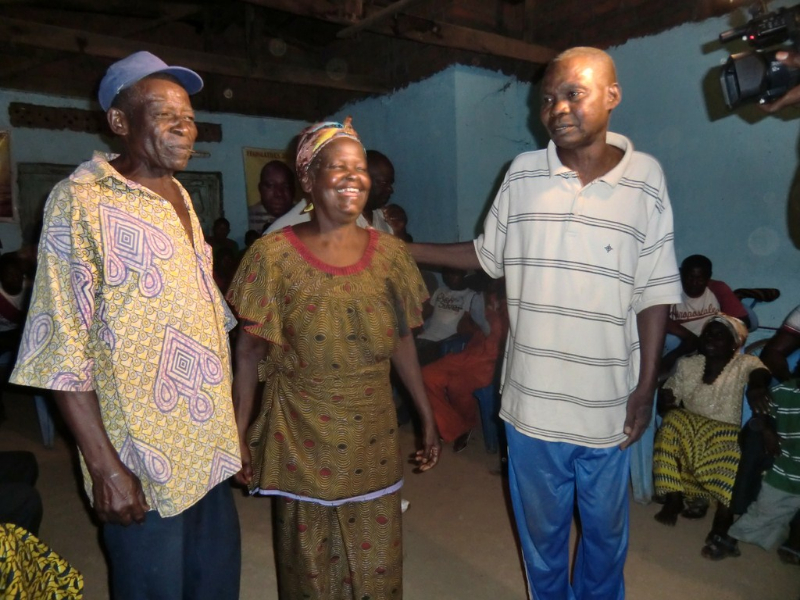 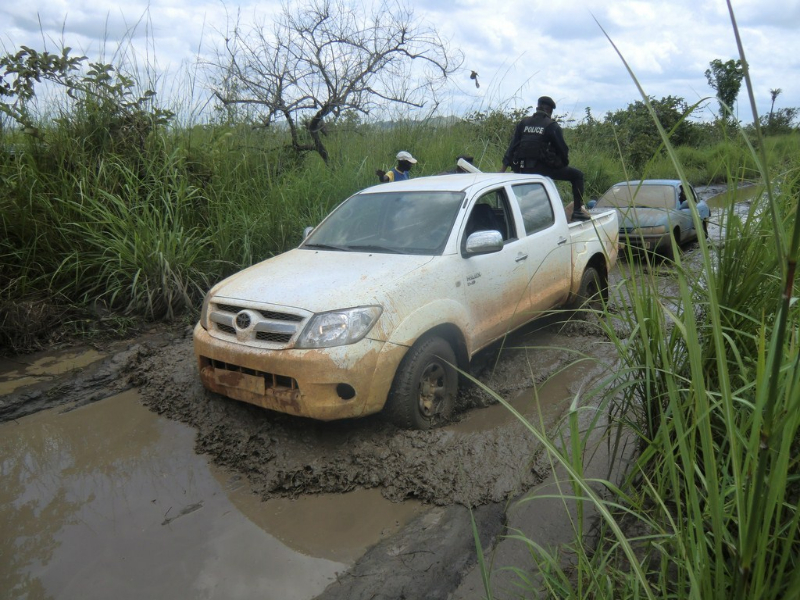 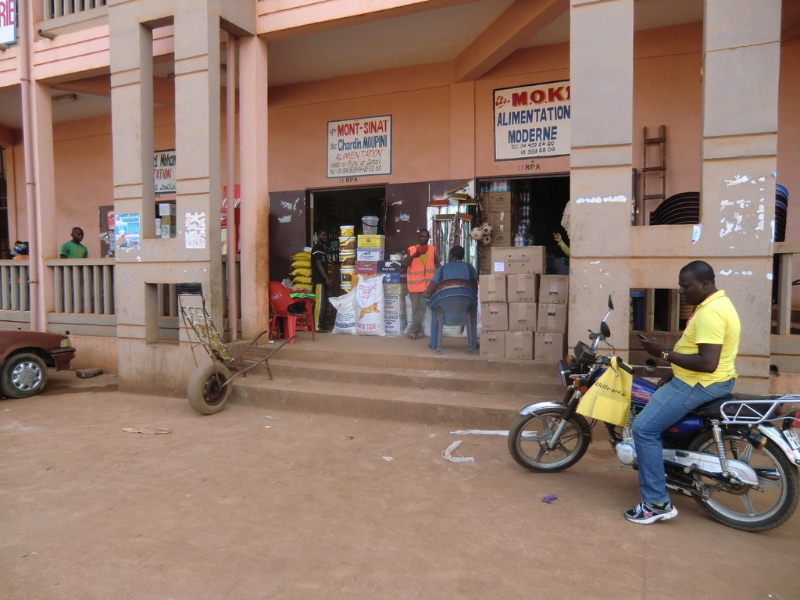 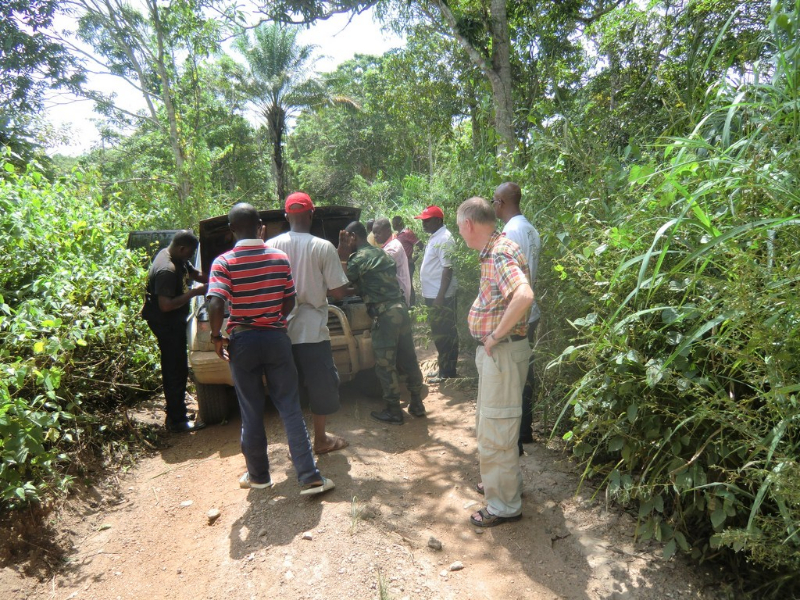 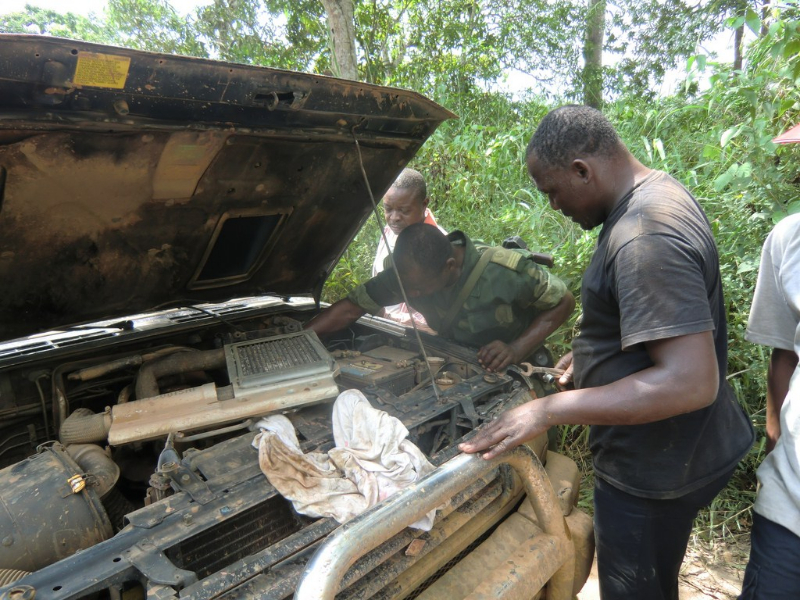